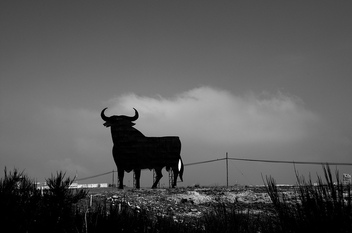 No one have control over Spain's all bloody festivals and traditions - there are over 200 of which in many animals are forced to take part in cruel entertainment - there is too much tourism, money, sangria (wine), festivities and fiesta .... the religious part is just a memory and a lie to be able to continue a cruel money milking business (tradition).

MURCIA - gives more money to THE ASSOCIATION TAURINE than to the FIGHTING AGAINST THE CANCER.

How on earth shall we teach our children to respect other living beings, when the EU allow countries to torture animals by claiming their right to practice culture, religion and tradition. Many countries are also turning a blind eye when the people rely on superstitions.