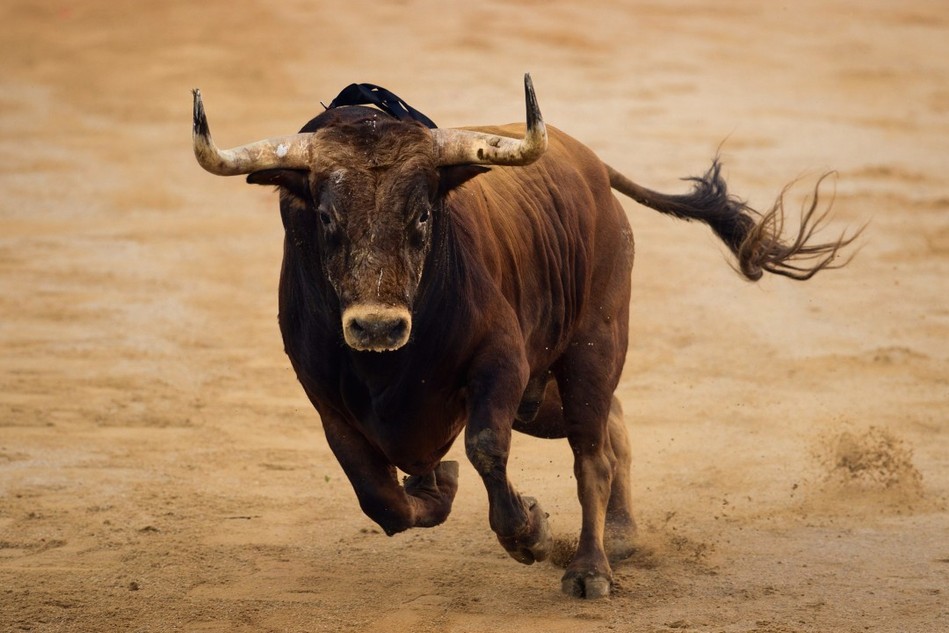 Bullfighting is nothing more than a prolonged painful death - performed and viewed by people who lack empathy that an animal is suffering - and that all living beings can feel pain. 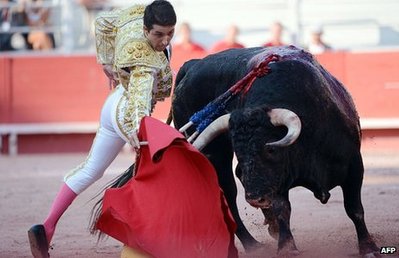 Bullfighting takes place in the south of France. Both Spanish-style bullfights and local bullfights are organized. The bullfighting season in France runs from February up until October.

During Spanish-style bullfights, more than 1,000 bulls a year are killed. The Spanish bullfighting industry is clearly present in the south of France and the bulls come from Spain and France. 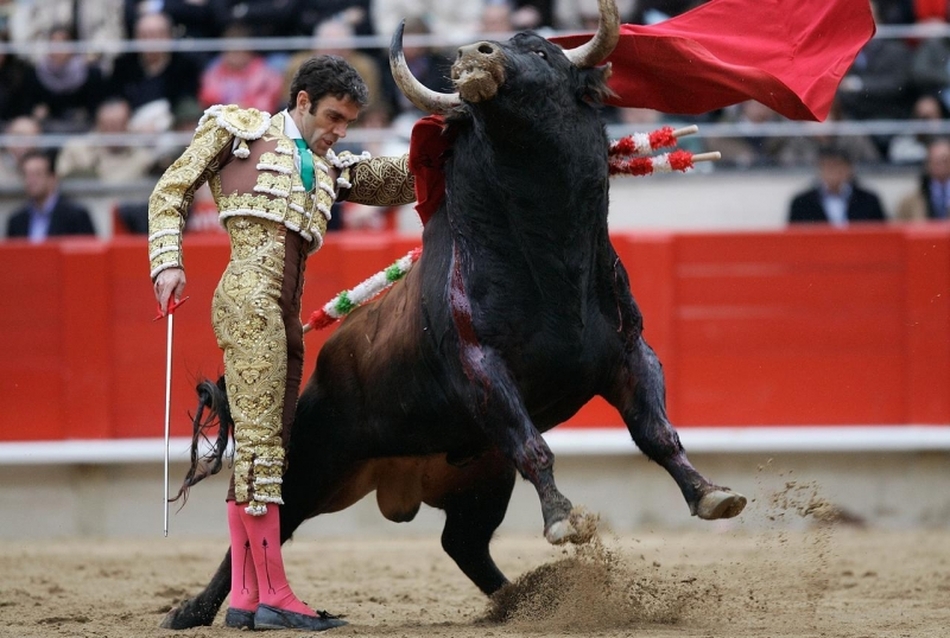 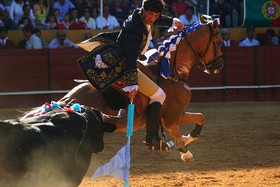 Bullfighting in Portugal - Touradas Portuguese-style bullfights are called touradas or corridas de touros, and it is distinguished by the fact that the main bullfighter 'fights' the bull on a horse. It should not be confused with the rejoneo, with is a similar horse bullfight performed in other countries, such as Spain.

First, the bullfighter stabs a special bandarilha (stick with harpoon-like end) which breaks on impact leaving the metal end stabbed in the bull while the wooden end stays with the rider and now reveals a small flag which is used to tease the bull to chase the horse. Then, several bandarilhas (often 6 or more),  similar to the banderillas used in Spanish-style bullfighting (but a bit longer) are also stabbed into the back of the bull, to produce pain and blood loss. 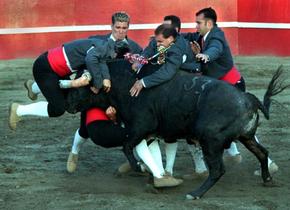 The second and last part starts: a group of eight men on foot called forcados challenge the bull, without protection or weapons. The front man provokes the bull into a charge to perform a pega de touros ('bull catch'), and when he does so he hangs on to the animal's head. He is quickly aided by his companions, who surround and hold on to the animal from head to tail until it is subdued.

In Portugal, more than 4,000 bulls a year are killed for bullfighting and other cruel events. Bullfights are also organized on the Azores Island (an autonomous archipelago that belongs to Portugal), such as on the islands Terceira and Graciosa. Both islands have their own bullring. 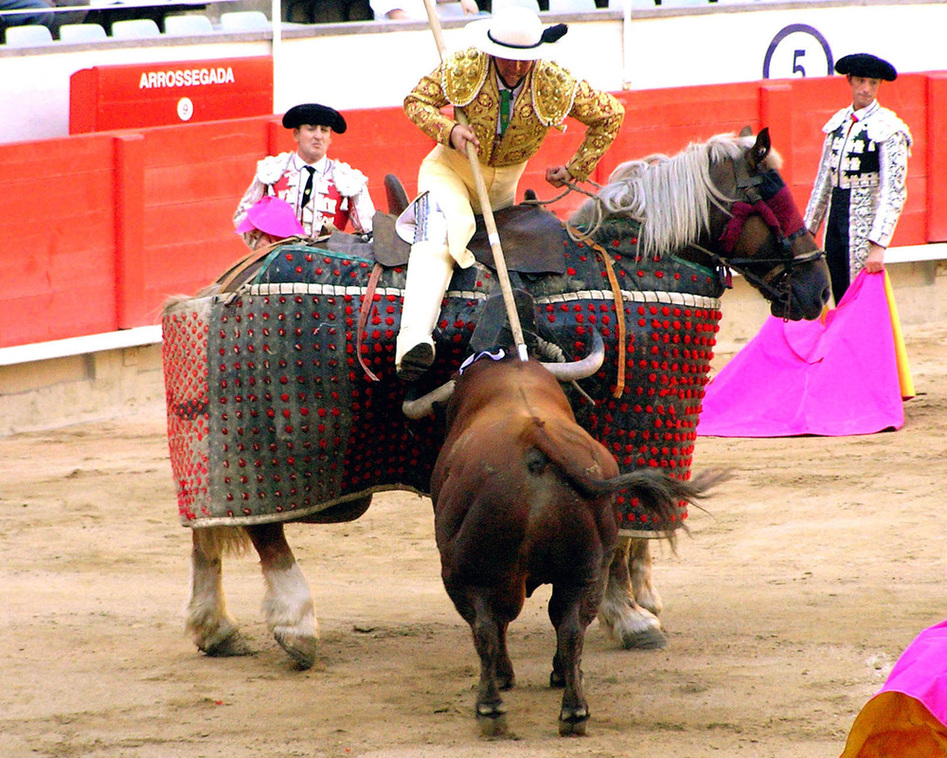 In Spain, several forms of bullfighting are organized. The bullfighting season runs from February up until October, during which an average of 30,000 bulls is tortured and killed. 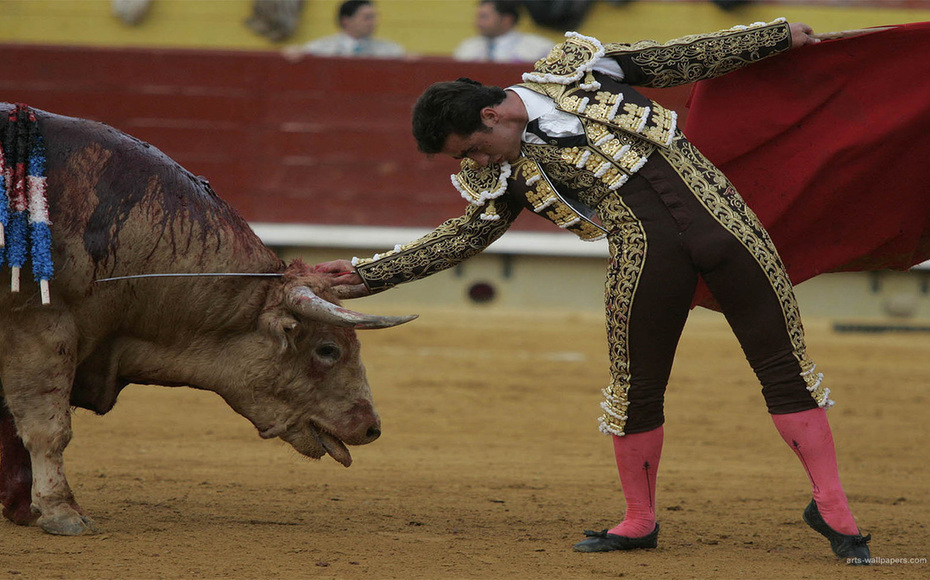 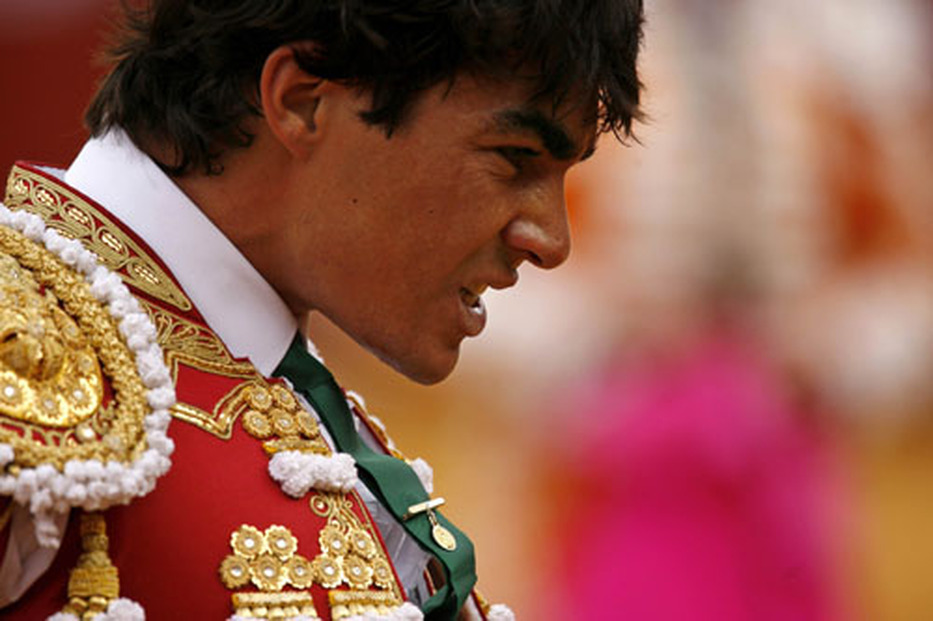 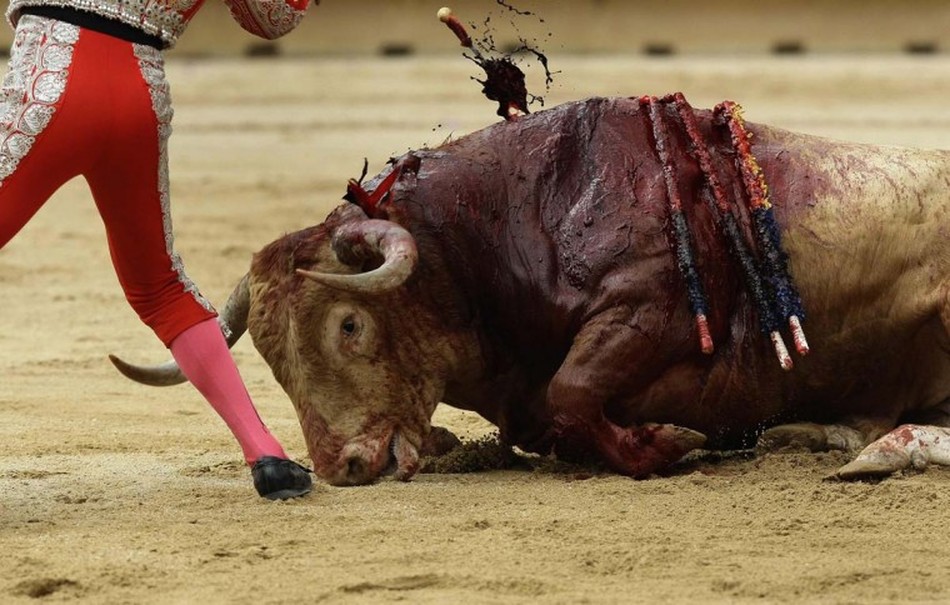 The situation has not improved for the animals in the European countries - rather the contrary. Portugal has introduced a ban to kill the bull in the arena - but often at bullfights over weekends and where the bull survived the bullfight, the bull is abandoned, badly wounded behind the scene until an authorized veterinarian arrives on Monday and kill the animal - many times, the animal had died alone in agony - before the veterinarian had time to arrived. France, Portugal and Spain are fighting by all means to keep this cruel tradition and culture alive, even though both citizens and tourists begin to lose interest in this cruel "sport". Spain has even opened up the previously banned television broadcasting to try to revitalize the interest in bullfighting.

Tips for tourists - As a tourist, you can help to end bullifighting. 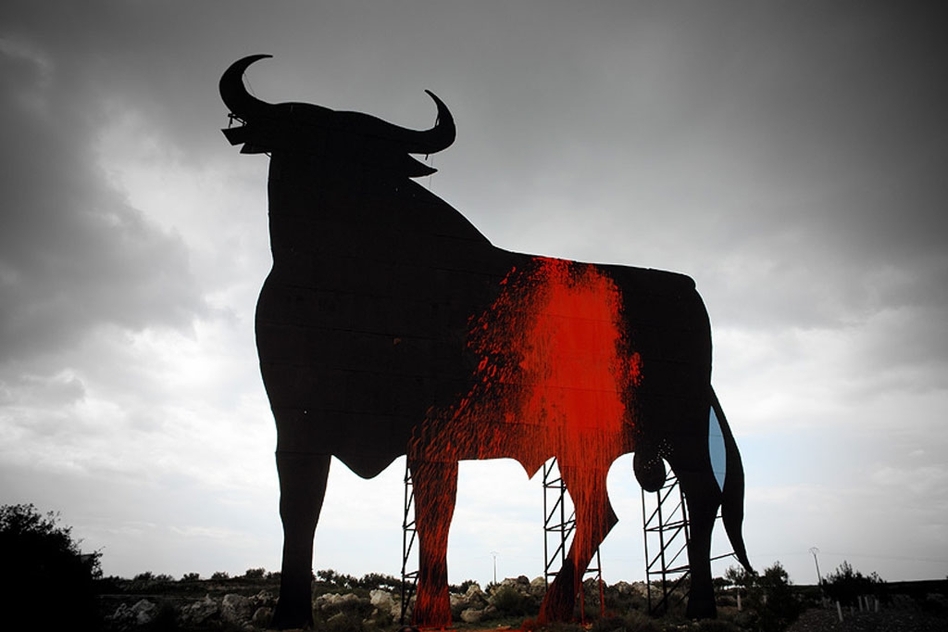