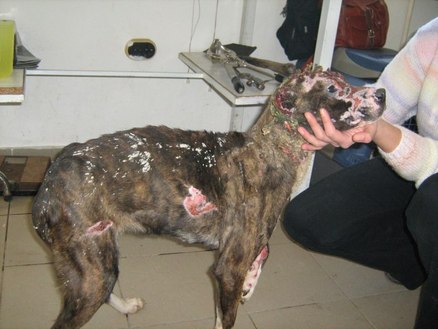 Dogs are neutered by incompetent vets and put back on the streets shortly after, where they usually die - shelters filled with malnourished dogs surrounded by feces - dead bodies everywhere - dogs become cannibals because they are starving.

This is how the EU member state - Bulgaria - complies with animal welfare laws and protection and signed European Convention for the Protection of Pet Animals! 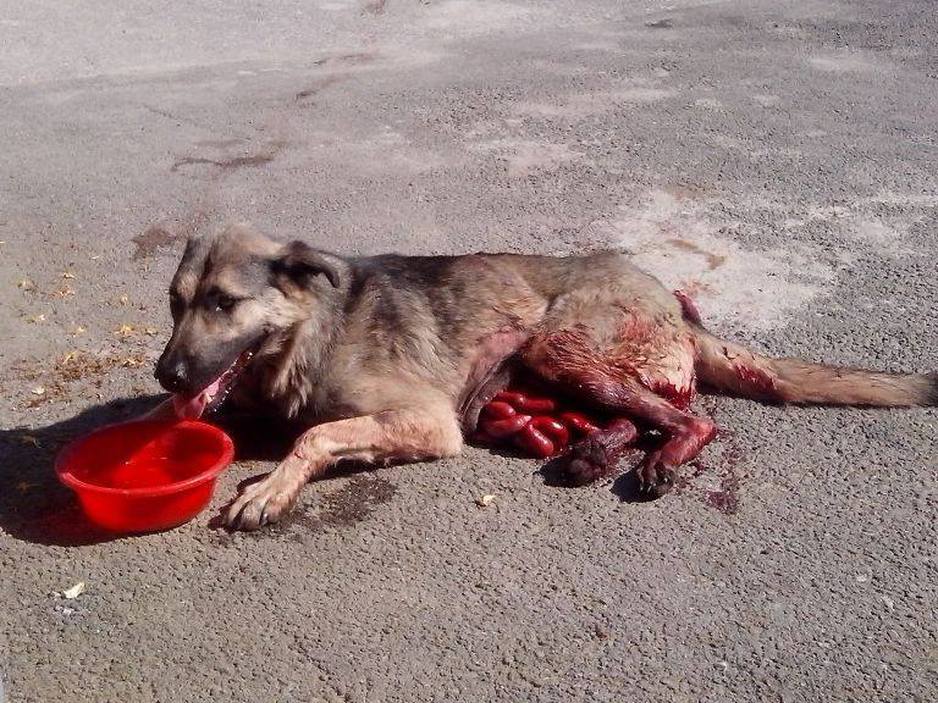 Many stray dogs that are neutered, are forced to return to soon to the harsh life on the street - with fatal consequences. 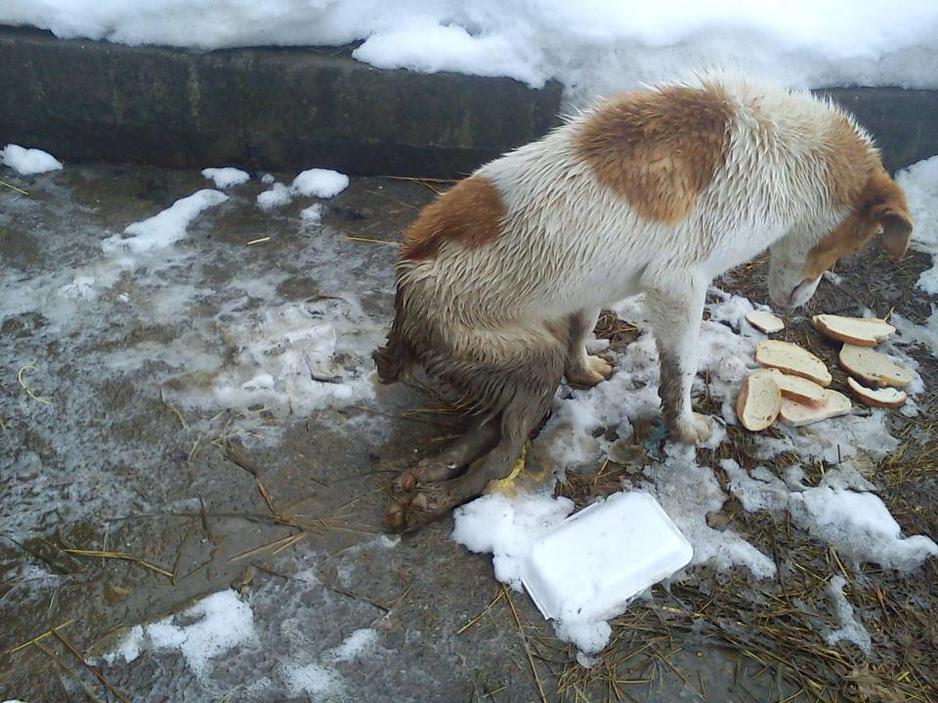 Many dogs (and cats) are hit by cars and left to their fate - those that survive have to live on alms - usually on old bread.
This particular dog was rescued and is now adopted - but thousands of his friends in Europe are still suffering in the same way. 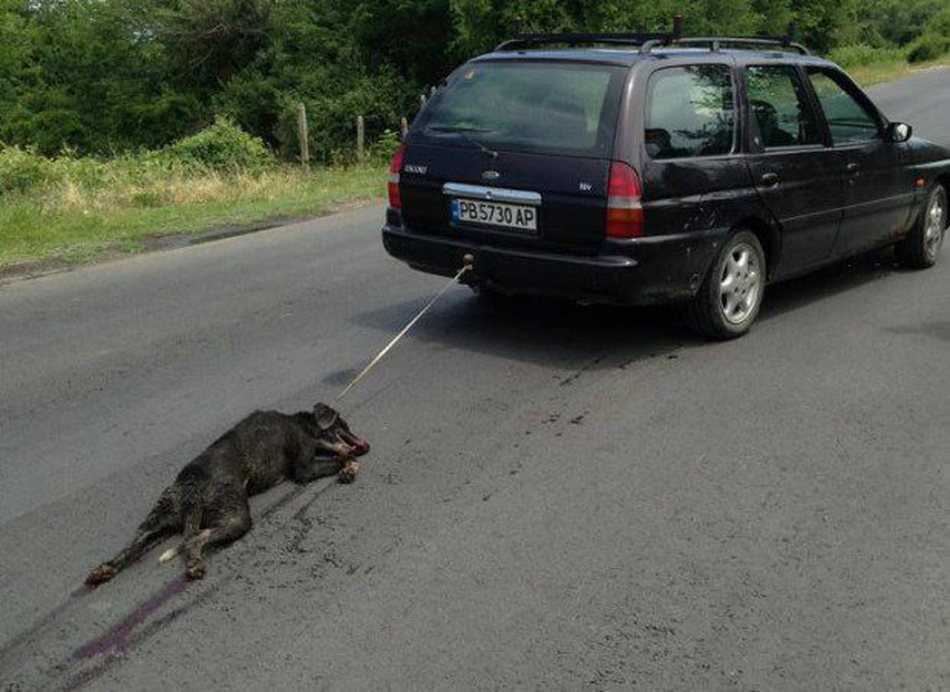 07.06.2013 - A dog was dragged behind a car with the registration number Plovdiv. The drama took place in the village of Kamena. After people rushed to the scene (one took evidence photos), the man fled from the scene - source.

The police found out that on Friday noon a 55-year-old man from the same village decided to punish his dog he was taking care of and tied the animal to the drawbar of his car and dragged it to a nearby ravine in the village and threw it there. The dog was found on Saturday alive, suffering grazes on its body. It was taken to a vet and the case was referred to the prosecutor on duty at Asenovgrad Regional Prosecutor’s Office. News reports - movie