Never be silent - disclose, spread, share and pass on - the animals need your voice and awareness - they can not speak for themselves!
Many people are unaware of the great suffering that animals are subjected to.

The public are not given the information necessary to form an accurate opinion.

Neither all the politicians or journalists know the extensive animal cruelty - buried truth comes with disinformation.

You're helping the animals by disseminating the truth - please do! 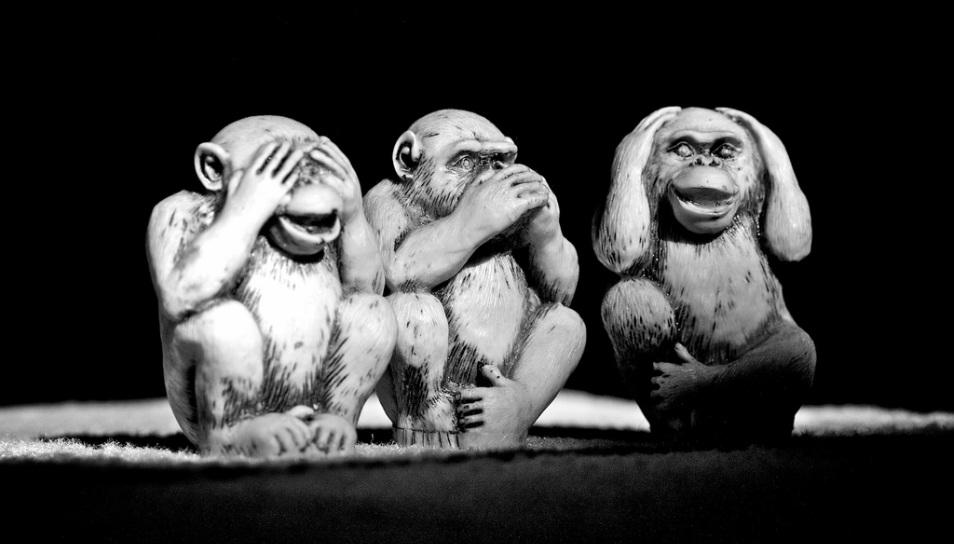 The three wise monkeys (Japan), sometimes called the three mystic apes, are a pictorial maxim. Together they embody the proverbial principle to "see no evil, hear no evil, speak no evil".

There are various meanings ascribed to the monkeys and the proverb including associations with being of good mind, speech and action. In the Western world the phrase is often used to refer to those who deal with impropriety by turning a blind eye - Source