The Barrel Dogs of Greece (EU) 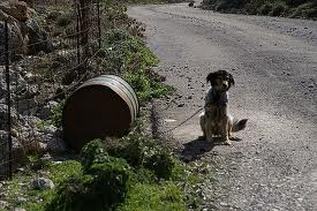 In Greece seen many dogs as tools that can be replaced and not as living, sentient beings with needs - The Barrels Dogs - the farmers have the dogs chained at roadsides or inaccessible areas to act like "sheep and goats scare" for to keep sheep or goats on the right track when they move between grazing lands or be milked. The milk is used to produce, among other things, the famous Greek Feta cheese.

The dogs live horrible lives and rarely receive attention - water, food or veterinary care. They live a lonely and sad life. They usually die of starvation, dehydration, heat stroke or disease before the age of two years.

They are just tools that farmers will replace when they die. Under the Act, it is prohibited to treat dogs in this way, but Greece Government really do not care - Feta cheese production is most likely involved in these atrocities, Greece proud brand (PDO)
Interview with the founder of Greek Animal Rescue on Greek Tv - (greek language). 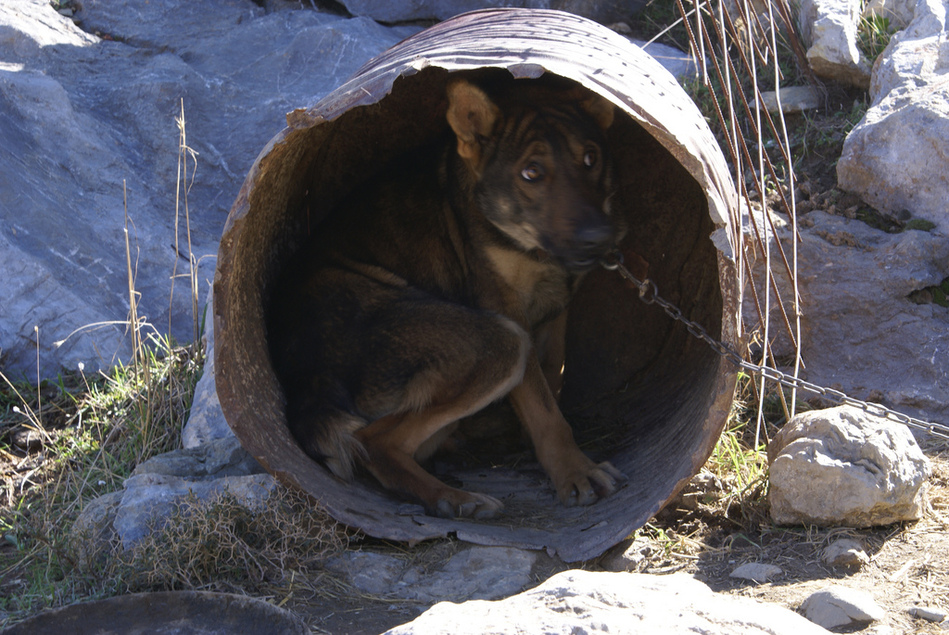 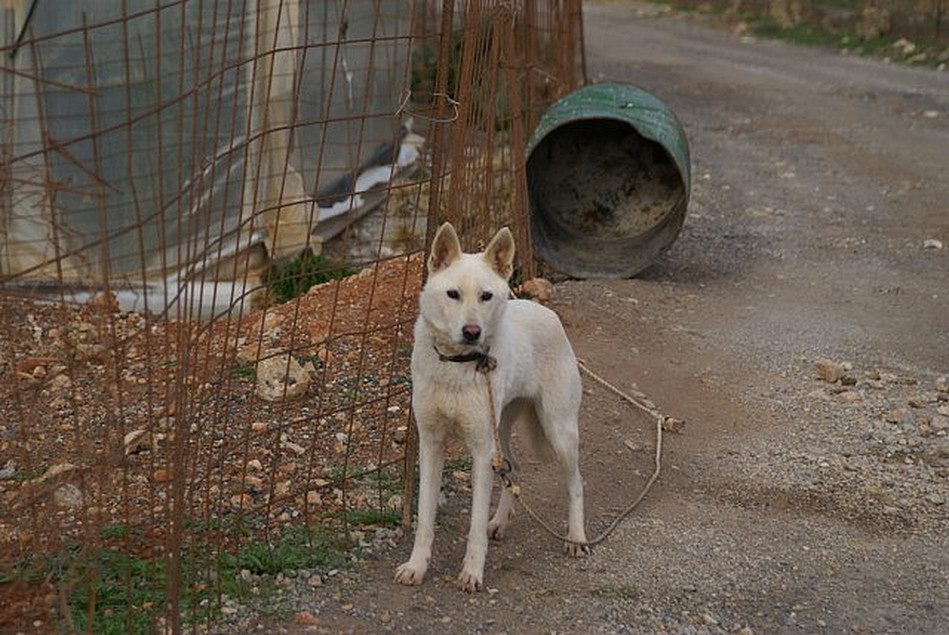 Scientists have recently concluded that the dog has a predisposition to exhibit a social intelligence that is uncommon in the animal world - which means that dogs not only suffer physically but also mentally by this cruel treatment. 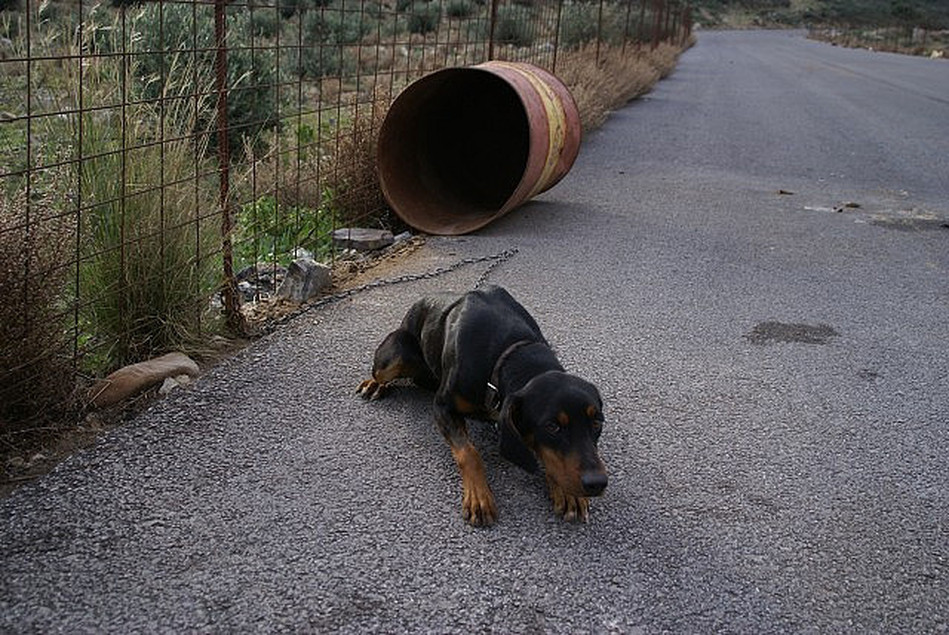 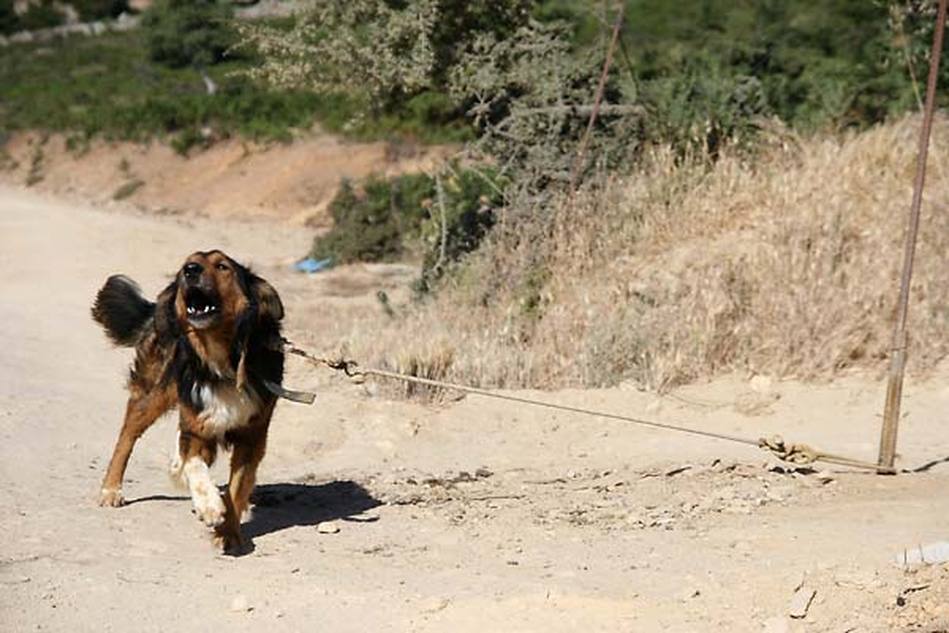 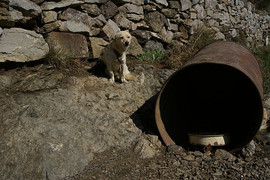 Crete, one of the many tourist islands in Greece that hides a grim secret - Forced to live chained up on one meter chains or shorter, with an old rusty barrel for a dog house, or even no barrels or any protection at all. They mostly living down deserted roads and tracks and rarely seeing anyone.

Their shelters do not give any protections to bad weather and they are like ovens during the summer months providing no relief from the scorching sun. To add to their misery - they may have some dirty water or no water or food at all.

They are mostly young dogs craving human companionship, most of them die before they are one year old. These dogs are overjoyed when they receive a kind word and a gentle touch - how harrowing it must be, to hear the dogs bark, cry and strain at the end of chains as if saying: Please come back! I only want some love and attention.

One wonders how a person's brain works and how a government operates - when someone can do this deliberately to a dog - without legal consequences.

So-called Barrel Dogs live to serve as "scarecrows" or "doorbells" to farmers and to homeowners, but all to many dogs in Greece live tormented lonely life because of owners who do not understand or do not care that animals have feelings or are thirsty, hungry and need closeness and love. 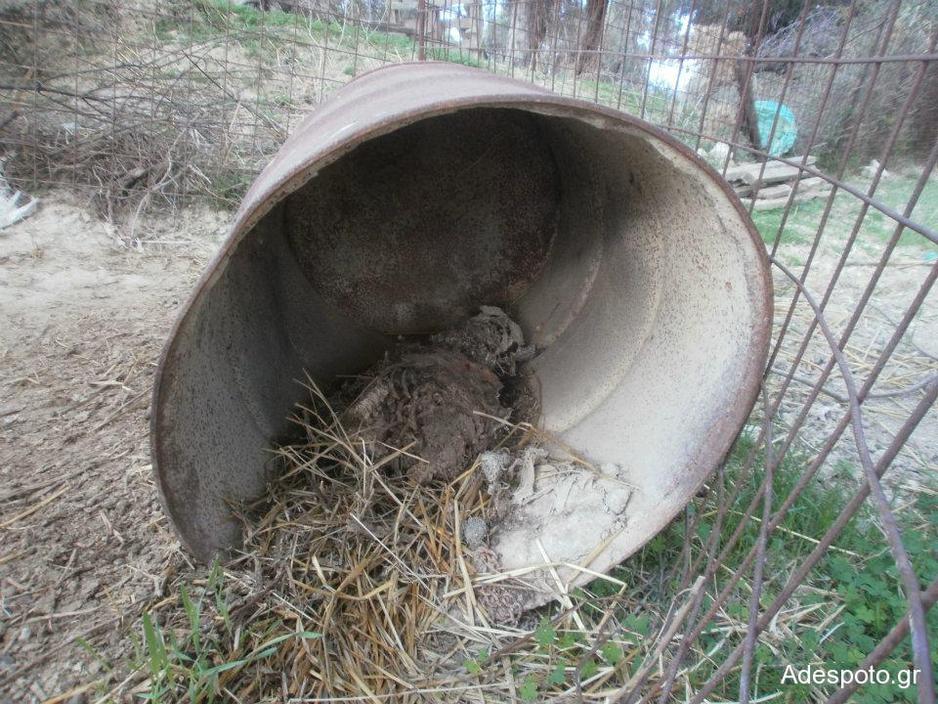 One of many dogs that died a horrible death - because of insensitive owners and slack government.