﻿
Beneath the streets of Romania´s capital - a living hell﻿. 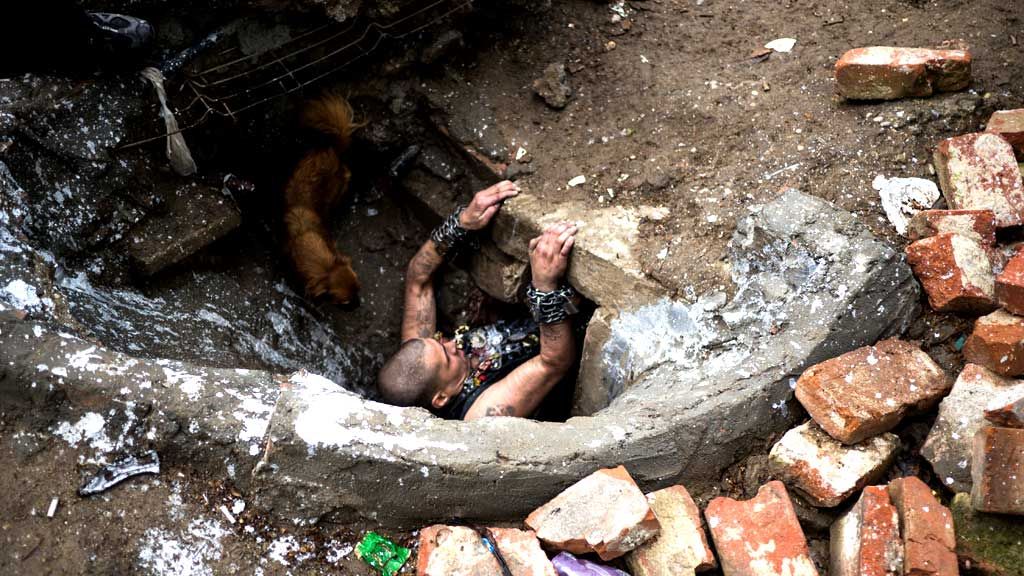 Deep under the streets of Bucharest - in Europe, in the 21st century - there is a network of tunnels and sewers that is home to hundreds of men, women and children stricken by drug abuse HIV and TB.
You can travel to the heart of the EU from Bucharest's Gara du Nord, write Paraic O'Brien and Jim Wickens, but our journey will take us just a few metres. On the surface, the newest member of the European club has worked hard to redefine itself. But there's another Romania, underground.

When Ceausescu fell there were tens of thousands of children in orphanages and in state "care" in Romania. But in 1990 a series of reports revealed what a nightmarish misnomer that was. Scenes of neglect and cruelty reminiscent of the concentration camps.

So what happened to those children?

This video contains strong scenes of drug use that some viewers may find distressing. All photos courtesy of Radu Ciorniciuc / Casa Journalist 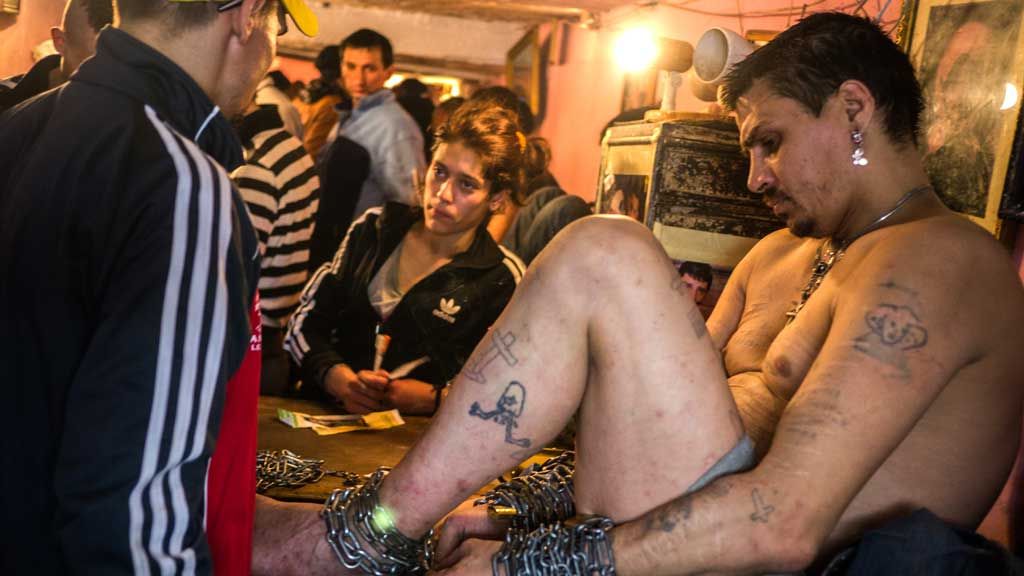 We've been told that some moved into the tunnels underneath Bucharest. Drug addiction is rife, some have had children of their own.

The entrance to this underworld is a hole in the pavement on a traffic island in front of the station. By late afternoon they start to wake up, clambering up out of the ground like the undead.

Among them is a little boy, Nicu, who looks about 12. We find out later that "little" Nicu is in fact 17 but his development has been stunted by the drug abuse. He agrees to send word down that we would like to meet the boss. 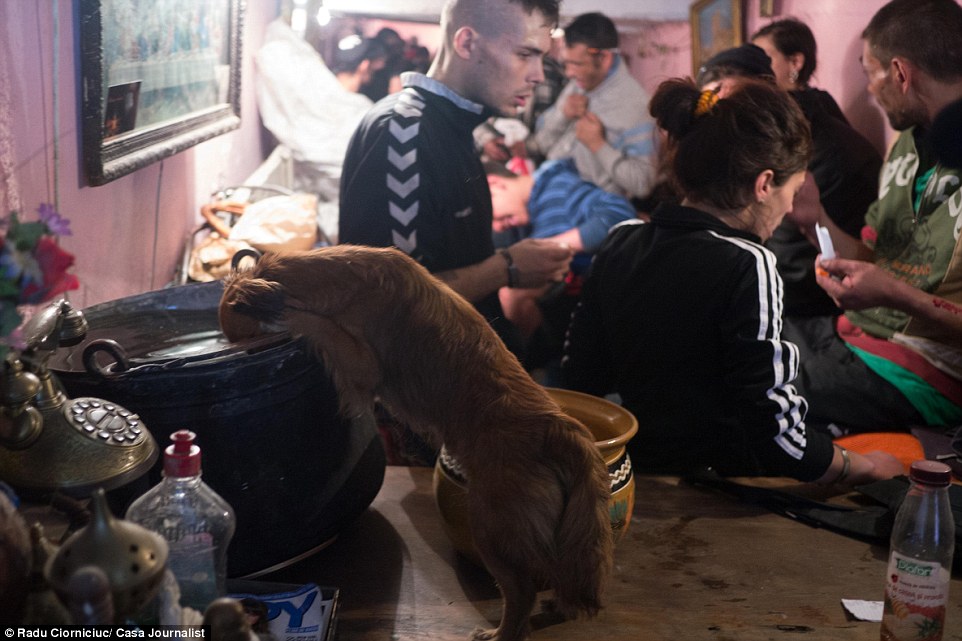 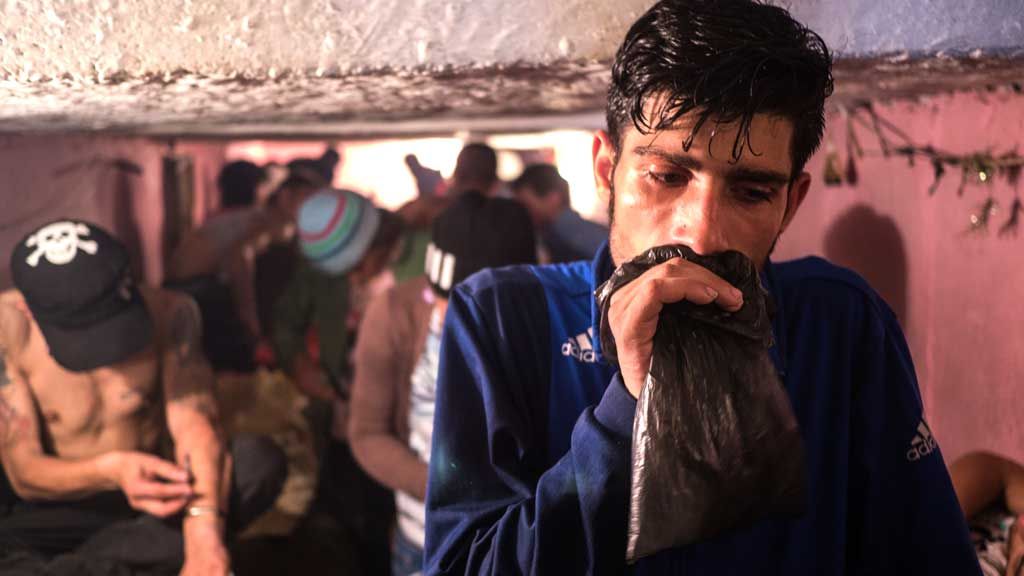 This underworld, we're told, has an overlord and you only get to go down by invitation. A couple of hours later and word comes back up: he will see us now.

On our hands and knees we pothole down into the darkness and a parallel universe. It's the heat that hits you first. These old tunnels were part of Ceausescu's grand design to centrally heat the city.

Then there's the smell: a metallic paint called Aurolac, snorted by the addicts from small black bags. Next up the music. 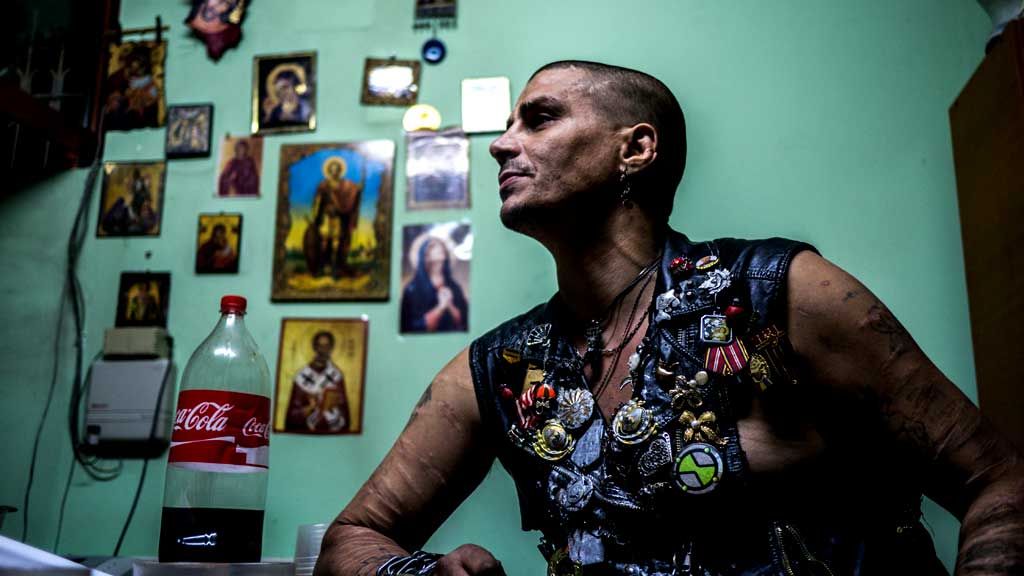 The whole place is wired with electricity, there's a stereo system pumping out dance music. If they had a club night in hell it would feel like this.

We're in the first chamber: they call it The Office. You try not to gawp. Out of the corner of your eye, a woman with a syringe between her legs; a little boy stares at you with the Aurolac bag at his mouth, pumping slowly, like a black heart.

Everyone here is HIV positive, a quarter have TB. They're all on their way to "the counter".

The man behind the counter is called "Bruce Lee" (pictured above) after his street fighting days. He points to a tattoo on his inner thigh, it reads: "Bruce Lee, King of the Sewers".

He will be our guide down Bucharest's surreal, tragic rabbit hole. Source

Life UNDER the streets: How the diseased and destitute are forced to carve out a grim existence in the sewers of Eastern Europe - Dailymail