There are 3 main requirements for sellers:This information should be provided at every stage in the production and distribution chain and kept for 5 years. 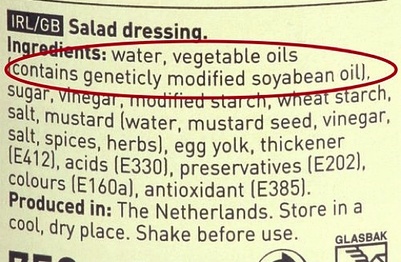 Labelling
Final consumer packaging or pre-packaged products containing GMOs should be labelled: ‘This product contains genetically modified organisms [or the names of the organisms]’.

Inspection and checks
EU countries must carry out inspections, sample checks and tests, to ensure the rules on GMO labelling are followed. Each country must also impose effective penalties for infringements. Products can be withdrawn if they have unforeseen adverse effects on health or the environment. The national authorities are given technical guidance by the European Commission. The Commission keeps a central register of GMO reference material, used to detect GMOs authorised in the EU, as well as information on unauthorised GMOs.

Exemptions
FROM WHEN DOES THE REGULATION APPLY?
It has applied since 7 November 2003.

KEY TERM
* Genetically modified organisms – plants or animals bred to have higher yield or to resist disease, by modifying their cellular and genetic make-up.

ACT
Regulation (EC) No 1830/2003 of the European Parliament and of the Council of 22 September 2003 concerning the traceability and labelling of genetically modified organisms and the traceability of food and feed products produced from genetically modified organisms and amending Directive 2001/18/EC (OJ L 268, 18.10.2003, pp. 24-28)
Successive amendments to Regulation (EC) No 1830/2003 have been incorporated into the original text. This consolidated version is of documentary value only.

RELATED ACTS
Directive 2001/18/EC of the European Parliament and of the Council of 12 March 2001 on the deliberate release into the environment of genetically modified organisms and repealing Council Directive 90/220/EEC — Commission Declaration (OJ L 106, 17.4.2001, pp. 1-39). See consolidated version.
Communication from the Commission to the European Parliament, the Council, the European Economic and Social Committee and the Committee of the Regions: Reviewing the decision-making process on genetically modified organisms (GMOs) (COM(2015) 176 final of 22.4.2015) - Source 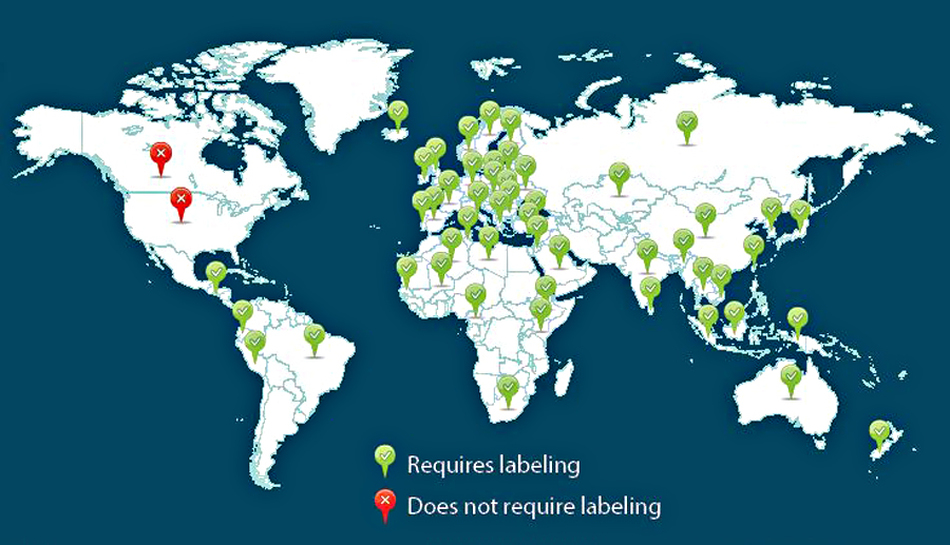 What is a genetically modified organism, or GMO?
Genetically modified food is made by forcing genes from one species (bacteria, virus, animals, or humans) into the DNA of crops or animals in order to introduce a new trait.  GMOs are usually engineered to withstand herbicides and/or to produce an insecticide.
GM food has no long-term data in humans, but several animal studies have found concerning results. These studies indicate serious health risks such as infertility, immune problems, accelerated aging, faulty insulin regulation, and changes in the gastrointestinal tract and major organs.

Not only are GMOs potentially dangerous, but they have also not lived up to their initially claimed benefits, such as increasing crop yields, more food production, weed and pest control, and drought-tolerant plants. Farmers are not able to re-use GMO seeds and must buy seeds every year from biotech companies such as Monsanto, DuPont, and Cargill. GMO seeds will not feed the world; in fact, they have not increased the yield of a single crop.

In order for GMO crops to grow, you must use a huge area of just one crop which depletes the soil faster than growing a variety of crops together such as organic farmers do, and yields less crop per area.
Sure GMO crops can resist Roundup®, but these crops do not control weeds and pests; instead, they have led to the emergence of super weeds and super pests – much like the incorrect use of antibiotics can lead to resistant bacteria. And these super weeds which are becoming immune to Roundup® can only be killed with higher and higher amounts of chemicals. The active ingredient in Roundup® – glyphosate – has been shown to cause birth defects and reproductive problems in animals at low concentrations.

The logic is backwards.  We plant huge fields of a single crop which depletes the soil and makes the crops unhealthy so that pests can injure the crop.  Instead of making the soil and plants healthier using organic compost and biodiversity of crops, Monsanto (maker of Agent Orange and other dangerous chemicals) develops Roundup® to kill the weeds. Since this dangerous chemical will also kill crops, now they come up with GMO strains of crops which can withstand the Roundup® – cha ching!  Instead of fixing the problem, come up with a solution that simply masks the problem and needs another money making intervention to work. 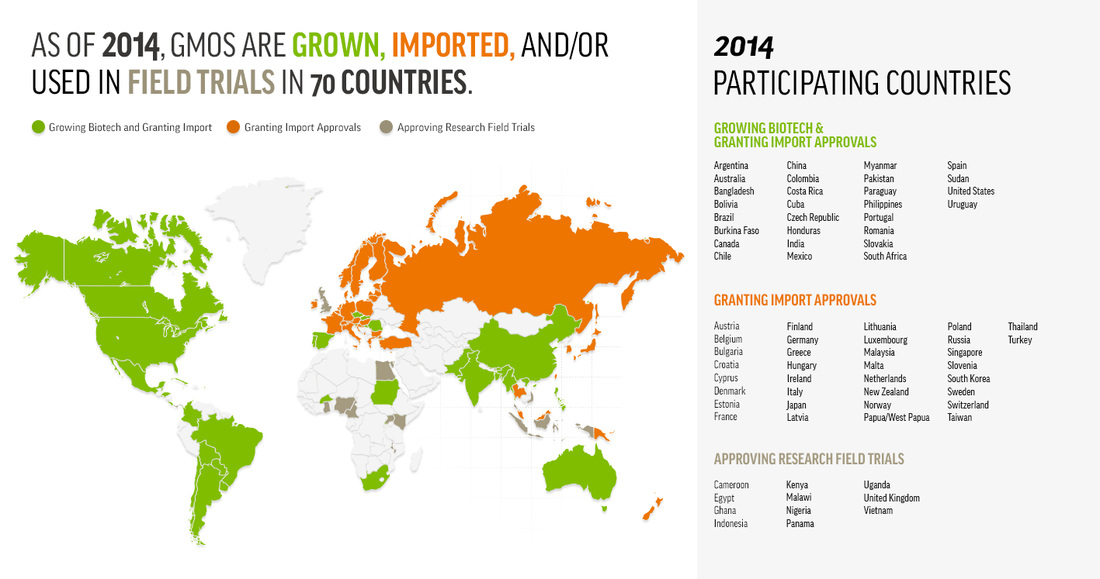 Biotech companies have patents on GMO seeds and can therefore restrict their use.  Even if a seed naturally drifts over to a non-GMO farm and contaminates it, companies like Monsanto can sue that farmer. And they have!  Is it really appropriate for large corporations to ‘own’ nature?

How can you protect yourself from GMO ingredients?
Unfortunately, in the states, unlike Europe, GMO ingredients do not need to be labeled as such. So if you are not buying certified organic products, there is a good chance you are eating GM products. You can also look for the Non-GMO project verified seal.

Read labels (USA) and avoid these ingredients. You can check out ﻿NonGMOShoppingGuide.com﻿ (there’s even an app for that!) for details on specific products.  Buy whole organic foods and cook from scratch as much as you can to avoid GMOs - Source
Pets & GMOs
The American Academy of Environmental Medicine, among others, has raised a warning, based on some animal studies that GMO food consumption could be linked to health risks like infertility, immune disorders, insulin regulation, and more.  We believe that feeding your animals and pets is just as important as what you feed our family because our pets are our family.
Consumers are becoming increasingly aware of the environmental hazards and health risks for humans and animals presented by the use of genetically modified plants for animal feed. In the United States, genetically modified crops have been used for animal feed since 1996 when they were first introduced.The top six genetically modified crops (soy, cotton, corn, canola, sugar beet, and alfalfa) continue to be widely used for animal feeds worldwide, and especially in the U.S.