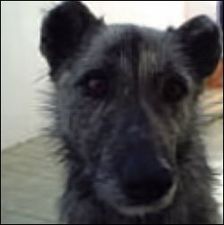 Updated - Tuesday, 19 February 2013 - The president of the association that ran the Animal Park in Torremolinos - Carmen Marin Aguilar, and one of her employees, Felipe Barco, will be tried in court for killing almost 3,000 cats and dogs over a two-year period since 2011.

The animal care centre was supposed to provide shelter and veterinary services to abandoned pets. In reality, what the Civil Guard uncovered  were dozens of dead creatures in freezers, bags and trash cans.

It is believed that the pair injected some of the animals with small doses of Dolethal and T-61, veterinary euthanasia drugs. However, neither of the accused is licensed to administer euthanasia medication to animals.

A lawyer at the Veterinary College of Malaga, has also brought a private prosecution against the accused.

Part of the investigation also centres on the irregular use of donations from benefactors of the shelter, a "large sum" of which is believed to have been spent by Marin on vacations to St. Petersburg, Boston and Marrakech. Also spa treatments with her husband, the installation of an alarm system at her home and the purchase of food and bathroom products.

As well as Marín, two of her daughters and a son-in-law are alleged to have helped themselves to money from the Animal Park's accounts.  Investigators also believe that these funds may have been increased by other "people or companies" and that the centre may have been a front for a money-laundering operation - Source

For the first time in Spain - a President of an animal protection organization - is accused and convicted for animal abuse. Young and healthy - all animal were killed to make fast money to private consumption

2011 - In the kennel of Puerto Real was collected thousands of dogs and cats annually in several municipalities in the province of Cadiz. The collected dogs and cats were euthanized with a paralytic muscle indiscriminately injecttion, causing  slow and agonizing death by suffocation that in most cases could take several minutes,while the dog or cat is absolutely aware of the situation as the substance only affects the respiratory muscles.

The horror in the kennel of Puerto Real, supposedly had going on for years. This kennel is a company listed as a limited company in the register of companies and whose sole director and owner of it is Placido Gomez Muñoz, given the fact that the name of the company is the Animal Protective Association of S. L. According to El Refugio in many cases, These businesses that collect animals just use this kind of name to looking ok - to make money - the just appear to protect animals but never do.