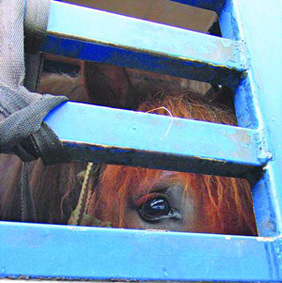 March 2013 - European Parliament misses opportunity to use CAP review to improve animal welfare - In 2005, the European Commission stopped granting subsidies for the export to third countries (outside the EU) of live animals for slaughter, but they still remain for pure-bred breeding animals.

The Commission also announced at the same time that in line with their commitments at WTO, it would stop granting all export refunds for all live animals by the end of 2013 but they have continued to be used and no phase out looks imminent.

The European Parliament could have used its vote today to send a strong message to the Commission that it needs to act now to stop these payments which promote long-distance transport of animals with the associated welfare problems. 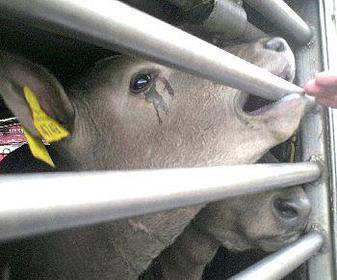 “Despite the fact that the granting of these subsidies is conditional to the respect of EU rules on animal welfare during transport, the suffering continues because the legislation is inadequate and Member States are either reluctant or unable to ensure correct implementation of these rules,” said Veronique Schmit, Executive Officer - Policy of Eurogroup for Animals.

“The Parliament has failed to act and protect animal welfare, and many animals will continue to suffer year on year.

This is totally unacceptable and we at Eurogroup, together with our members and Europe’s citizens will continue to fight to ensure that no public money is used to promote the export in live animals,” she concluded - Source: Eurogroup for Animals

Live export - a history of disasters

According to estimates, some one million animals (not including poultry) pass through the European Union each day. Cross-border trade, including imports from and exports to third countries, involves 20 million animals annually. Compassion in World Farming - The EU exports over 3.4 million animals a year – cattle, pigs and sheep – to non-EU countries. Some of the animals are exported for slaughter, others for fattening or breeding.

March 2012 - The European Parliament ADOPTED the Written Declaration 49/2011 on the establishment of a maximum 8-hour journey limit for animals transported in the European Union (within the EU states) for the purpose of being slaughtered - being signed by 395 MEPs - Written Declaration 0049/2011 - but this does not apply to transportation outside the EU and the animals suffer during all transports regardless of the number of hours. It is also very common that these transports are involved in accidents where tall vehicles loaded with animals on several floors, overturned on the road, and many animals suffer and die in the accident. 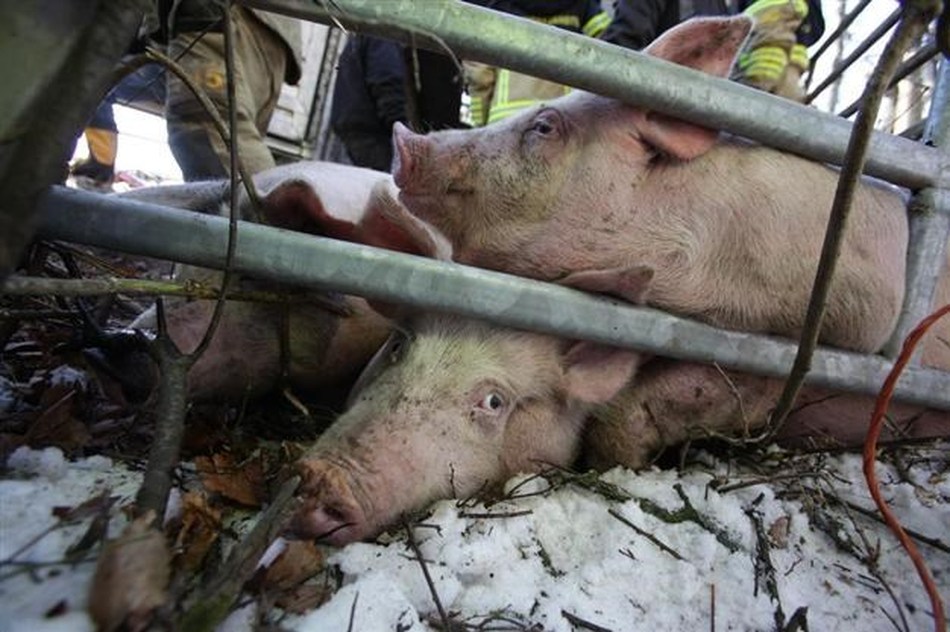 SWEDEN - A truck with 170 pigs overturned on Tuesday morning shortly after Risbrodammen on Highway 26/47 towards Mullsjö. About 40 of the animals died from the accident or had to be put down on spot. The road will be closed and will be open again at the earliest at 13 o'clock - Source and video.

They are tired and weak, they may have been forced to wait at the borders for days - without food and water. They are old and young, some unconscious, some half dead and some already dead - they are being pushed negligent - one last walk out to the new country where they will be killed - but before that, they will suffer more, because in these countries, there are almost no laws on when or how animals are killed.

Graphic - Footage from an Animals' Angels investigation in Lebanon, 2012 regarding live exports from the EU to third countries - A painful look at the reality. 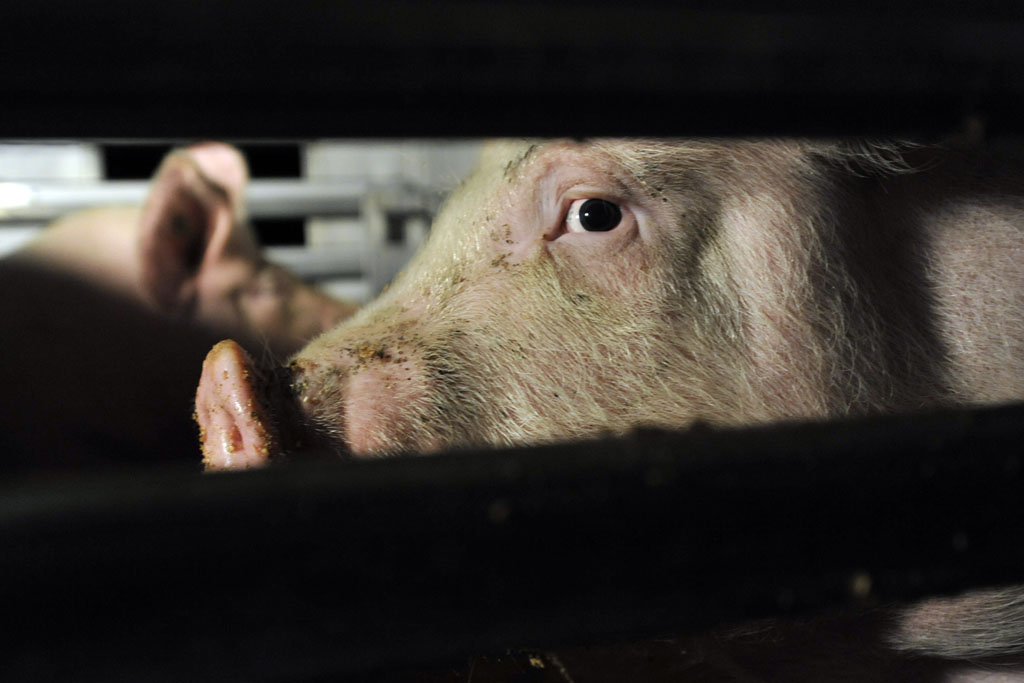 As soon as the animals stepped onto the transport carriage, these are seen as DEAD MEAT - not as sentient beings. This is the EU's approach to animals, where animals are changing feelings after what the EU has set for the label - in accordance with EU policies stop animals to be tormented and feel pain when they left the EU borders - anything goes when it comes to money.