Laws concerning animal health and welfare are regulated in the Treaties and is managed by the Department of - Health and Consumers (SANCO).

Information on animal health and welfare in the case, for example, live animal transport are processed in this Department.

The European Commission adopted a Communication laying down the Action Plan (2007 - 2013) for the implementation of the EU's animal health strategy on 10 September 2008 (COM(2008) 545 final). The Action Plan contains an overview and summary of the key actions.

A programming document for the Strategy was also agreed. That contains all the actions and their relevant details such as milestones marking important steps within the actions, organisations involved and orientative date for the completion of each action.

The information based on the programming document and presented under the different pillars below is updated regularly to enable any interested person, organisation or other parties to follow the progress of the different activities.

An evaluation of the plan was also made in 2012 for the years 2012 - 2015
The new Animal Health Strategy provides the framework for animal health and welfare measures over the next six years. It is based on the results of an extensive evaluation and a large stakeholders consultation. Given the devastating impact that serious disease outbreaks can have on farmers, society and the economy, the new strategy is based on the principle that “prevention is better than cure” (movie). The aim is to put greater focus on precautionary measures, disease surveillance, controls and research, in order to reduce the incidence of animal disease and minimise the impact of outbreaks when they do occur - draft report

The new strategy encompasses much more than just the control of animal diseases, however. It also focuses on issues which are inextricably linked to animal health, such as public health, food safety, animal welfare, sustainable development and research.

Priorities will be re-evaluated to ensure that funding and resources are employed in areas of most benefit to European citizens. Moreover, all those involved with animal health will have clear responsibilities in ensuring that the goals of the new strategy are met. The result will be an EU animal health policy that is robust, efficient and effective.

The European Commission's activities in this area start with the recognition that animals are sentient beings. The general aim is to ensure that animals do not endure avoidable pain or suffering, and obliges the owner/keeper of animals to respect minimum welfare requirements. 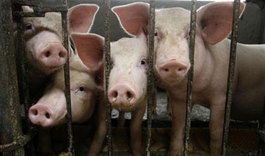 Title II of TFEU lists some key principles the Union should respect. Here an Article 13 has been introduced with the Lisbon Treaty. It states that:

"In formulating and implementing the Union's agriculture, fisheries, transport, internal market, research and technological development and space policies, the Union and the Member States shall, since animals are sentient beings, pay full regard to the welfare requirements of animals, while respecting the legislative or administrative provisions and customs of the Member States relating in particular to religious rites, cultural traditions and regional heritage."

It needs, however, to be noted that the European Union operates under the principles of conferred competences and subsidiarity. So competences not conferred upon the Union in the Treaties remain with the Member States and under the principle of subsidiarity, in areas that do not fall within its exclusive competence, the Union shall act only if and in so far as the objectives cannot be sufficiently achieved by the Member States (Article 1, 4 and 5 of the EU Treaty). As a consequence certain topics of animal protection remain under the responsibility of the Member States (e.g. the use of animals in competitions, shows, cultural or sporting events and the management of stray dogs).

This plan mapped out the EU's animal welfare initiatives for the period, and animal welfare concerns were built into the EU's long-term strategies. Today, EU law for farm animals hinges on:

The strategy was based on a 2009/2010 Commission evaluation of EU policy on animal welfare for farm and experimental animals, pets (companion animals) and wild animals in captivity.

In January 2012, the European Commission adopted its strategy for the Welfare and Protection of Animals 2012-2015.

The strategy is based on 2 pillars:

Report on the European Union Strategy for the Protection and Welfare of Animals 2012–2015, Committee on Agriculture and Rural Development - Rapporteur: Marit Paulsen

Questions and Answers on the Animal Welfare Strategy 2012-2015

International conference on the protection of animals 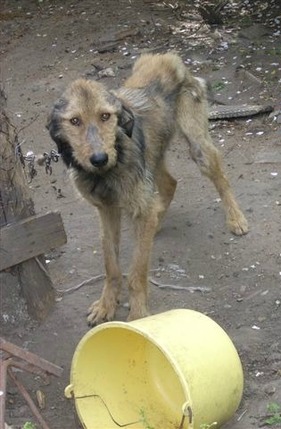 Not all animals are regulated by common treaties and laws in the European Union - in the following are animals deprived of welfare plans and rules, they are governed by the laws of the country where the animal is located.


Some countries have complained that European Union treaties and directives can undermine their own country's animal welfare laws - but there should be room in the treaties, for countries that choose a more stringent animal welfare.

Common law is needed because many member states have a very poor animal welfare in several areas - The excluded animals.