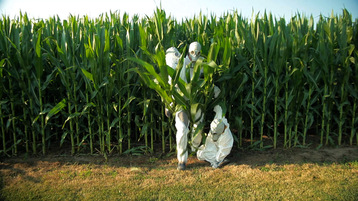 What is a GMO?
A genetically modified organism (GMO) is an organism whose genetic material has been altered using genetic engineering techniques. Genetic modification involves the mutation, insertion, or deletion of genes. Genetically engineered crops are crops that are altered with inserted genetic material to exhibit a desired trait.

How common are GMOs?
The United States is the world leader in genetically engineered crop production, with 165 million acres, or nearly half of global production. Currently in the United States, approximately 85% of all processed foods contain GMOs.

Are GMOs bad for us?
The effects of eating genetically engineered (GE) foods are still largely unknown. The studies that led to the market release of certain genetically modified seeds were conducted by the same companies that manufacture the seeds themselves, and the raw data for these tests have not been released for the public to see. There have been independent, peer-reviewed studies that suggest that there could be harmful effects to human health caused by the use of GMOs and the chemical pesticides and herbicides that go along with them, but again, there has not been enough research done and the jury is still out. Also, without labeling GE foods, we cannot associate any health problems with people who ate them — because we do not know who ate them. Since the FDA (USA) has no way to track adverse health effects in people consuming GE foods, and because there is no requirement that food containing GE ingredients be labeled, there is no effective way to gather data on health problems that may be happening.
GMO OMG - (Trailer)
﻿GMO OMG﻿ takes a closer look into the controversial food issues with genetically modified organisms (GMOs). GMO usage has drastically altered the way we raise crops in the United States. The majority of food in American super markets contains GMOs, and the point is argued that they are used for a plentiful food supply. Its effects on health and other agriculture remain a question mark, and internationally, many countries reject foods that contain GMOs. Other controversies arise in the legal realm, where patents are put on seeds. 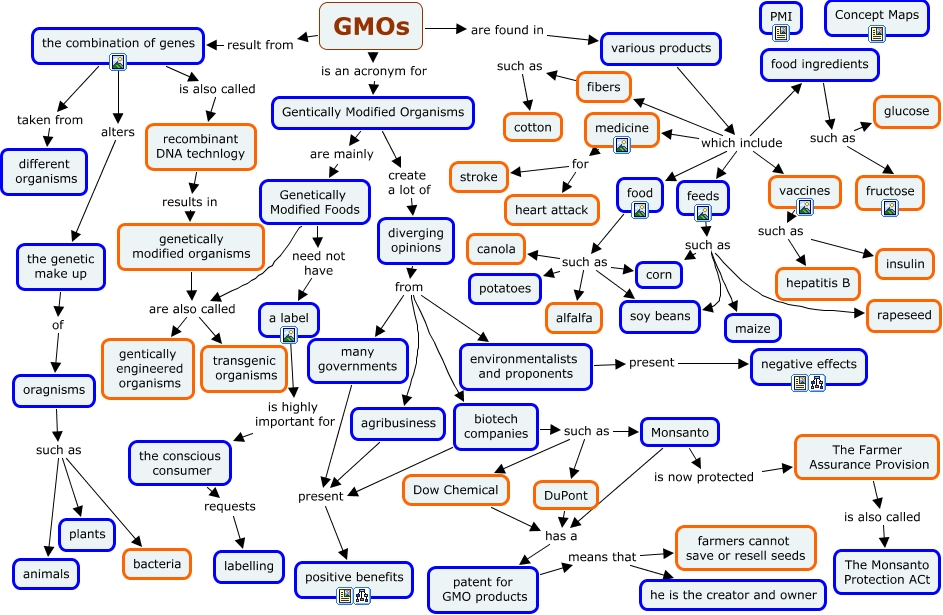 GMO OMG - documentary on Chemical Food Conspiracy w/ Jeremy Seifert - Today in the United States, by the simple acts of feeding ourselves, we are unwittingly participating in the largest experiment ever conducted on human beings. Each of us unknowingly consumes genetically engineered food on a daily basis. The risks and effects to our health and the environment are largely unknown. Yet more and more studies are being conducted around the world, which only provide even more reason for concern. We are the oblivious guinea pigs for wide-scale experimentation of modern biotechnology. GMO OMG tells the story of a father's discovery of GMOs in relationship to his three young children and the world around him. We still have time to heal the planet, feed the world, and live sustainably. But we have to start now!
How can I avoid GMOs?
Until there are mandatory GMO labeling laws in place (USA), the only way you can avoid eating GMOs is to eat food labeled as organic and/or food that is labeled as “Non-GMO”. Organic food prohibits the use of genetically modified ingredients in its production, and “non GMO” means that that product, although it may not be organic, does not include genetically modified ingredients.

Will mandatory labeling make foods more expensive?
Changing the label to reflect the presence of a genetically engineered (GE) ingredient wouldn’t be any different from changing an ingredient or adding a nutritional benefit. Labeling would require segregating seeds according to GE content, which is already done with many identity-preserved crops today. Depending on the markets that seeds or grains are sold to, grain handlers and seed companies do testing to ensure the purity of the seeds that they sell or distribute. There are already segregation methods in place today for export to countries with GE labeling requirements, like European Union countries, Japan and China. Once labeling is required in the United States, these practices would have to be expanded, but it is not infeasible or cost prohibitive.
What are the environmental effects of GMOs?
Genetically engineered (GE) crops usually use more pesticides and herbicides than non-GE crops, and they can easily contaminate organic and non-GE conventional crops with unwanted genetic material. Roundup Ready crops (which are engineered to tolerate application of the weed killer Roundup) are known to increase Roundup (glyphosate) use. Glyphosate has been linked to kidney and reproductive difficulties, allergic reactions and blocking mineral nutrients essential to human health. Now, superweeds and pests like the rootworm that have become resistant to GE-affiliated herbicides like Roundup and pesticides and require many more toxic chemicals to be applied to crops. There are also significant ethical and economic concerns involved with the patenting of living organisms and the rapid spread of GE crops has increased the corporate consolidation of the seed supply.