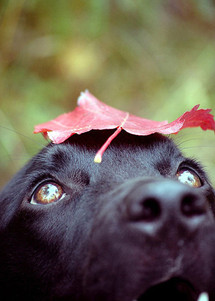 Black Dog Syndrome is a phenomenon that is well known to shelter workers and rescue organizations across Europe. Black dogs are much more difficult to find homes for. They are the last dogs to find homes and often among the first to be euthanized, or have to live the rest of their lives in captivity in amonotonous and cramped enclosures.

Many people who are not involved in dog rescue have a hard time believing that black dogs are so much harder to place than dogs of other colors. Some people think that Black Dog Syndrome doesn't exist at all. Others think that the only reason there are more black dogs in shelters than dogs of other colors is because black is the genetically dominant color for many breeds.

Shelter workers and rescue volunteers can quickly and easily tell countless stories of wonderful dogs who were impossible to find homes for because of no reason other than the color of their coat.

There are no hard facts to help explain Black Dog Syndrome, but their are many theories on why black dogs are the last ones to be adopted. 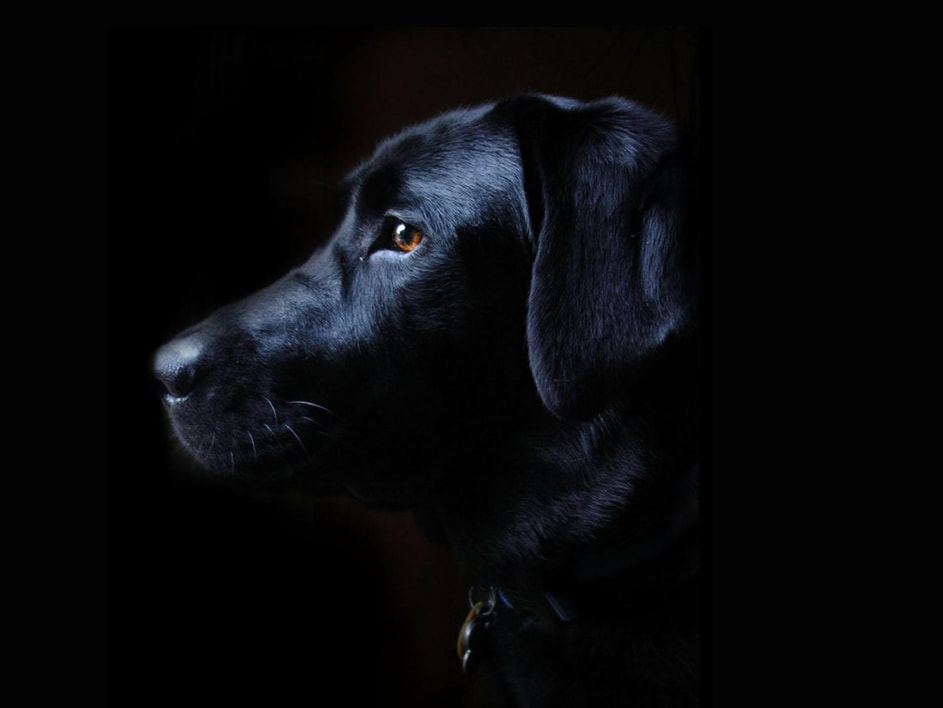 A dogs or a cats coat color has no affect on the animals temperament and personality. Black dogs and cats are just as playful and loving and fun as they of other colors. When adopting your next best friend, please be aware that Black Dog Syndrome and Black Cat Syndrome is real and you may have a tendancy to overlook the black dogs and cats. Take a second look and make an effort to see ALL of the animals available. Make your decision based soley on the dog or cat that will be the best fit for your family regardless of the  coat color.

The general European citizen is not aware of how doomed black dogs are when they are brought to a pound (shelter) because black dogs, particularly black labs or lab mixes, are euthanized at a horrifying rate at many pounds & shelters because people pass them up for lighter colored dogs. If you are thinking about adopting a dog please don't overlook black dogs because they are just as loving & wonderful as lighter colored dogs! 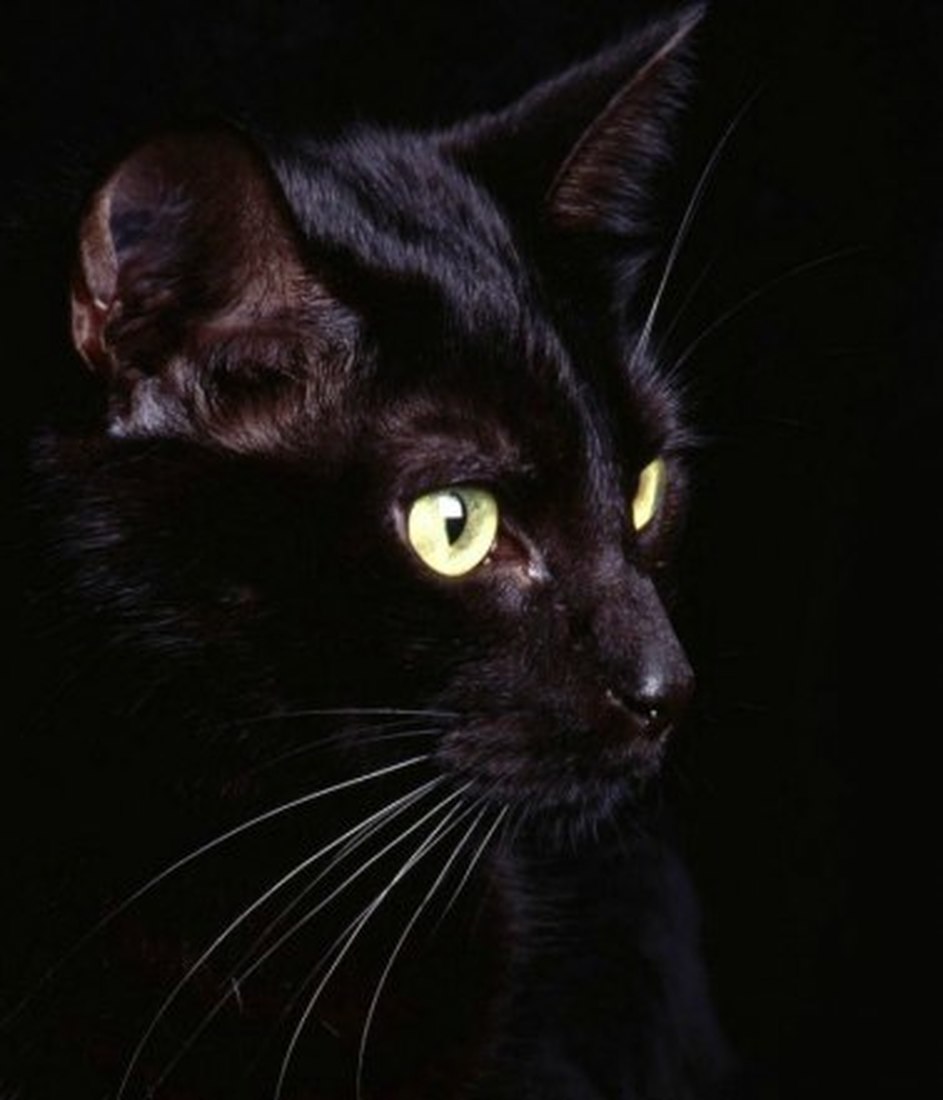 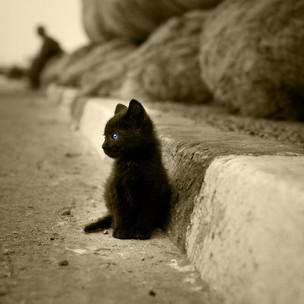 The folklore surrounding black cats varies from culture to culture.

In Great Britain, black cats are a symbol of good luck. The Scottish believe that a strange black cat's arrival to the home signifies prosperity. Black cats are also good luck in Japan.

Furthermore, it is believed that a lady who owns a black cat will have many suitors.

However in Western history, black cats have often been looked upon as a symbol of evil omens, specifically being suspected of being the familiars of witches, and so most of western and southern Europe considers the black cat as a symbol of bad luck, especially if one crosses paths with a person, which is believed to be an omen of misfortune and death.

In Germany, some believe that black cats crossing a person's path from right to left, is a bad omen. But from left to right, the cat is granting favorable times.

The gambling world is afraid of black cats: it is believed that if, while traveling to a casino, a black cat crosses a gambler's road or path, that person should not go to the casino; most players believe that black cats bring bad luck.

The black cat in folklore has been able to change into human shape to act as a spy or courier for witches or demons. When the Pilgrims arrived at Plymouth Rock, they brought with them a devout faith in the Bible. They also brought a deepening suspicion of anything deemed of the devil. Englanders and Europeans, these pilgrims were a deeply suspicious group. They viewed the black cat as a companion, or a familiar to witches. Anyone caught with a black cat would be severely punished or even killed. They viewed the black cat as part demon and part sorcery.

During the Middle Ages, these superstitions led people to kill black cats. This had the unintended consequence of increasing the rat population and the spread of the Black Death (bubonic plague) and other diseases carried by rodents. There is no evidence from England of regular large-scale massacres of "satanic" cats, or of burning them in midsummer bonfires, as sometimes occurred in Europe. 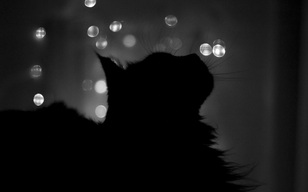 However, the supernatural powers ascribed to black cats were sometimes viewed positively, for example sailors considering a "ship's cat" would want a black one because it would bring good luck. Sometimes, fishermen's wives would keep black cats at home too, in the hope that they would be able to use their influence to protect their husbands at sea (see Ship's cat).

The view of black cats being favorable creatures is attributed specifically to the Egyptian goddess Bast (or Bastet), the cat goddess. Egyptian households believed they could gain favor from Bastet by hosting black cats in their household.

This view was held in the early 17th Century by the English monarch Charles I. Upon the death of his treasured pet black cat, he is said to have lamented that his luck was gone. True to his claim, he was arrested the very next day and charged with high treason.

Black cats have been found to have lower odds of adoption in American and also in Europen shelters compared to other colors (except brown).

In some cultures in Romania they burn the dog's nose with a red-hot iron to "harden" the dog. This is very cruel and painful and satisfies only man's belief in superstition and foolish old traditions.

Romania is a country where animal welfare is generally very neglected, and where the government does not make sure that the laws are followed - meaning that atrocities can continue, through the exercise of superstitious rituals, because it does not give legal sanctions.