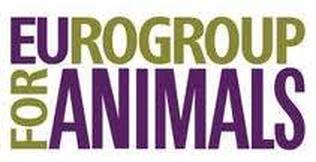 Eurogroup for Animals is the leading voice for animal welfare at European Union level providing a voice for the billions of animals kept in laboratories, farms and homes or living in the wild.

We are recognised by the European Parliament and Commission as the leading animal welfare organisation at EU level and represent animal welfare interests on many EU advisory committees and consultation bodies.
Our expertise and professionalism makes us a respected partner and advisor which: 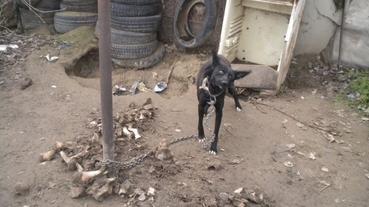 This means that whilst many dogs and cats in the EU are loved and cared for as members of the family, the way in which they are treated can vary greatly across Europe.

A wide range of serious welfare issues can affect dogs and cats in the European Union and some of these can affect them for large parts of, or all of their lives. We are particularly concerned about issues such as irresponsible breeding, trade and movements across borders.
ABOUT THE ISSUE
One in 3 households own pets, mainly dogs and cats. For most people they belong to the family but an important number of abandoned animals, end up in shelters or on the street and many get euthanized each year. The breeding and sale of dogs is a lucrative business with the welfare of the animals often compromised by overbreeding, genetic breed related diseases, and puppy trafficking.

WHAT IS THE CURRENT SITUATION
The EU has no laws to protect companion animals but for health reasons and traceability requires dogs, cats and ferrets which are travelling with their owners and passing borders to be identified, vaccinated and have a pet passport. In November 2010, the Ministers of Agriculture called upon the European Commission to investigate differences between member states rules and the need to develop a harmonised approach across the EU for companion animals.

The EU Animal welfare strategy foresees a report on the welfare of dogs and cats in commercial practices to be carried out in 2014.

WHAT ARE WE CALLING FOR
Source: Eurogroupforanimals