Dog catcher in western Europe and the EU 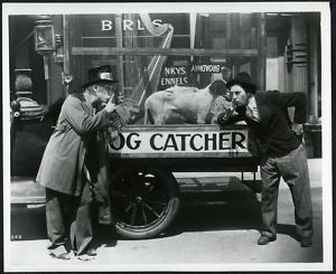 Historically, Dog whippers were charged with keeping dogs out of churches in 16th- to 19th- century Europe; they also sometimes filled a general animal-control role in villages, confining strays. The role of the Animal Control Officer has expanded over the past few decades to rescuing animals from dangerous or abusive situations and investigating cruelty and neglect.

An animal control officer in Europe may be an employee of or a contractor to a municipality and is charged with responding to calls for service from the general public. Calls may include requests for help with wild animals, dangerous animals or animals in distress. Animal control services may be provided by the government or through a contract with a humane society or society for the prevention of cruelty to animals (no relation to national organizations with similar names). 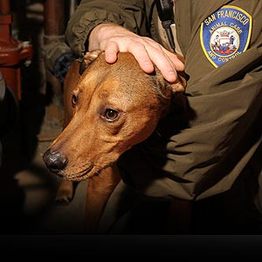 U.S - The availability of training and popularization of the job through television shows has brought increasing opportunities to the field. The New York American Society for the Prevention of Cruelty to Animals (ASPCA) employs several animal "cops" with quasi police powers. This arrangement is becoming more common throughout the United States, accordingly offering greater compensation.

Due to FBI profilers finding an association between cruelty to animals and interpersonal violence, some animal cruelty investigators are specially trained police officers and many domestic violence shelters include sheltering for animals through animal control agencies and suggest protective orders for pet animals for victims seeking services.

Western Europe is still not aware 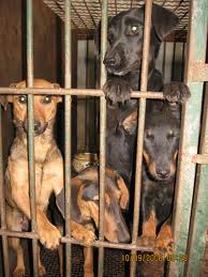 The difference between western Europe and southern and eastern Europe, is that countries in the West, hardly have any abandoned or homeless animals - not counting the cats, who unfortunately are found throughout Europe.

The difference for companion animal welfare between these European countries, points of the compass, is like night and day.

Western Europe, has for centuries, a strong culture to take care of their companion animals in a good way - in many countries and schools are animal welfare in the school education - children learn early that animals shall be treated with respect, which then lives on in the adult life. 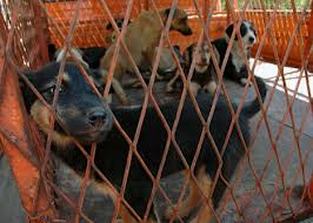 ESDAW have made a rough estimating how many percent of western European citizens - who do NOT have knowledge or awareness of the cruel situation for the animals, for example, in tourist countries -and we estimates that about 70% certainly do not know the high degree of cruelty, that occur regularly every day, because there are abandoned and homeless dogs and cats in these countries.

Citizens of Western Europe, has no understanding or knowledge, that there are still countries in Europe - which some also are member states of the EU - that have abandoned, homeless and stray animals - that can be counted in hundreds of thousands and even millions homeless souls. 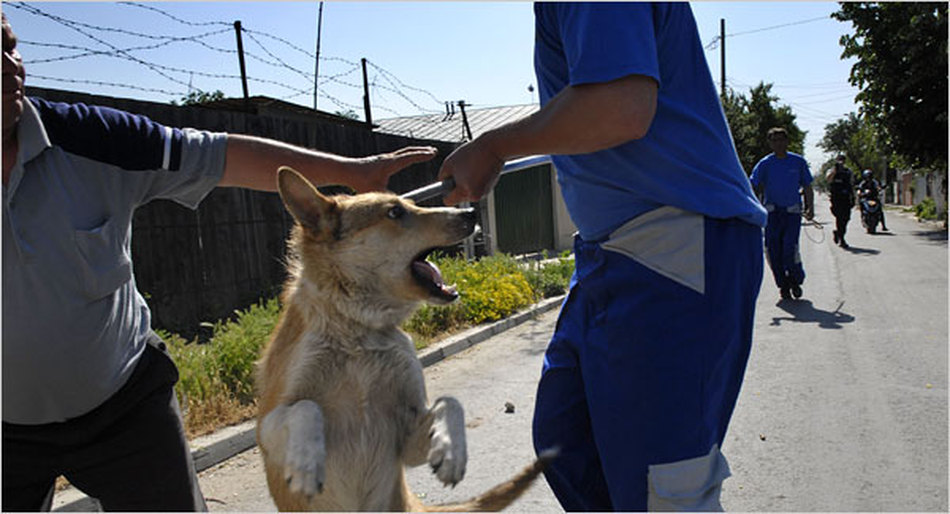 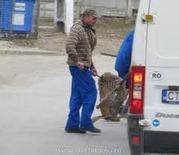 A dog catcher in eastern and southern Europe may be an employee of or a contractor to a municipality. The dogs caught often brutal and it happens many times that the dog gets hurt or die in the process. The the surviving dogs are then taken to the municipal enclosure, without veterinary care.

Injured and sick dogs are left to their fate in the enclosure and are often bullied and shooed away by the other dogs, and will then be without water and food, if there is any. These dogs dies first in the enclosure - by starvation or untreated injuries. 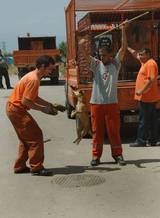 The method used to catch dogs and cats in these countries - says a lot about how animals are treated in general - lack of respect, both by governments and citizens - much depends on, poor education, information, traditions and cultur.

Often seen animal catcher profession as low status and gives poor wages - the employee has no education or knowledge of animal behavior and needs or know the rules of the Animal Welfare Act.

Animal welfare is low on the political agenda - The future politicians - the younger generation in southern and eastern Europe now raising strong voices against the cruel animal policies prevailing in these countries.

Animal catchers in many of these countries use tools that often injure or kill the dog or cat - the employees have no training in animal care and do not understand, or do not care, that dogs and cats are sentient beings, and can feel pain.