Fiestas - religious traditions that have become profitable tourist attractions and entertainment for the Spanish villages. Most of these spectacle ends with bullfighting, where the bulls dies - the same day or during the fiesta. 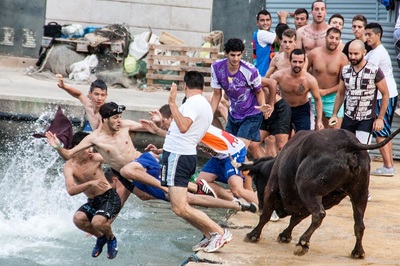 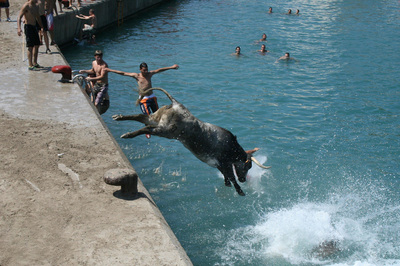 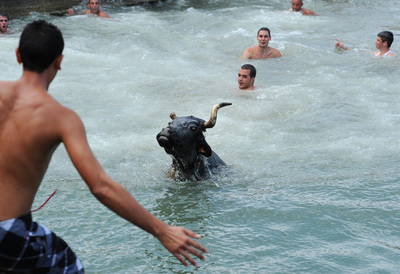 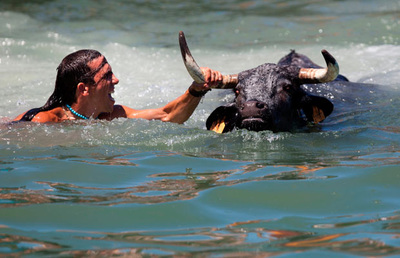 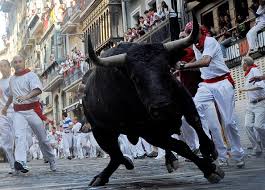 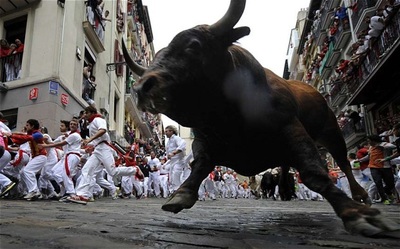 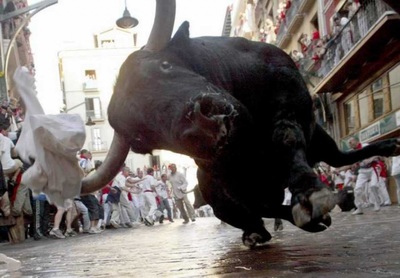 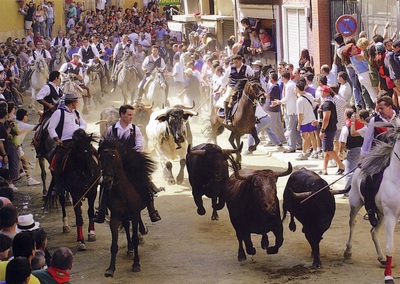 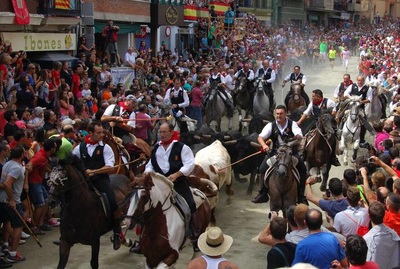 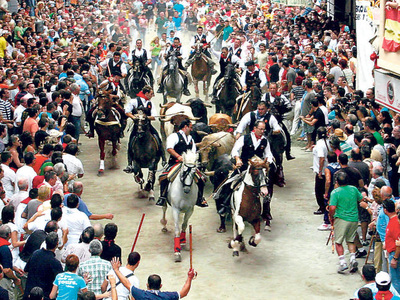 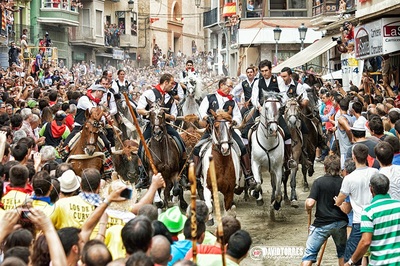 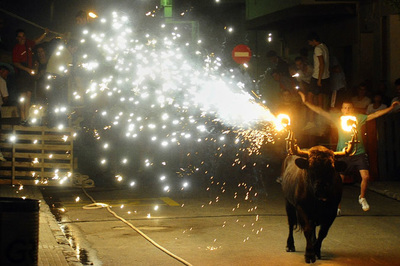 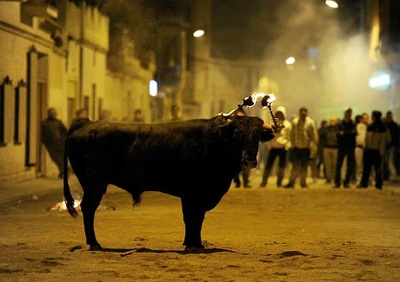 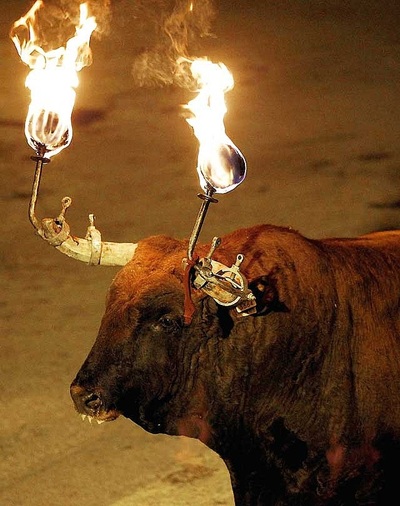 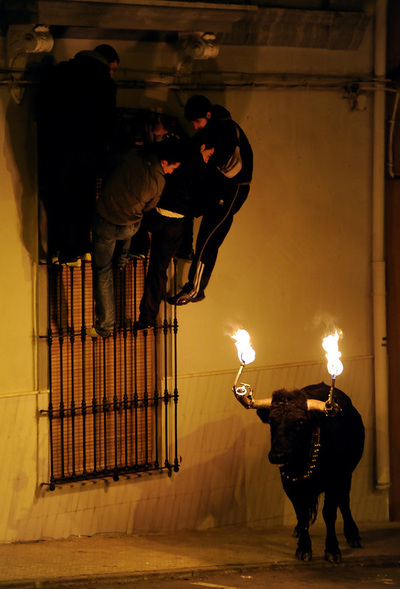 Cuerda Torico - The Bull Rope - or the Cuerda Torico, is a party Turís (Carr), Shiva, Godelleta (Buñol FOIA) and other towns in the area.

The festival is a variant of the bullfighting Mediterranean where, like the bull on the street, in this case, the goal is to bring the bull, or Torico by the Spanish Aragonese, for several houses in the town, always on a leash.

In 2010, the Catalan Parliament passed a motion recognizing and protecting these celebrations, referred to generically correbous, which contains a sort of code of good practice, all shortly after in the region have banned bullfighting Spanish traditional.


A Rapa das Bestas - This fiesta dates back to the 15th century and is held every year in the first week of July. It comprises a noble confrontation between man (read, stupid people and drunken tourists) and horses. At the celebration, young people from Sabucedo and the surrounding area (Pontevedra province, Region of Galicia) head for the mountains at dawn.

Their aim is to find wild horses living in the area, bring them back to the village and cut their manes. When night falls, they all come together to enjoy food, music and wine.

Each year, the Rapa das bestas festival in Sabucedo attracts more and more visitors on account of the spectacular, noble nature of this battle between man and beast. The young men divide up into groups and head for the mountains in search of horses. When they find them, they surround them and drive them back to the village. Finally, they get them all together and begin cutting their manes.

For this, two "aloitadores" (the young men who do the cutting) place themselves at the head of the animal, and one more at the tail. First, one of those at the head tries to mount the horse while the one behind tries to imbalance it.

Then, the second "aloitador" at the head tries to do the same, forcing the first one to get off. These are the complicated manoeuvres used to cut the animal's hair in a real body-to-body fight.

And this is just a handful, shown here, of all the surviving cruel traditions that takes place all over Spain - still in this century.