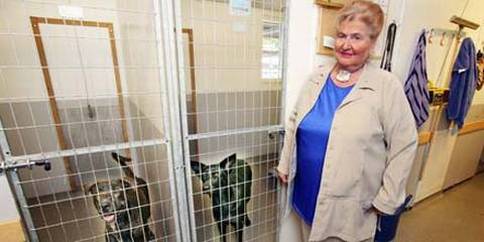 An animal public shelter is a facility that houses animals; primarily a large variety of dogs and cats - the operations are funded by the state.

The ideal goal of the modern animal shelter is to provide a safe and caring environment until the animal is either reclaimed by its owner or placed in a new home.

Many shelters temperament test animals before they are put up for adoption to determine if the animal is adoptable and, if so, what the appropriate home environment would be. 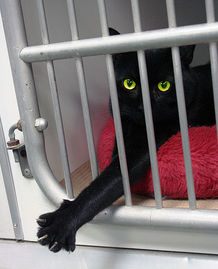 Dogs and cats living in buildings that usually are approved by the Board of Agriculture - the rooms are relatively large, heated and ventilated with associated exercise yards. In many countries also helps general public to take the dogs out for walks. Most Western European countries have registers on the dogs, cats and owners, and that the animals are microchipped in order to identify the animal.

Most Western European countries do not have animals that are abandoned or homeless, except cats - most of the animals in public shelters are lost animals or animals that have been taken into care because of neglect.

In virtually all dogs, cats and animals are given new homes - very few animals are euthanized, and the animals that are killed are the ones that can not be treated because they are too sick, injured or have a very aggressive behavior. 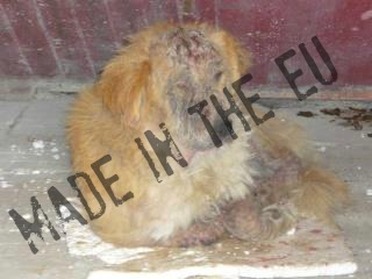 The municipal enclosures (public shelters) in eastern Europe and the EU that have abandoned dogs - called stray dogs - are almost always substandard, unheated and poorly managed. The contracted person who runs the enclosure, receive maintenance from the municipal funds to operate the enclosure.

The residents do not want dogs run free, they want them to disappear from the streets. Stray dogs usually seen as vermin that plague the city and residents.

In the municipal enclosures, it is extremely common that no accounting is done how the money is used or if used correctly, neither that the authorities control how everything is managed in the enclosure. Many people who run these enclosures are usually relatives, or know the local politicians. 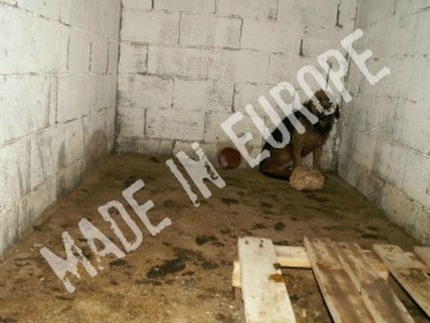 This means that all too often, those who manage the enclosure, put money in their own pockets - no authority checks if the dogs get food, water and care.

At best, the dogs are fed with low quality of dry food or offal from slaughterhouses, a few times a week - or when the manager or staff pleases to show up. The dogs get almost never veterinary care or medicine.

But all too often left dogs to die - abandoned and trapped in these dark and cold prisons - without water or food.

It almost never cleaned in these enclosures, but the dogs are forced to eat and sleep directly on the concrete in the urine and feces.

The few times the facilities are cleaned, sprayed cold water directly on the dogs and the floors - even when it is freezing temperatures outside - and the temperature is the same indoors in these buildings.

There is much corruption in these countries and the municipal enclosures gives great income for those who run them - politicians and responsible often choose to look the other way - even if animal protection laws grossly violated. 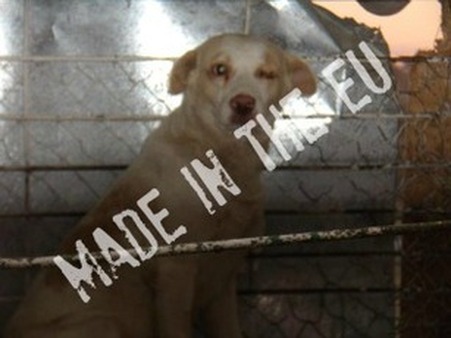 It is also forbidden for the public to visit the municipal enclosure - some enclosures can allow visitors at certain times and days - otherwise, an application must be sent to the municipality, it can take weeks to get it approved.

Those who run these enclosures do not want to be disturbed, they want to catch dogs, imprison them and wait for them to die - all these caught dogs will all die one way or another in these cruel warehouse - no dogs are adopted or rescued - but if it happens, it is one of every thousand who will be saved.

Most will die of disease, starvation or thirst, or freeze to death. Many dogs fight to the death, because they are starving - they become cannibals to survive a few more weeks. The weakest and smallest dogs are being killed and eaten first - often while they are still alive. 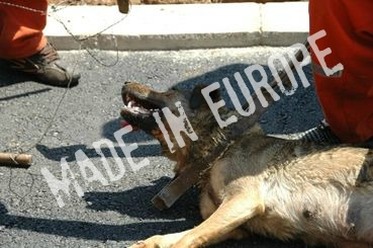 There are also municipal enclosures that perform euthanasia by injection - this is done by veterinarians, but not always - the dogs given injections directly into the heart, but sometimes hits the needle wrong and the substance ends up in the lungs, with a prolonged and painful death.

Other enclosures disposes of dogs by killing them by hand and send them to the crematoria for animals or bury them in mass graves. All manner are allowed, as long as it is not known to the public.

It has become an industry with paid municipal employees - dog catcher, enclosures staff and more.
Animal (dog) catchers in these countries use tools that often injure or kill the dog or cat - the employees have no training in animal care or understand that dogs and cats are sentient beings. 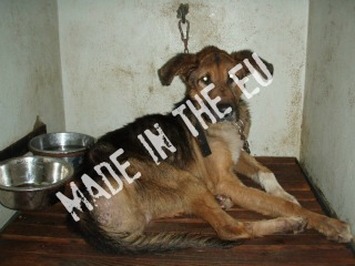 Municipal enclosures (public shelters) in southern Europe and the EU - tourist countries - are warehouse buildings - storage to keep the animals away from the tourists and residents.

The buildings for this purpose in these countries vary greatly - some are old and worn, while others are modern.

What characterized all these is that the animals are forced to live in very small spaces or even be permanently tied in short chains. 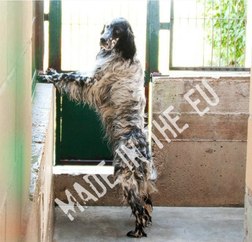 In this way, some dogs are forced to live in isolation for years and they often get severe anxiety and depression - many embracing the so-called repetitive movement pattern - due to lack of mental stimulation, space and exercise.

The buildings are not heated or have ventilation on hot summer days. Many times the animals are taken care of, routinely and insensitive. Food and water is provided, but kind human contact is rare.

Even in these enclosures, given veterinary care rarely and many dogs and cats are forced to live long time injured or ill, before they finally die. 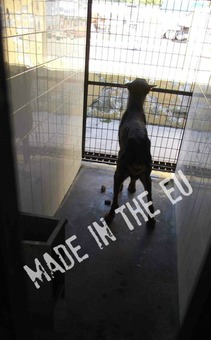 It is usually veterinarians who kill the animal, but not always - the killing is done intravenously and without sedative - many times are used substances for the killing that is banned from use in the EU, USA, etc.

The larger facilities usually have cremation equipment, where the dead animal bodies are discarded and burned.

The public often has the right to visit some parts of the enclosure on specific days and times, but it is usually forbidden to photograph or videotape in the premises and the area.

The country that stands out the most for their very cruel enclosures for dogs and cats is southern Italy - where the municipal enclosures are usually run by the mafia.

These enclosures works solely to make money from public funds, and the animals are living under very cruel conditions.

Municipal enclosures - it all happens behind closed doors ....... 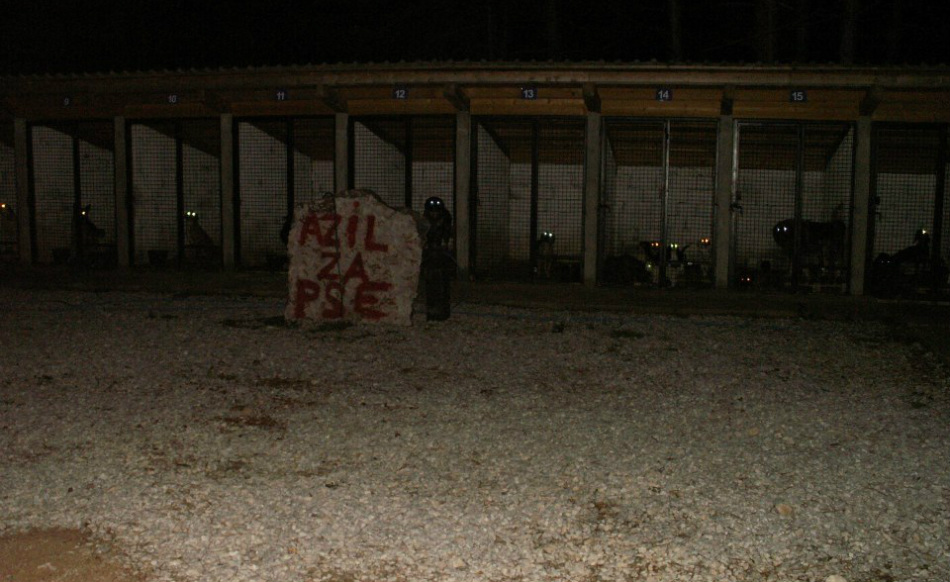