USDA on board with shipping U.S. chickens to China for processing, then re-entry to States for human consumption.
“Chinese chicken” will soon have a whole new meaning, as the U.S. Department of Agriculture recently gave the green-light to four chicken processing plants in China, allowing chicken raised and slaughtered in the U.S. to be exported to China for processing, and then shipped back to the U.S. and sold on grocery shelves here.  Furthermore, the imported processed poultry will not require a country-of-origin label nor will U.S. inspectors be on site at processing plants in China before it is shipped to the United States for human consumption.

Food safety experts worry about the quality of chicken processed in a country notorious for avian influenza and food-borne illnesses. And they predict that China will eventually seek to broaden the export rules to allow chickens born and raised in China.

“Economically, it doesn’t make much sense,” said Tom Super, spokesman for the National Chicken Council, in a recent interview with the Houston Chronicle. “Think about it: A Chinese company would have to purchase frozen chicken in the U.S., pay to ship it 7,000 miles, unload it, transport it to a processing plant, unpack it, cut it up, process/cook it, freeze it, repack it, transport it back to a port, then ship it another 7,000 miles. I don’t know how anyone could make a profit doing that.” Bureau of Labor Statistics data estimates that American poultry processors are paid roughly $11 per hour on average. In China, reports have circulated that the country’s chicken workers can earn significantly less—$1 to 2 per hour—which casts doubt on Super’s economic feasibility assessment.

A Special Investigation LCA went undercover at Pel-Freez, the largest rabbit slaughterhouse in the United States, and documented horrific abuse. 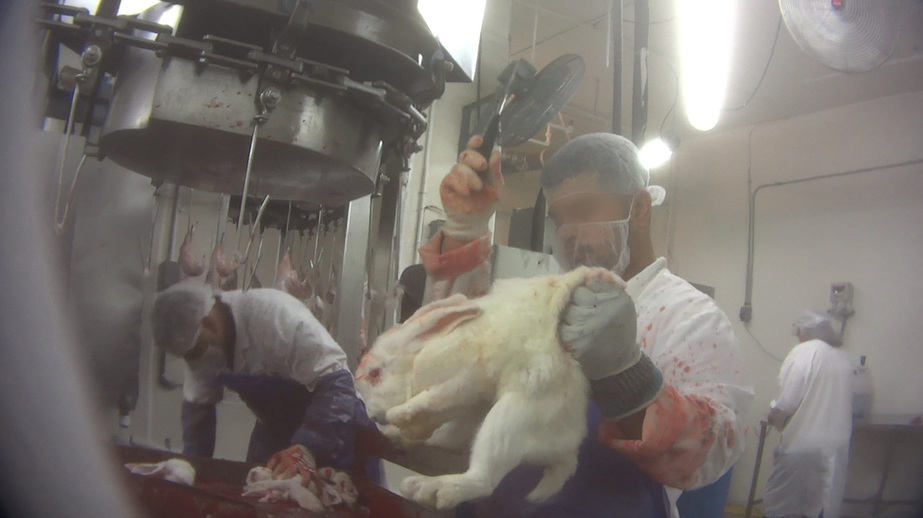 Executive Produced by Eva Longoria (Desperate Housewives) and Eric Schlosser (Food Inc, Fast Food Nation), FOOD CHAINS exposes the abuses rampant in farm labor in the United States and reveals the forces behind that exploitation through the narrative of an intrepid group of tomato pickers in Florida, the Coalition of Immokalee Workers, who are battling the 4 trillion dollar global supermarket industry - and winning!