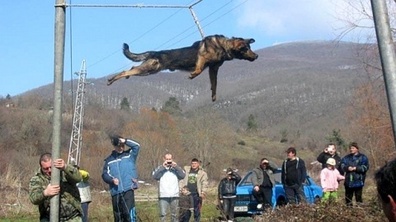 The dogs are panicked and scared - shocked. The rope cuts into the armpits and chest and hurts with difficulty breathing. After the spin, the dog falls into a cold creek and since the dogs are disoriented after the rapid and intense spin, they both swallow and breathe in the cold and dirty water. Previously, dogs have drowned. 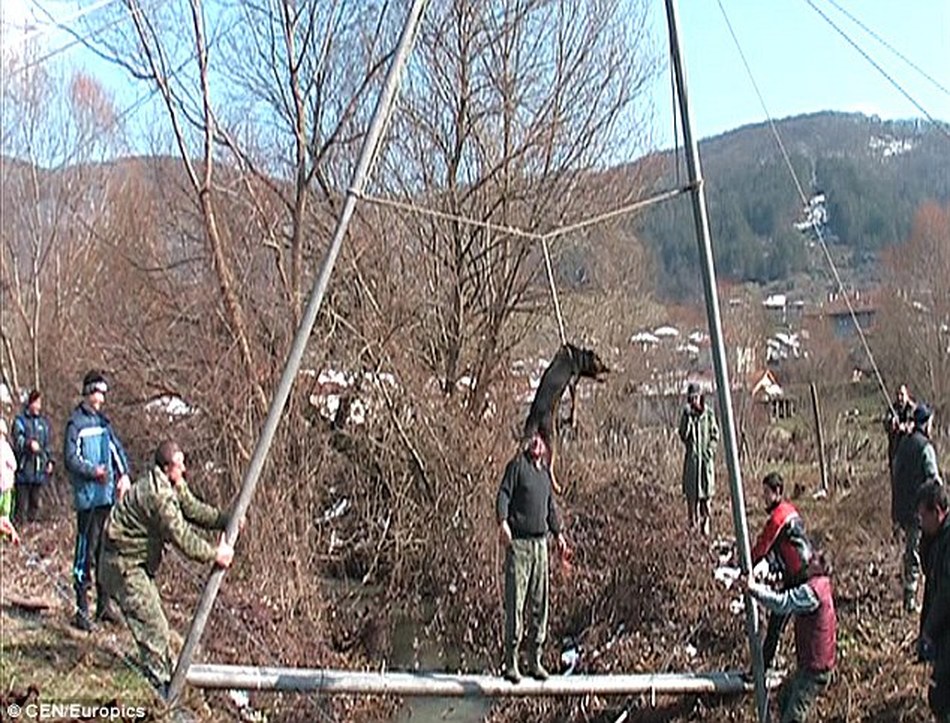 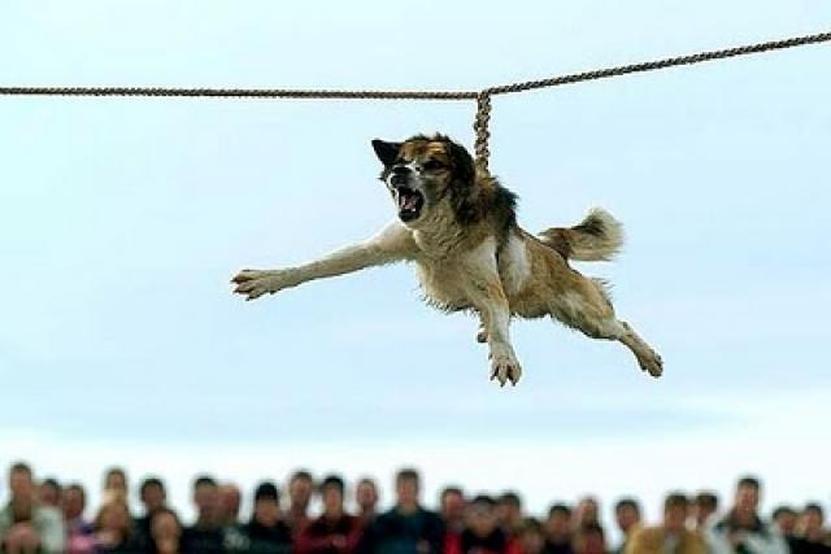 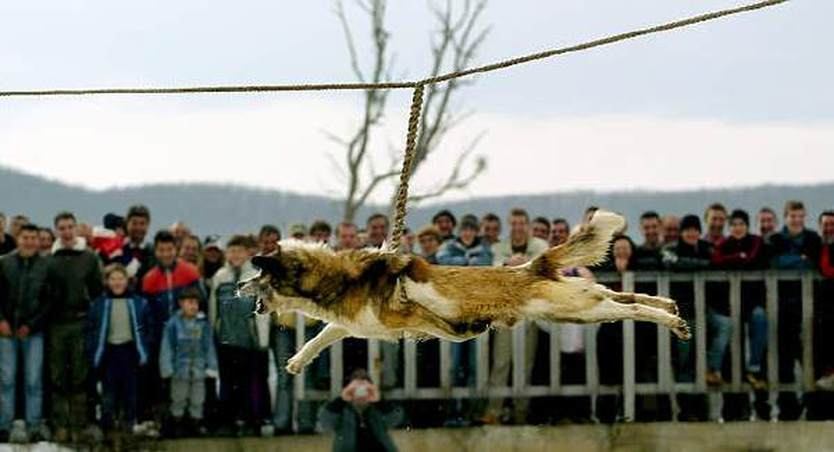 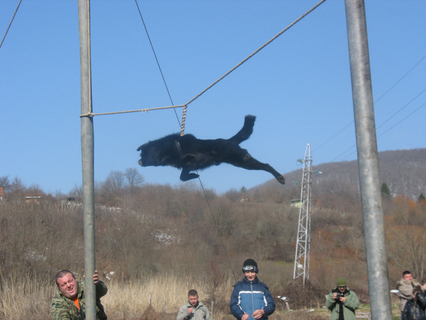