Deliberately being cruel to animals and especially homeless cats and dogs are everyday occurrence in Bosnia and Herzegovina - it is often children or young people, but also people of all ages, who have fun - at the expense of the animal - minor jokes, but also pronounced torture in which the animal is killed on the spot or get horrible injuries and left to die slowly - alone and abandoned - by infected wounds, or even with all four legs cut off with sharp object. The overall respect for animals is low at all ages. There are decently good animal welfare laws in the country, but it is not implemented among the citizens and is not enforced by the authorities as it should. 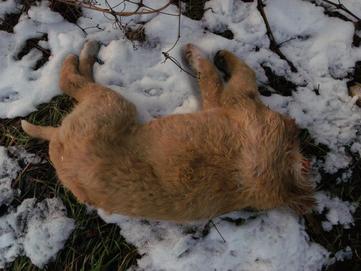 February 2013 - In Hadžići near Sarajevo, a young stray dog was brutally murdered, his decapitated body left on the ground. It appears that the dog was beaten and tortured with acid and water. The head was left as a ‘trophy’. After the photos appeared on the Internet of the head of the dog, animal rights activists went to the scene and found a horrible sight. Headless corpse of a dog was lying abandoned on the ground.

Among the activists was Jelena Paunović, vice president of “Život“, who appealed for the discovery and punishment of the perpetrators of this heinous act. ”This is another in a series of heinous crimes of abandoned animals. Animal rights activists are daily witnesses to violations of Bosnian animal welfare law. violence against animals is just one step away from violence against people.

When someone who is considered ‘normal’ uses a sharp object to behead a three-month puppy and then leaves the body and the head as a trophy, it remains only to wonder what this man tomorrow might do to a child. We have reported the incident to the Hadžići police and hope that in this case, the offender will be punished,” said Paunović for the portal Klix.ba.

Dogs are routinely brutalised in Bosnia-Herzegovina and found with horrific injuries - see the story of Vučko, whose torture by firecracker was never brought to justice. What can be done? It seems that the police are not interested in investigating such crimes.

The general view about dogs in this country is very poor and the fact that there is such a terrible problem with strays does not help. Ultimately there needs to be a concerted effort by the government to instigate humane dog control programs and public education about responsible dog ownership and the humane treatment of all animals - Source: In memory of Vučko 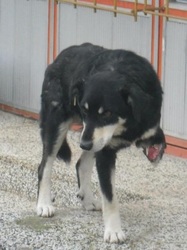 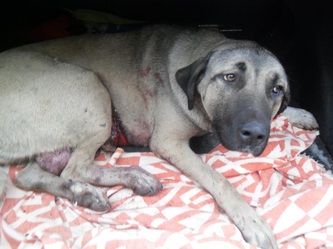 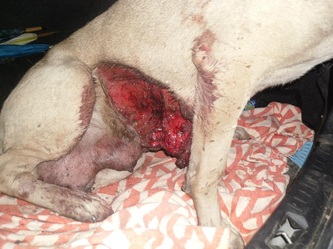 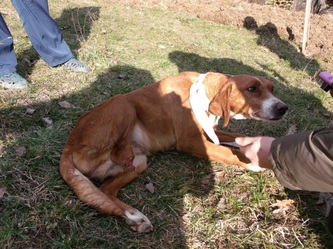 February 24, 2012. Bosnia and Herzegovina - Over 14 stray dogs being killed in Hadzici near Sarajevo. Hunters are committed horrific crime again! Source