Why You Shouldn’t Buy a Pet in Japan 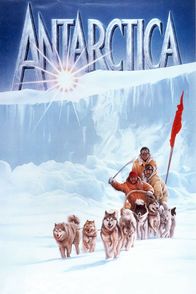 “The ‘My Home’ movement, which happened in Japan in the 60s or 70s, started the idea that to have a complete home you needed a garden and a dog,” Oliver explains. At first, most pet owners opted to choose very “national” dogs, from the native Akita breed to the famed Shiba Inu. Cats were, in contrast, not popular until several decades later.

“Trendy” pet ownership came about after the release of the 1983 Japanese film “Antarctica,” which starred a cast of 17 huskies. The avalanche of families clamoring to own a husky was unprecedented. “But they learned, after a year or two, just how big they get, and [many of the huskies] were returned or discarded,” according to Oliver.

Lately, interest in smaller dogs has been increasing – so much so that breeders opt to keep runts of each litter, and breed them to maintain the miniature body structures.

Dachshunds are longer. Poodles are smaller. Chihuahuas are daintier. “The physical sizes, and drive to keep breeding smaller dogs cosmetically causes issues in the future,” says Helen Marvell of Animal Advocacy and Animal Walk Tokyo. “It results in a number of painful medical conditions.”

Julie Okamoto of Tokyo ARK explains the repercussions: “The smaller the dog, the narrower the hips. Many female dogs [bought from pet shops or breeders] will be too small to give birth regularly. Most surgeries performed at clinics recently are C-sections.” Many breeders do the surgery themselves, forcing female dogs to give birth four or five times before disposal.
The Problem with Animal Shelters
Tokyo Zero, one of the groups behind 2014’s “No Kill” campaign, estimates that almost 311,000 dogs and cats were culled via the gassing method at shelters across Japan in 2014. According to the Ministry of Environment, the number is closer to 100,000. Although the numbers vary depending on the source, most sources indicate that between 82 to 88 percent of all animals at shelters in Japan will be put down, with roughly 11 percent being adopted. The remaining fraction is passed on to pet shops, kept for image, or sold to labs.

The reason for these high culling rates is overcrowding. Shelters receive around 200 animals a day, and manage to rehome an average of just two. Once an animal has been placed in a shelter, it has, depending on the prefecture, about three to seven days left to be adopted before the shelter must decide its fate. 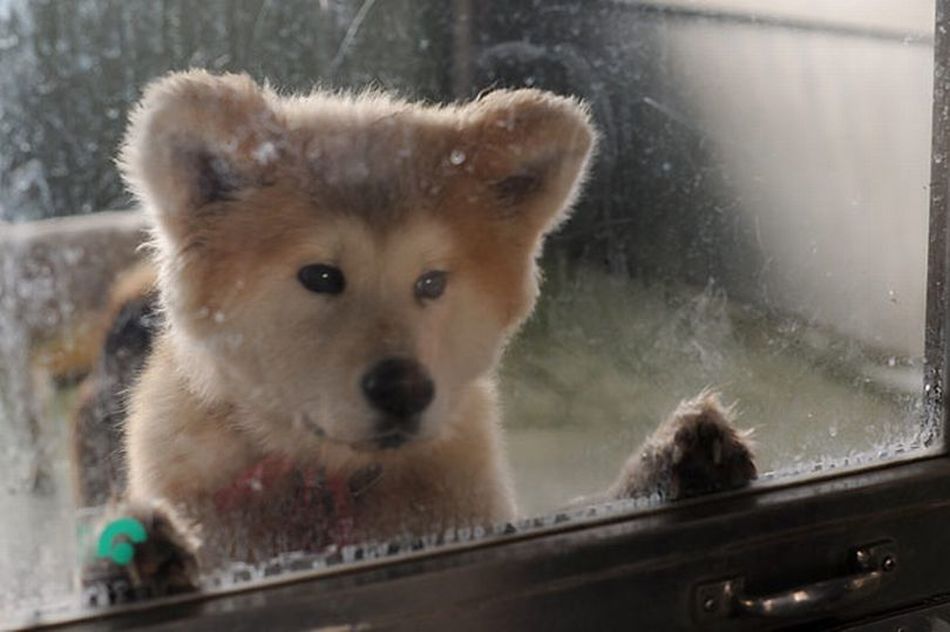 Waiting to die: Pedigree Japanese Akita puppy scratches the window of his cage... moments later he is taken to the gas chamber
The Gap in Regulations
“A shelter or pet shop is more likely to get shut down if they evade paying taxes than if they abuse animals,” remarks Okamoto.

Many have rallied around politicians to change the method of animal culling. But of all Japan’s prefectures, Kumamoto is the only one to significantly change the way its shelters deal with animals. There, gas is prohibited from being used. “In other places, like Nara and Tokushima, residents said they didn’t feel comfortable with gassing “on premises” of shelters. So the shelters merely found a loophole, says animal advocate Masatoshi Ito. He tells of the “dream truck,” where animals are loaded at the end of the week and driven to the crematorium.

On the way, the driver pushes a “release” button, sending gas into the back of the truck. Regardless of whether the animals are still alive or not, they are dumped into the incinerator. “Nobody can pinpoint the location where the gassing happens, so nobody can bring a case against them to stop it.”
Cavalier is optimistic about changing all of these aspects of animal culture in Japan. “I think people just don’t know about the externalities that are harming animals. Educating the general public and consumers is really important and is key to securing better animal rights in the future.” 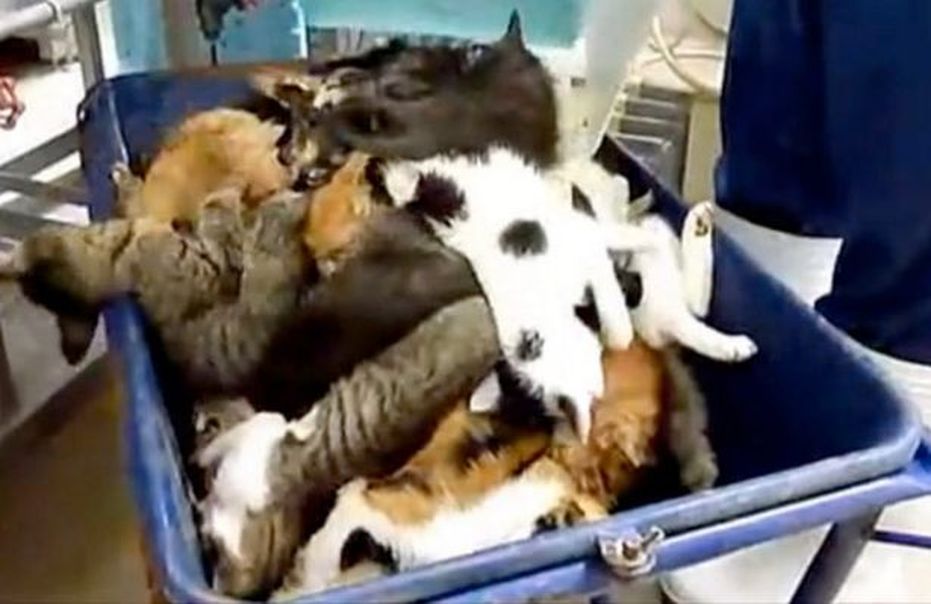 250,000 cats and dogs are gassed each year in Japan - Source
The Future
Amidst claims of many volunteers having PTSD from “compassionate fatigue,” the groups standing up for animals in Japan keep marching on. “We look for people who aren’t just ready to help, but are ready to have mercy for an animal that has suffered a long time, and can’t be helped any more,” implores Oliver. “When we go to court, we are looking for change in the laws, over time. It is not necessarily about targeting or making money or putting breeders away.”

Cavalier believes that Japanese pet owners’ hearts are in the right place, but they might be unsure of how to get involved and make a difference. “There are plenty of Japanese people who love animals and like having pets, so animal advocates should take advantage of this in their animal welfare awareness efforts.”

This year, ARK is celebrating reaching nintei status as an NPO, which means they are now fully recognized by the government and will begin receiving benefits. In Sasayama, Oliver and ARK representatives recently opened a new kind of shelter intended to re-establish the image of “going to the pound” in Japan. All materials to build the shelter were brought in from England with the help of the UK’s Dogs Trust group. “The cages are large with glass fronts, are well lit, and have play areas,” says Oliver, explaining that presentation is important to Japanese people, so she and her team aim to redesign and set a trend in shelters across the country.

Machiko Nakano, a volunteer and representative of Tokyo ARK, believes we need to reduce the numbers of the abandoned by raising the age at which puppies and kittens can be sold, and by finding more veterinarians who are not afraid to spay or neuter pets. There are currently only two vets in the Kanto area who openly and actively advocate spaying and neutering. One of them is Kuwosawa Yasushi, based in Yokohama, and he provides monetary incentives to pet owners who choose to proceed with the operation, which typically costs three times as much as it does in Western nations. 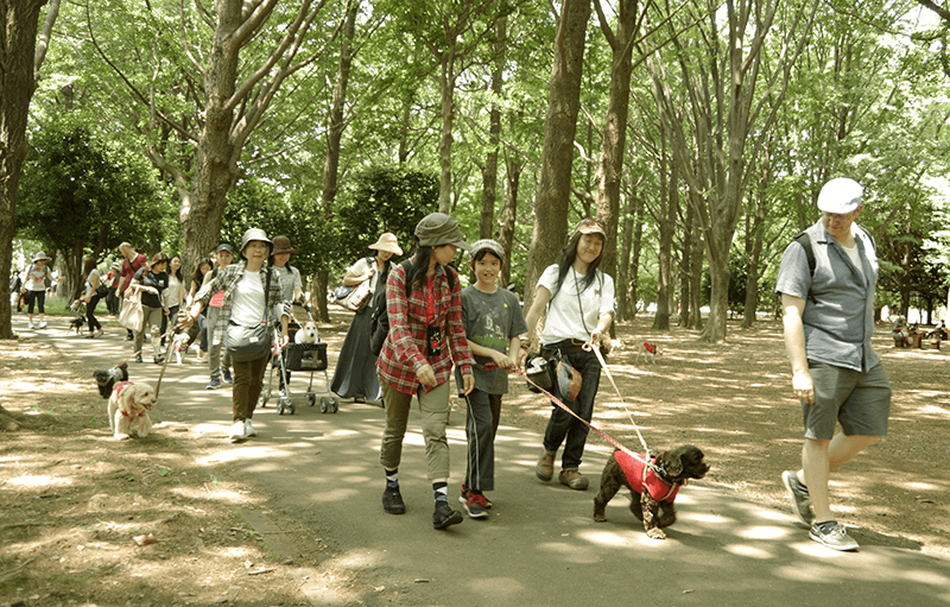 Some animal advocacy groups, such as Animal Walk Tokyo, host regular adoption fairs, shelter tours, campaigns, and sanpo (walk) events to spread awareness. “In Kobe, we have started a kids’ program among the Girl Scouts, showing them how to care for pets,” says Nakano. “As things are now, Japan still has another 100 years before animal rights are truly adopted,” she says. “We need teach people how to protect them. We need to stop saying ‘oh, poor thing’.” - Source