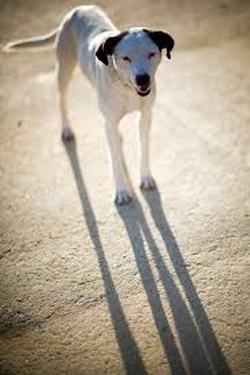 Spain is divided into 17 autonomous communities, which in turn are divided into 50 provinces. There are also two autonomous cities: those of Ceuta and Melilla. Finally, each province comprises a number of municipalities.

Each administrative entity is given powers, structure, and boundaries by a law that was passed by the President of the Government (or Prime Minister).

The main problem in Spain is that animal abuse is not included in the criminal act as in other countries and because of that, a person who neglects, abuses or kills an animal only get  administrative sanctions.

An autonomous community (in Spanish: comunidad autónoma, in Basque: autonomia erkidego, in Valencian or Catalan: comunitat autònoma, in Galician: comunidade autónoma) is a first-level political and administrative division of Spain created in accordance with the Spanish constitution of 1978, with the aim of guaranteeing the autonomy of the nationalities and regions that integrate the Spanish nation.

Since sovereignty resides in the nation as a whole - and represented in the State-wide or central institutions of government - and not in the communities, Spain is not a federation but a highly decentralized unitary state that has devolved power to the communities, which in turn exercise their right to self-government within the limits set forth in the constitution.

The autonomous communities are governed according to the constitution and their own organic laws known as Statutes of Autonomy, which contain all the competences that they assume. Since devolution was intended to be asymmetrical in nature, the scope of competences vary for each community, but all have the same parliamentary structure. - Source 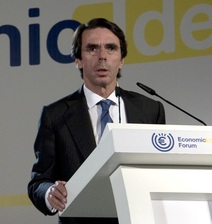 Law 7/1985, passed by the former Spanish President Felipe González Márquez (socialist), lays down the procedure of the Local Government. Every city in Spain used this Law until 2003.

This year, the former Spanish President José María Aznar López (conservative), passed a Law (57/2003) to modernize organic rules of those cities which had more than 250,000 inhabitants, and other important cities (like capital cities of provinces with at least 175,000 inhabitants).

Also, it exists two other important Laws for specifically Madrid (Law 22/2006) and Barcelona (Law 1/2006). The main governing body in every city is called the Plenary (el Pleno). The number of members that compose The Plenary varies depending on city's population (for example, since 2007 Valencia has 33 members and Pamplona has 27).

The name given to the members of the Plenary is councelor (concejal). Those councelors are elected between city's inhabitants every four years by direct vote. After being elected, councelors meet in a special Plenary session to determine who will be elected, between them, as city's Mayor. In the next days after the election, the mayor chooses some councelors to set up the executive governing body (Junta de Gobierno).

After that, and for the next four years, city's mayor and the Junta de Gobierno will govern over the city according to their competences (urbanism, some taxes, local police, licenses for specific activities, cleaning services, etc.). Meanwhile, councelors in the Plenary but not part of the Junta de Gobierno (the opposition) will oversee Mayor's rule.

The autonomous community of Catalonia is divided in 4 provinces and more than 900 municipalities. Between these two tiers, there are 41 comarques (singular, comarca), roughly equivalent to 'district' or 'county'. The comarca is a commonwealth, or union, of municipalities with competences in several fields (Law 6/1987 of the Parliament of Catalonia).

Thousands of dogs and cats are abused in Spain, while authorities look the other way.