The excluded animals are not protected by any common EU treaty, rules or laws ...... they are abandoned by the EU and is totally at the mercy of irresponsible EU Member States.
We want to change that, and give all the animals in the European Union (and Europe) basic protection and animal welfare by including these groups of animals in the Treaties.
A Member State can always have stricter animal welfare rules if they want to - but never lower animal welfare rules then the EU Treaties!
The excluded animals are:

Question - why are these animals excluded from the EU Treaties?
Answer - probably because the EU does not deal with these animals in the European trading market.

The EU and animal welfare: policy and objectives - The European Union operates under the principles of conferred competences and subsidiarity.

Competences not conferred upon the Union in the Treaties remain with the Member States and under the principle of subsidiarity, in areas that do not fall within its exclusive competence, the Union shall act only if and in so far as the objectives cannot be sufficiently achieved by the Member States (Article 1, 4 and 5 of the EU Treaty).

As a consequence certain topics of animal protection remain under the responsibility of the Member States (e.g. the use of animals in competitions, shows, cultural or sporting events and the management of stray dogs/companion animals). 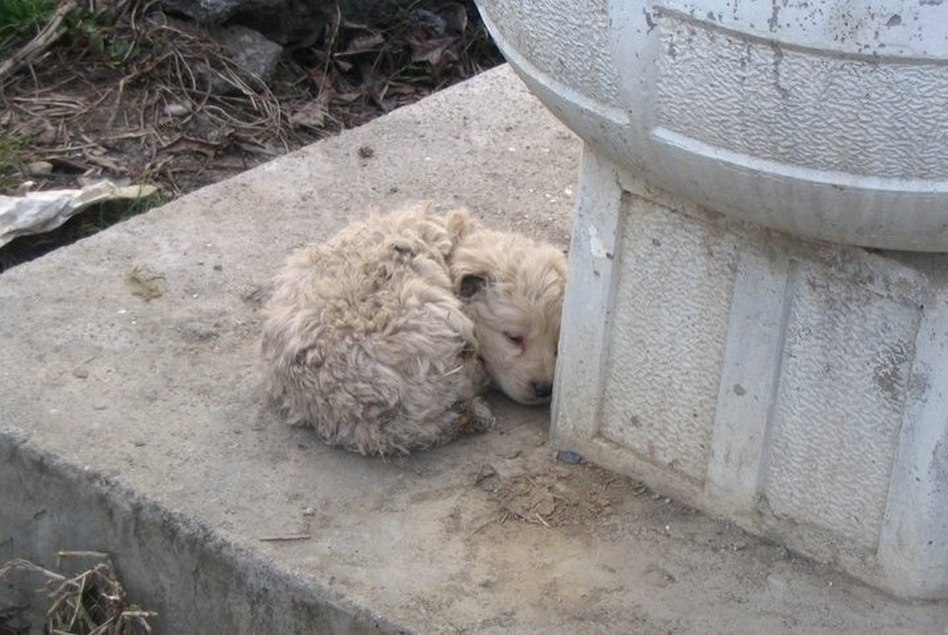 The EU is well aware that companion animals are suffering in many Member States. 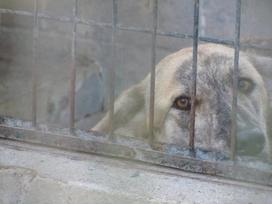 The welfare of pets (companion animals) is currently not the subject of EU legislation. Data on the number of pet animals in Europe are patchy and variable in quality. According to the European Pet Food Industry Federation (fediaf) there are 191 million pets in Europe, with 60 million cats and 56 million dogs.

Enforcement of (national) legislation on pets varies widely across the Member States. In some, action is in response to complaints about animal abuse. Others have veterinarians inspecting trade establishments (FR), while others leave inspection to inspection services of animal welfare NGOs (e.g. in UK, NL). 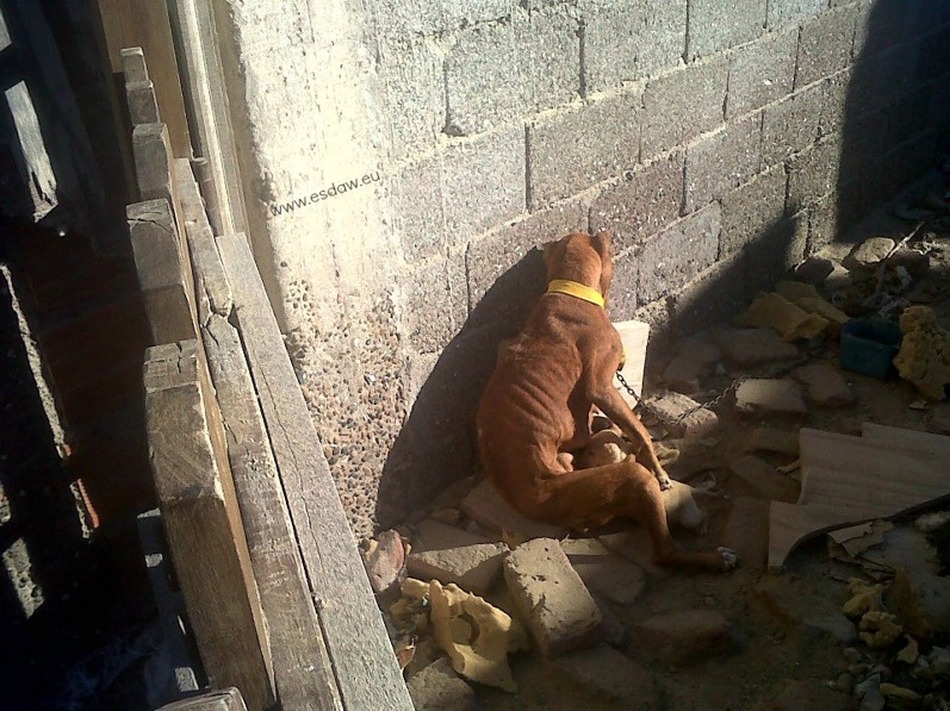 An Overview of the EU’s Policy on Animal Welfare and companion animals. 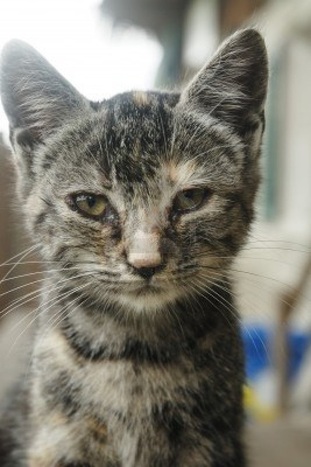 Pet animals are not covered by EU legislation, but often (?) by general animal welfare or cruelty laws in Member States. These provide some minimal standards for housing and care or a general "duty of care‟. This is the case for all the Member States that were investigated.

▪ Licensing the commercial trade in pets, e.g. by requiring licenses for pet shop owners, pet shelters and commercial breeders or pet trainers; ▪ Stray dog policies; ▪ Tail docking policies (either banning or allowing tail docking for working dogs or for medical reasons); and ▪ Identification and registration (mostly for dogs, also for cats in some Member States)

Several Member States (e.g. RO, NL, IT, SE, DK) expressed a wish to see pet welfare legislation implemented at EU level. Specific subjects that were mentioned were guidance on stray dogs and identification for dogs (in view of trade and pet movements across Member States) - the only option that can be given when the companion animals are not included in the Treaties.
Evaluation of the EU Policy on Animal Welfare and Possible Policy Options for the Future - DG SANCO - Final Report December 2010 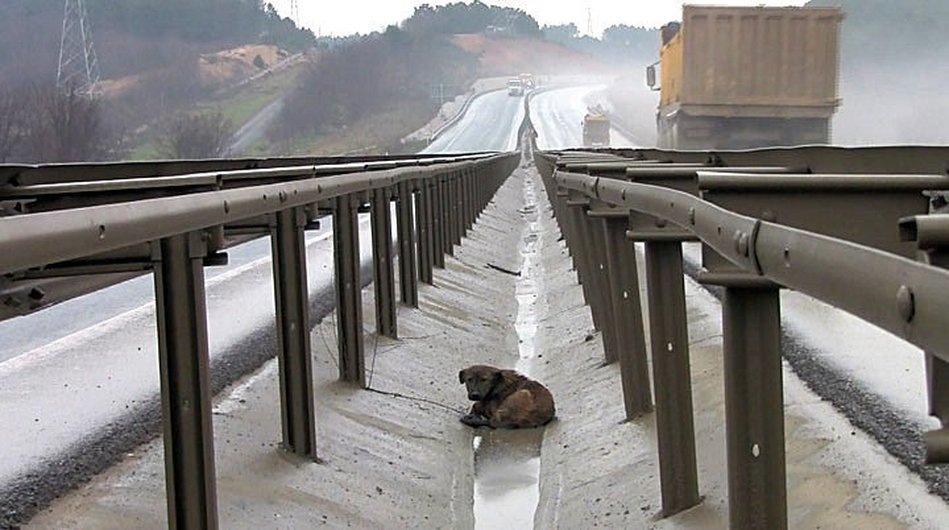 The EU continues to repeat itself, despite hundreds of thousands of letters, petitions and other evidence which citizens lavished politicians in Brussels concerning the unbelievable atrocities that take place in the Union. 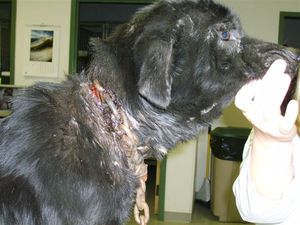 Pet welfare legislation is very variable in extent and requirements across the Member States. In view of this, and also considering the range of welfare issues and the number of pet animals in the EU, introducing pet welfare legislation at EU level could be considered. This would achieve a more harmonised approach to higher welfare standards.

﻿ ﻿ Pets in Europe (PIE), a coalition of several European animal welfare NGOs, has been promoting the introduction of pet animal legislation since 2007.

Traceability of pets is not only seen as important for animal welfare but also for animal and public health and can increase confidence of consumers in the safeguarding of dog welfare. Dog licensing would also address irresponsible dog ownership, abandonment, stray dogs, over-breeding and dogs which are increasingly problematic. 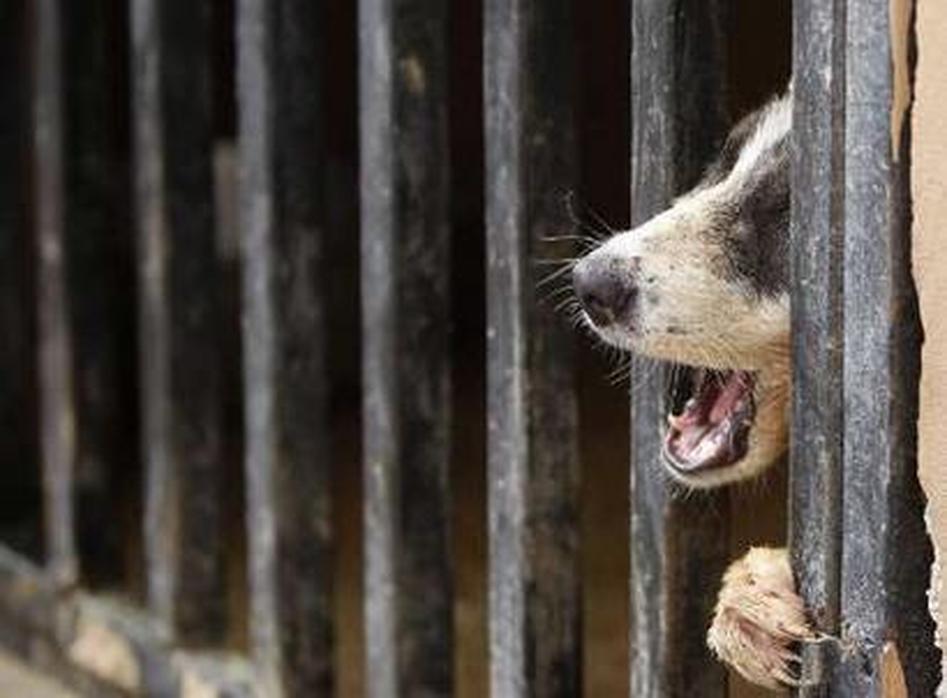 The ﻿﻿majority﻿﻿ of Europe believe it is a necessity to involve companion animal welfare in the European Union.

Statement and question - It is important that the EU is involved in animal welfare policy for Pet Animals (page 128):

The welfare of companion animals is not subject to EU legislation, rattles EU - and continues to ignore all the atrocities in the Eastern and Southern Member States - and referring to outdated information and sketchy data - that no one listens to or following. 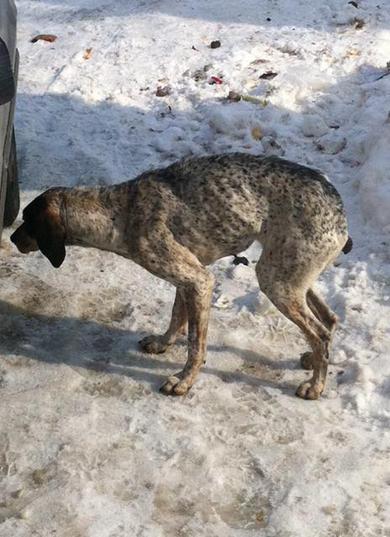 - No EU wide research initiative with regard to the welfare of companion animals has been identified (?).

- No EU initiatives are known in this area (?).

The OIE Terrestrial Code contains guidelines on the control of stray dog populations (just repetitions, nothing is done).

The standards are regularly updated to take account of latest scientific findings. It addresses humane methods for the control of dog populations and the prevention of important zoonotic diseases, such as rabies and hydatidosis, in communities. While the welfare of stray dogs is not a matter of EU competency, the EU has a role in establishing a common position for OIE negotiations - EU policy has substantially contributed to enhancing the welfare of Pet Animals  - the answer is NO (page 131).

The ONLY thing hapened in this area are:
Cat and dog fur - A Regulation bans the placing on the market and the import to, or export from, the EU of cat and dog fur, and products containing such fur, in order to eliminate obstacles to the functioning of the internal market and to restore consumer confidence that the fur products which consumers buy do not contain cat and dog fur........and the Movement of Pets (Dogs, Cats and Ferrets) entering the EU.

We, the citizens are the stakeholders of the companion animals and we are tired of the EU's indulgence - further, we are also the basis of the EU, through our votes. 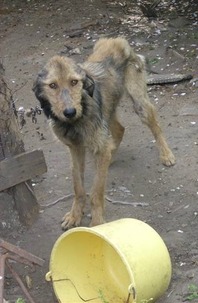 Stakeholders’ Views on Harmonisation Animal welfare NGOs and sector stakeholders interviewed were in agreement that EU legislation has facilitated harmonisation, especially by raising standards in the new Member States.

However, concerns were expressed that there are still unequal levels of animal welfare between Member States and that with the current size of the EU the rate of progress towards new welfare legislation will slow down.

More importantly, most stakeholders stressed that it is not so much a lack of harmonisation of legislation that impedes welfare standards, but a lack of enforcement of these standards (Section 3.1).

ESDAW and EU citizens disagree - The EU must step in and protect the animals in all Member States with a common constitution. 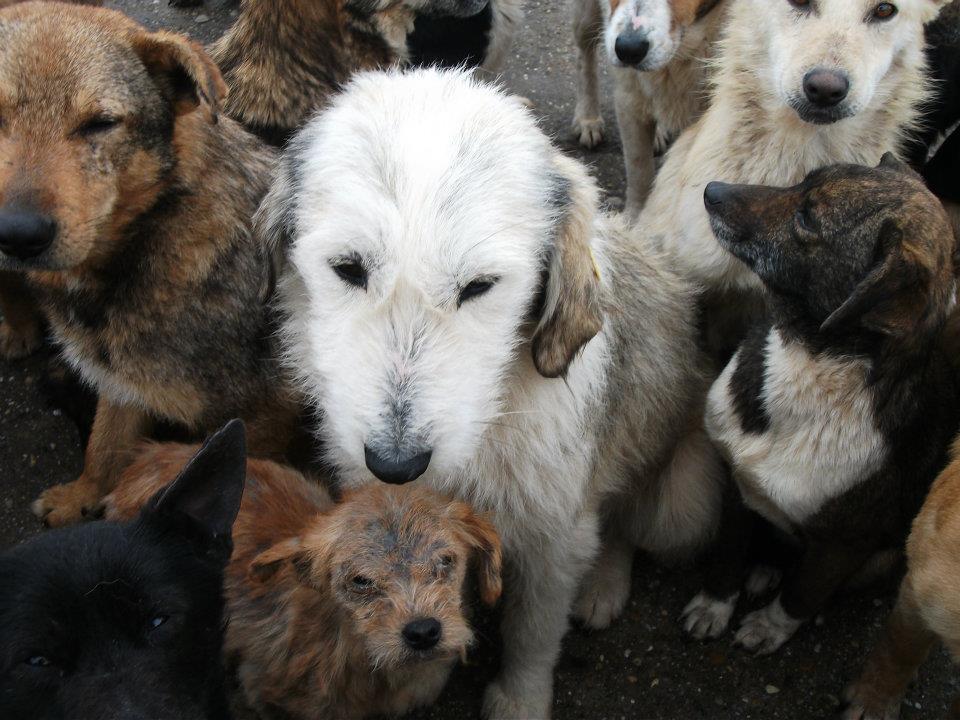 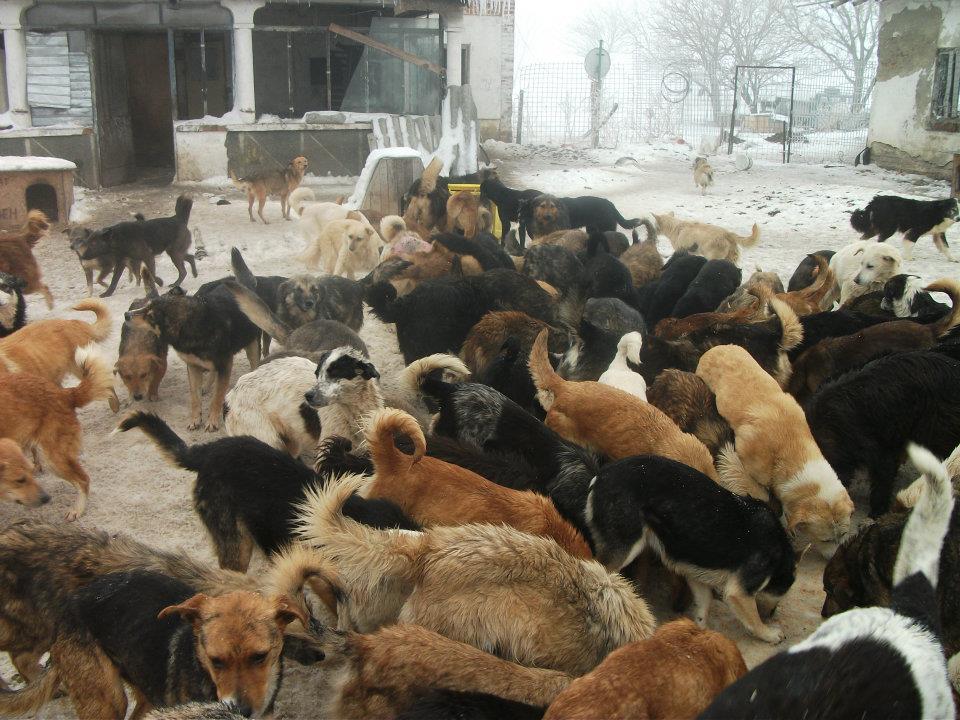 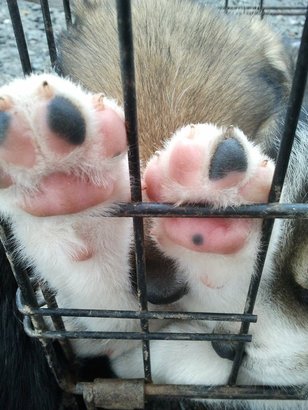 Commercial trade in pet animals is also significant, although official evidence of the scale of cross border trade is limited. There is concern that puppies, in particular, are increasingly being bred for cross border trade and there are significant concerns about animal welfare, especially in Member States where breeding establishments are not regulated.

For example, the RSPCA has estimated that 50,000 puppies are imported into the UK annually from Ireland. There is also evidence of large scale import of puppies from Eastern to Western European countries. IFAW reports that approximately 50,000 dogs in The Netherlands originate from illegal trade.

However, they also assess this as being an underestimate. The rearing of these „trade‟ puppies is largely unregulated and significant welfare concerns have been highlighted.

The puppies are transported before weaning, they often do not have the correct vaccinations, are transported with little regard for their wellbeing and under unsanitary conditions. Besides trade in pets, other aspects of pet ownership can affect the European market, although data is very limited. 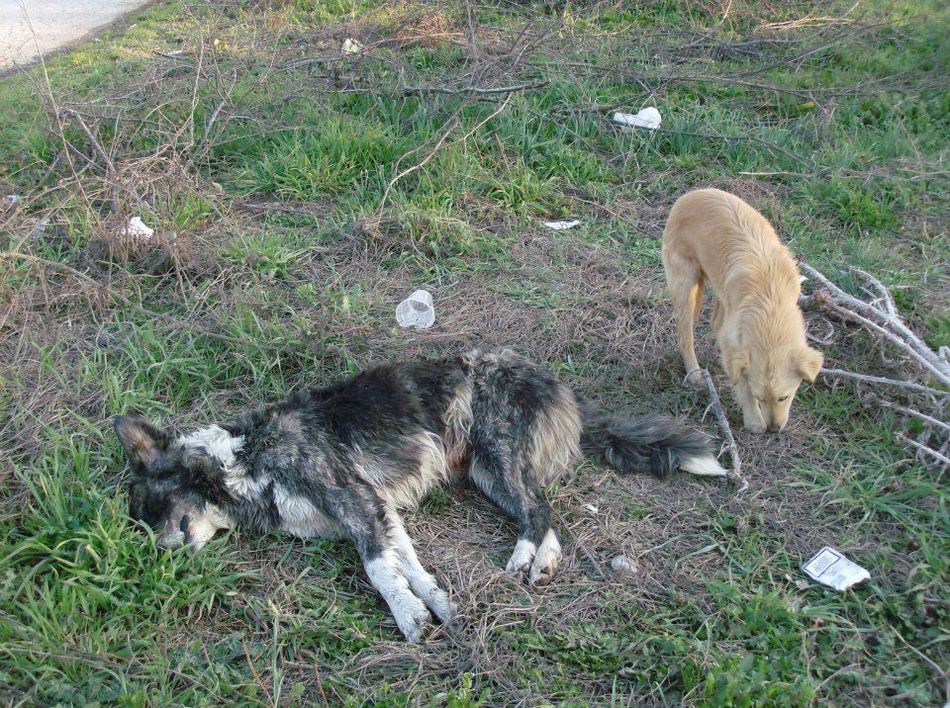 What is it in this text who literate people do not understand and respect?
The Treaty of Lisbon, which entered into force on the 1st of December 2009 amends the current founding treaties, Title II of TFEU lists some key principles the Union should respect:

Here an Article 13 has been introduced with the Lisbon Treaty. It states that: "In formulating and implementing the Union's agriculture, fisheries, transport, internal market, research and technological development and space policies, the Union and the Member States shall, since animals are sentient beings, pay full regard to the welfare requirements of animals, while respecting the legislative or administrative provisions and customs of the Member States relating in particular to religious rites, cultural traditions and regional heritage."

A signed agreement ought to be respected?

Many Member States have signed the European Convention for the Protection of Pet Animals, which means that these countries shall endeavor to comply with the directives. 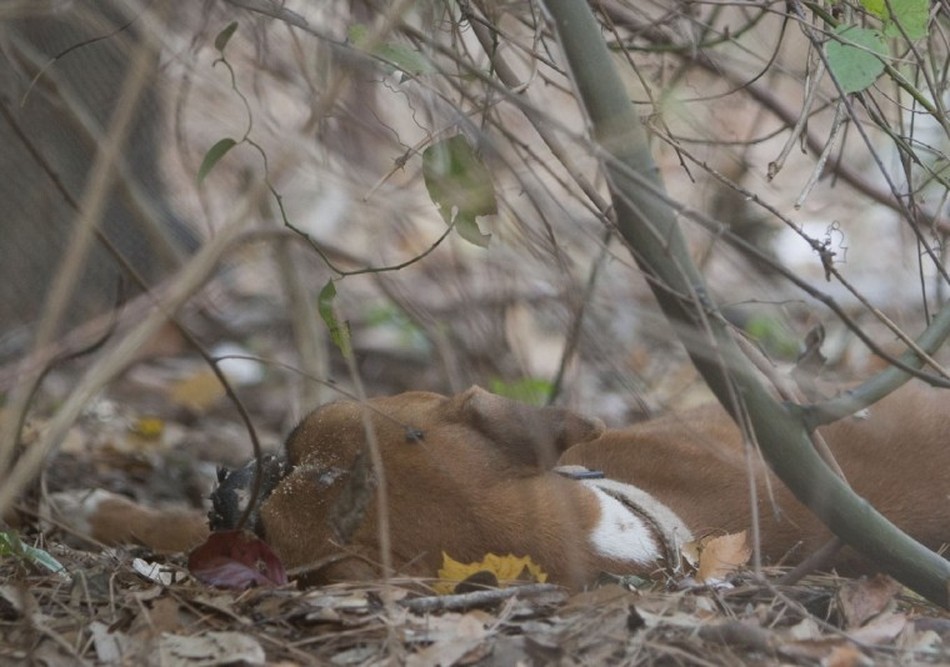