If I could tell you. If I could use my hands to describe the crumbling of the sky. The way darkness pushes itself to that edge.

If I could tell you, my words would bring you to the depths of a moment so dark that the absence of light - it would rip the flesh off your skin.

Because even now, my mouth is dry without words. Nothing can begin to describe a man born without a heart.

I wonder what each of them must think. To be imprisoned some place. To be trapped in a darkness so thick. To be in solitary and know that no matter what you do, you are going to die the most awful death.

In Hanoi Vietnam, I went to three different operations. The first and the largest, they slaughter hundreds of dogs. The owner said sometimes they kill in excess of over five hundred dogs a day.

They have this room, where they process what they call their "special meat." Dogs whom undergo hours of torture. They told me the dogs that enter this chamber are hand picked because they have a strength inside of them other dogs do not. While I was not allowed into this room, their screams were evidence enough that a darkness I have never seen lived there. 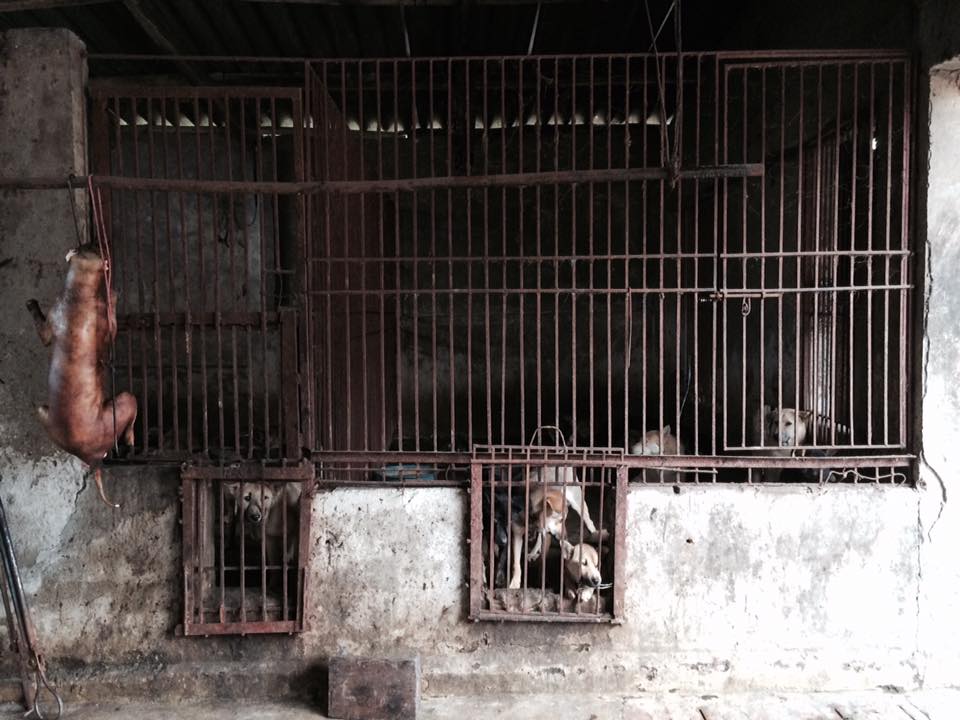 The second slaughterhouse, a place of unimaginable cruelty. They burn dogs alive here. Hang the body in front of all the others to instill fear. He told me they beat them. Break their bones, cut their feet off before the killing. He claimed this is what made his meat taste better.

The last slaughter house was small and family owned. Eager to do business in the future (I was under cover as a meat buyer), I was able to rescue all the living dogs they had left. While the number I saved in Vietnam paled in comparison to the large numbers I do in China and Korea, these eleven lives seemed to matter so much more.

There was this moment when I first opened the door. That the dogs who cowered in fear, who spent their whole lives watching death bleed itself from walls. Its like they knew who I was. Its like they were stuck someplace between a dream and a nightmare.

There was this little brindle dog, and I swear - he cried in my arms. I saw real tears that matched my own tears. I felt a real heart explode into the heart I hid in my own chest. In all the pending darkness, in all that savagery and terror - it was in this moment that I knew darkness had lost. That the love in my heart had overcome evil.

I saw God trapped in this dogs face. It was beautiful. It was passionate. It was rescue at its rawest and purest moment. I was their savior. I was the person they had searched for in the sky for all that time.

For the first time in a long time, I feel proud of the footprints I left upon the Earth. And even if I only saved eleven dogs and five cats - that was me in solitary. That was me left there in waiting. Back then I had to save myself. 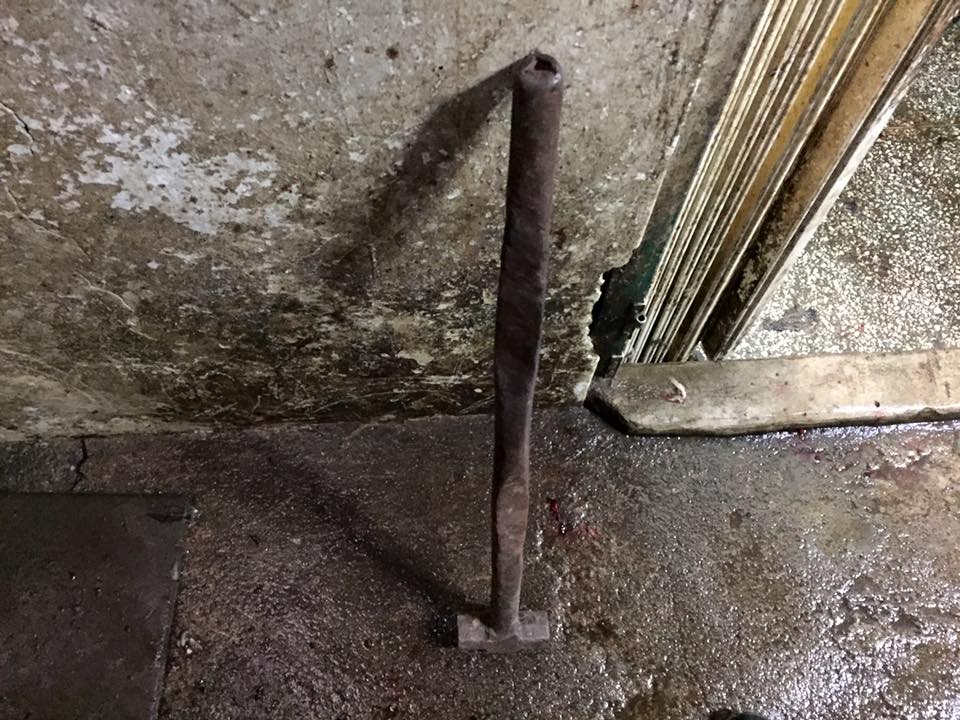 The cruelty I saw

The places my feet pressed upon, the darkness that I trekked through on this journey - indescribable.The cruelty I saw. The inhumanity. To know that such people exist. To know that there are humans that possess no compassion. It is both terrifying and soul shattering.

You would think that as we evolve, that as our hearts grow in size and grander, that we would learn more of what is right. That we would learn that the truest gift in life, it is giving a part of who you are to others.

In my life I have experienced no greater feeling then the feeling of changing someone's life. Whether its a person I helped on the street, a cat I set free, or a dog I cut down from a noose - that is what makes me better. My capacity to give. My capacity to look inside of my skin, and to help those I can with my hands.

Through my suffering and my past, the most valuable lesson I learned was that in some way we were all once trapped. That we were all once some place both withering and dying. And that without a chance, we would never have the opportunity to become something greater then who we were.

Life is about hope. Life is about second chances. Its about redemption. About taking who it is that we are, and becoming something more.

In Hanoi Vietnam I rescued five cats from a small slaughter operation. I tried my best to find a rescue to take them, but none would assist. In the end, I felt by freeing them they at least had a chance to survive and live.

May God protect them. May God give each of us the heart we need to help others. May each of us find that the biggest reward in life comes not through what we buy or wear, but through lives we breathe hope into.

To all those who followed my journey. To all those who donated. To each of you who shared and commented on my posts. Thank you. I just landed at Los Angeles International, and will be on my back home to Sherman Oaks.

You probably do not realize this, but in my darkest hours I would log on to Instagram and Facebook, and when I felt like I could not push any further, your thoughts and words - they were the light when my eyes could not see. In all that hate and darkness. In that exact moment when I had that gun pressed to me - I knew that I was not alone. I knew that people believed in my cause. I knew that if I had died, that I died being the best person I could possibly be.

In the end - that is all that you think about. That is what flashes before your eyes. Not memories. Not what you own or buy. But single thoughts.

Will I be remembered? Did I live my life to the fullest?

I will and I did. Give, because in your heart there is something to give ....... 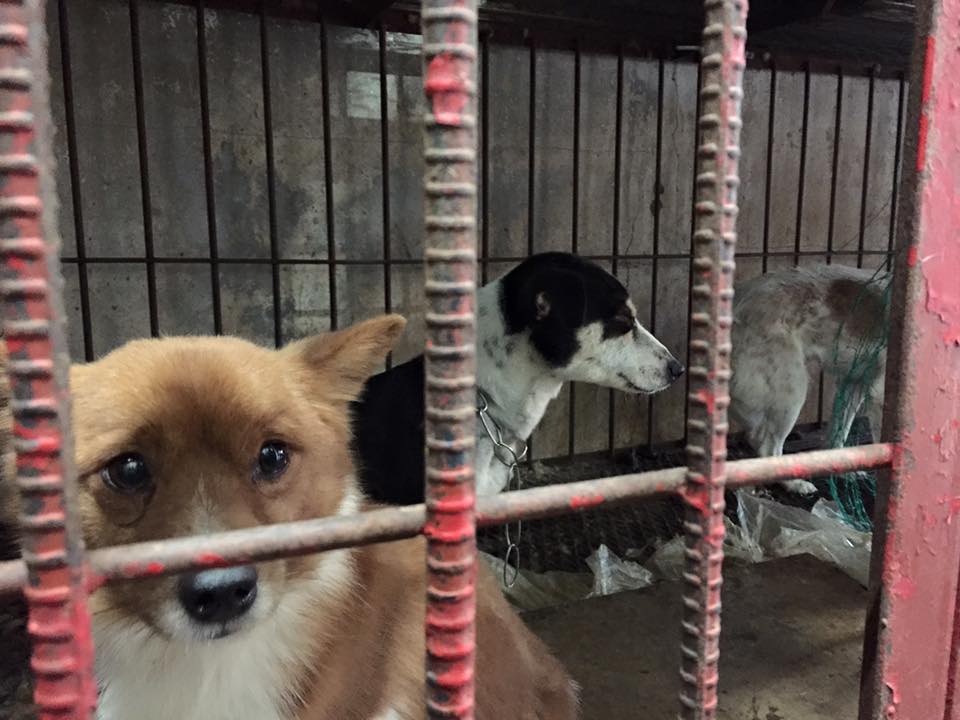 In my darkest dream

In my darkest dream, I would duel against death. I would face a nothingness, and reach this point that I pushed my lips to the edge.I would stand there. My finger prints eroded. Lost by the way it clung to that precipice. To that belief inside of me that love could save me. That light could penetrate even the most desolate of places.

In the end, I learned they had lied to me. Light cannot always penetrate darkness. And in the midst of desperation, love is powerless.
My eyes saw a hundred dying dogs. I pressed to my chest so many carcasses that their stench, I cannot peel it off my skin. I watched them burn dogs alive. I watched them beat with malices countless of screaming lives. Mouths that became my mouths. Screams that became prayers to a God that was no where to be found.

I took thirteen showers in four hours, but cannot wash away the stench that clothes my body. Even now, with my flesh pressed to this bed, I feel their blood falling from the sky to my skin.

In my heart I have nothing left. In my heart, I am crumbling pieces swept into the wind. How do you make sense of all that madness.

How do you face a death that is faceless and compassionless.

In the end, I could only save twenty four lives. Twenty four souls that I pulled from the Earth and carried on my side. Some died in my arms. Some died in the midst of desperation. Some made it to that place of promise.

In three hours, I will leave the loneliness of this room and head to the most dangerous mark on my path. I leave the darkness of the blood that stained my hands, and walk into the jungle of death. North Vietnam. Hanoi.

I am the voice for those that have no voice. I am the face to the faceless.

My name is Marc Ching, and I am a man on a journey to save who ever it is that I can. I am the Animal Hope and Wellness Foundation, and this is as pure and as real as it gets. This is me breaking into the wind.

I am not afraid, because when you are dead, there is nothing in you left - Marc Ching 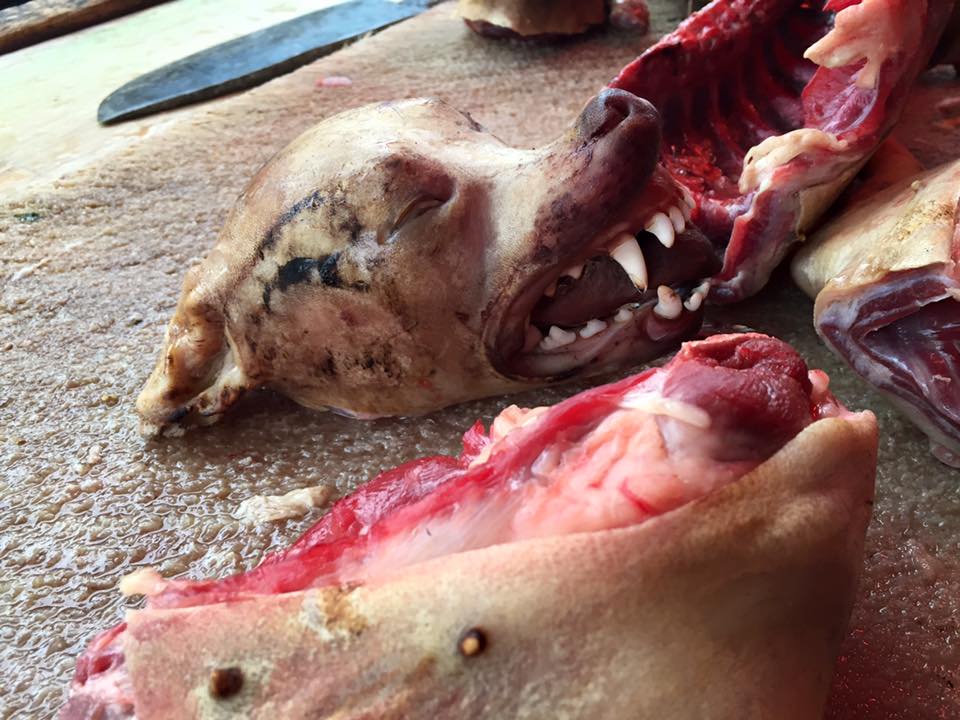