The Parliamentary Intergroup on the Welfare and Conservation of Animals 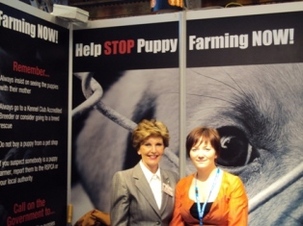 The Parliamentary Intergroup on the Welfare and Conservation of Animals is the one of the first-established and longest running Intergroups. Founded in 1983, the Intergroup has been going from strength to strength for well over a quarter of a century. After many years, the Intergroup remains very active: it has discussed an incredible range of issues, but it is not just a place to talk, but also a catalyst for action.

Many European initiatives for the protection of animals have their roots in the discussions of the Intergroup. It is here that issues such as the clubbing of baby seals, the long-distance transport of live animals, the trapping of animals for fur and the confinement of calves in stalls were seriously debated for the first time at a European Level.
Members of the Intergroup have been at the forefront of drafting and championing legislation, wielding influence beyond their power through force of argument and with the support of public opinion. Numerous petitions and tens of thousands of letters have demonstrated that for the average European, animal welfare is a serious issue.

Members of the Intergroup have witnessed at first hand some of the conditions which animals are forced to endure. They have gone as far as the Canadian ice-flows, to Africa and closer to home visiting factory farms and laboratories. During the lifetime of the Intergroup, the welfare and conservation of animals has moved from the political fringe to become a mainstream concern now reflected in the European Treaty. 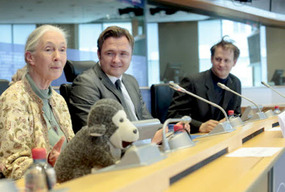 There is a constant supply of new challenges, not only because of the scale of the problem and the need for international as well as domestic solutions, but also because the Parliament itself has grown and diversified.

An inevitable period of transition is now underway where the newer Member States are required to adapt to the existing European model, including provisions to protect animals. The Intergroup intends to remain at the forefront of new initiatives, both by encouraging Parliamentary debate and scrutinising the performance of other EU institutions with animal protection responsibilities.

Intergroups provide a platform for Members of Parliament to discuss issues of common interest. They are by definition cross-party groups where an interest in the subject matter is the criterion for participation. Many different Intergroups exist in the European Parliament, but the group on the welfare and conservation of animals is one of the first established ones.
On average the Intergroup meets once a month during the plenary session of the Parliament held in Strasbourg. Each month there is a different main topic to discuss, often presented by a guest speaker. At the end of each debate an action point is decided upon and then delegated to either the secretariat or a member of the group to follow up.
The Intergroup has five main objectives: 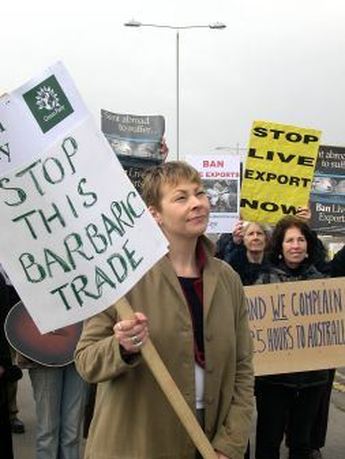 With the creation of the website, the Intergroup has also undertaken to promote its activities to a wider audience and to encourage a better understanding and dialogue with EU citizens. The Intergroup for animal welfare is open to all members of the European Parliament. Each MEP receives an invitation to participate during the meetings.

Members who cannot attend in person sometimes send their assistant as an observer. Meetings of the Intergroup are open to the public and are often attended by a large number of interested parties, including Commission officials, industry and NGOs. Only the members and guest speakers are usually allowed to speak at the meeting.

The president of the Intergroup presides as chair at each meeting. The President is appointed every two and a half years. Every effort is made to rotate the presidency between political groups and nationalities.

Working closely with the President is a group of Vice Presidents that reflect the various political groups represented in the Parliament plus an Honorary Secretary. Together with the secretariat, these form the bureau which decides on the day-to-day running of the Intergroup, including its agenda and reporting.

The open and inclusive nature of the Intergroup means that there is not a general membership, although a list of active members is compiled based on recent attendance at Intergroup meetings.

The secretariat is provided by Eurogroup for Animals, a non-profit non-governmental organisation based in Brussels. Eurogroup has carried out this role since the creation of the Intergroup and it supplies a wealth of experience and expertise drawn from its 42 member organisations spread throughout Europe.

The Intergroup receives no commercial or private sponsorship, nor any financial assistance from the other EU institutions.

ALDE= Group of the Alliance of Liberals and Democrats for Europe