The entire event was caught on camera as part of an on-going investigation by Let’s Adopt! into the atrocities commited by Kadir Topbaş Hasdal shelter and the Municipality’s well documented practice of dumping dogs in the forests and deserted locations.

The events of that morning, together with undercover footage obtained by Let’s Adopt! proves, beyond any shade of doubt, the blatant disregard for the Law by Kadir Topbaş team and the constant and sustained lies of the Municipality to the Press and the general public.

These atrocities are unfortunately all too common in public shelters across the south and east EU and Europe, not only in Turkey.

Instead of introducing “Neuter and Return” program, working with rescue groups and creating a comprehensive adoption program supported by a real community of volunteers, the state or municipality chooses to mass kill dogs and cats when they have become too numerous in an area.
The following images were recorded secretly at one of those shelters, the Hasdal "Rehabilitation Centre" in Istanbul last June (2010). The images speak for themselves and give us an insight into the workings of Kadir Topbas team. Their cruelty and complete disregard of any basic human principles sends shrivers down our spines.

There is absolutely no difference between similar documents coming out of China. In the meantime, Kadir Topbas, the person responsible for this "operation" as well for the subsequent dumping of thousands of animals in the forests of Istanbul continues denying any illegal activity in Istanbul Municipal shelters. We let you be the judge ..... 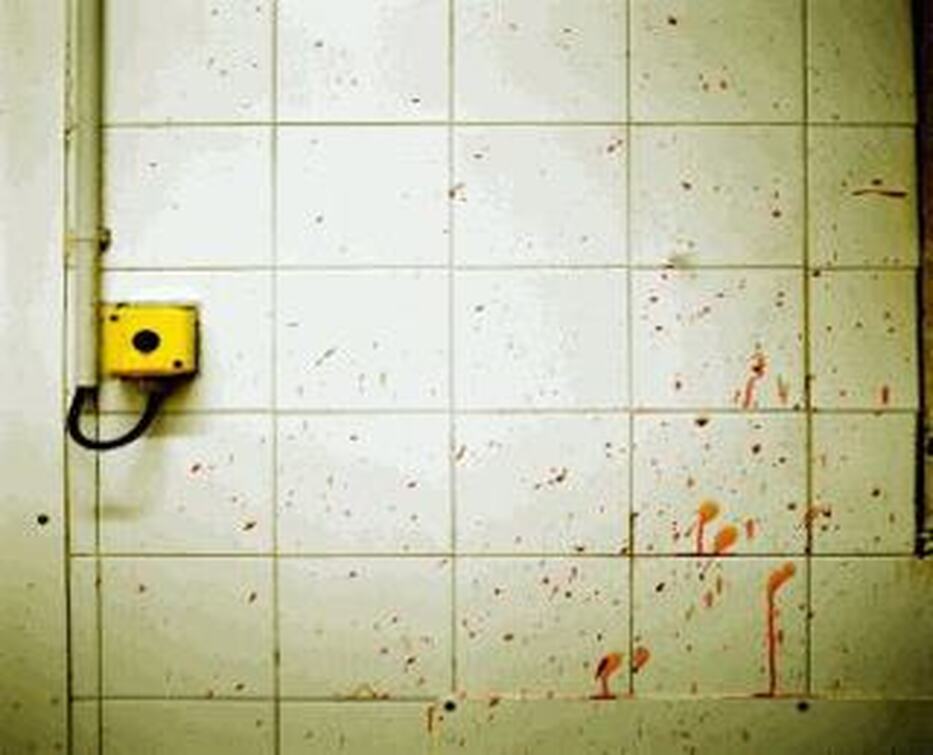 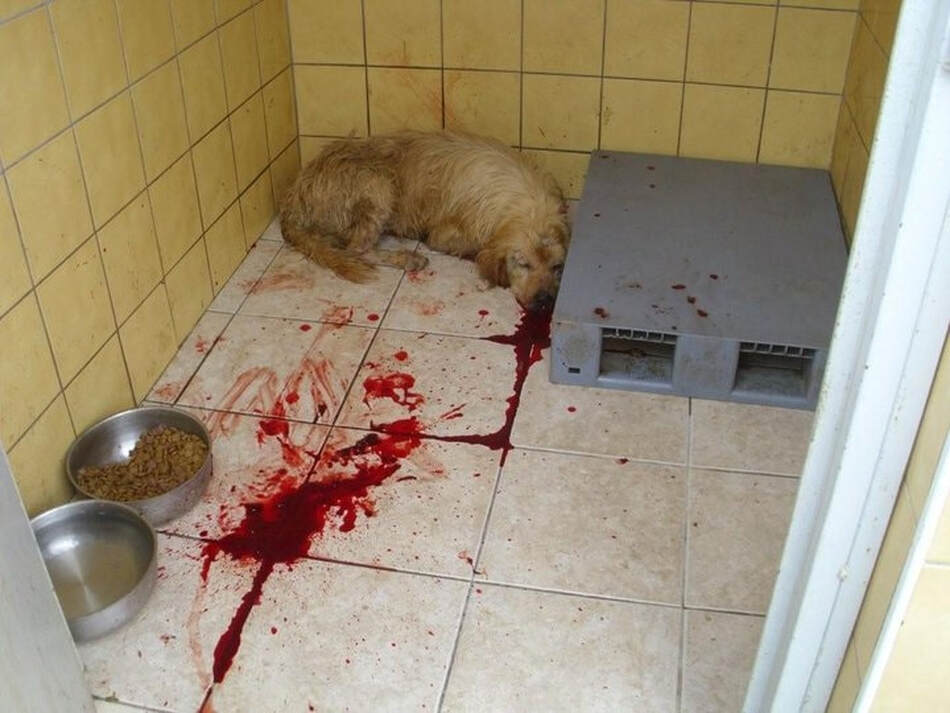 This dog was hit by a car and had been brought in this condition to the Hasdal shelter where the employees left the dog without medical care. The dog has later been adopted and lives in Germany. 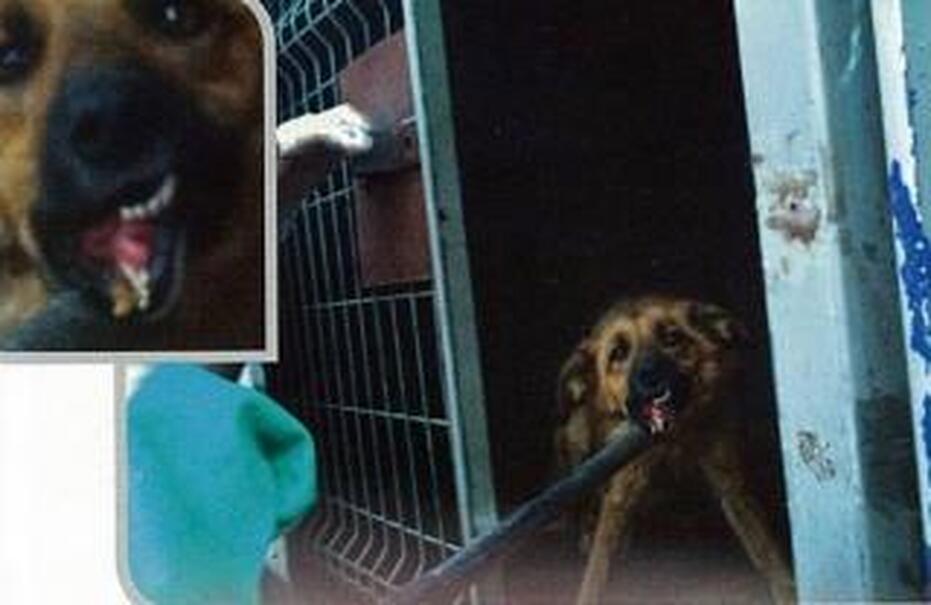 This picture alone gives you an idea of the brutality employed at the Hasdal shelter. The dog in the picture refuses to get out of the cell for God knows what procedure or torture and the employed force the stick with such brutality that it breaks the animal jaw......Imagine the pain......Imagine your dog gets lost and he is found by the Hasdal team. 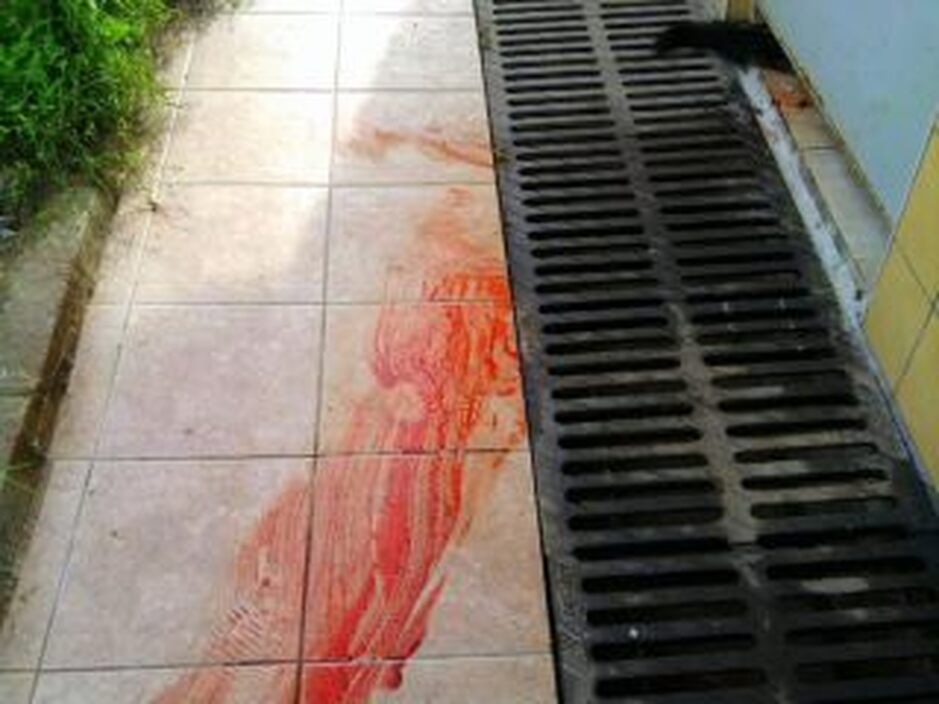 The dog arrived to the shelter victim of a traffic accident. The vets (who refuse to ever touch an animal with their own hands) pulled the dog from the neck using a rope leaving a gruesome trail of blood behind. The dog was dumped on the cage, the door slammed close over his tail..... 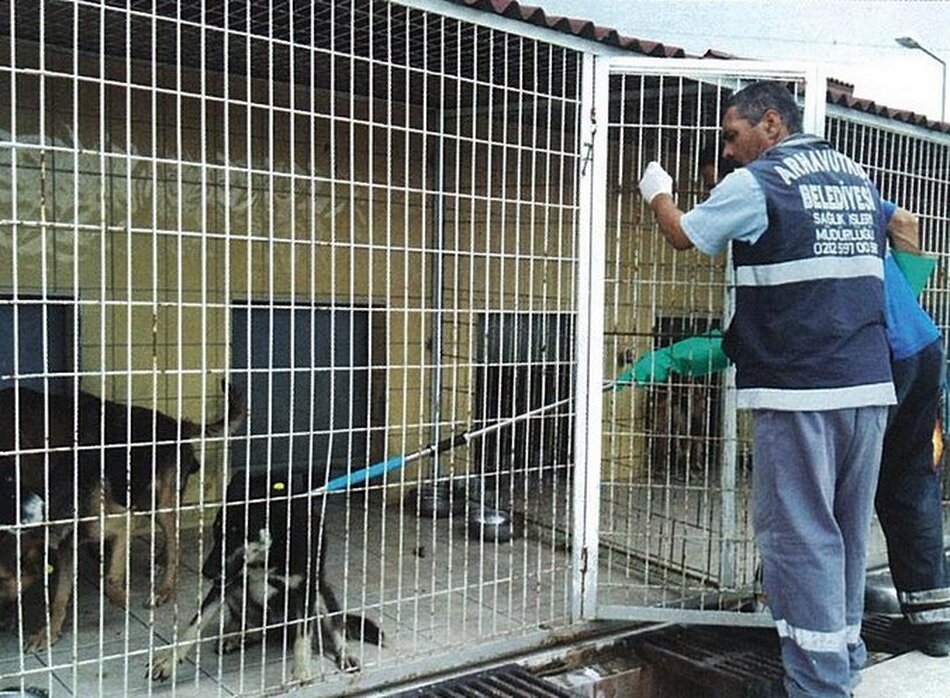 This is the way animals are handled by the employees at the Hasdal shelter. Even the smallest terrier, sick or old animal is handled with a pipe and extreme violence. Animals are dragged through the floor pulling by the neck. 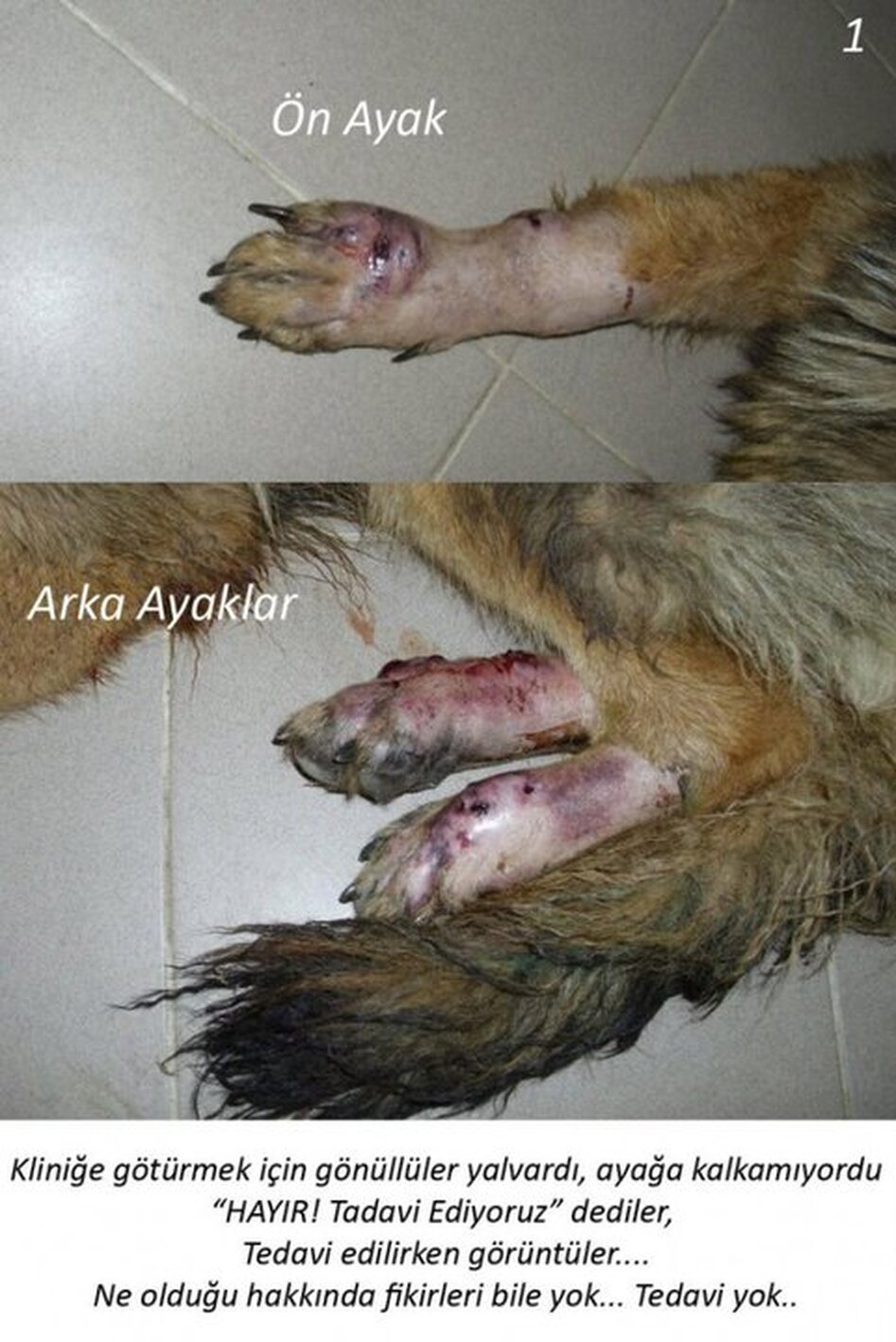 This german shepherd arrived with small injuries in his legs caused by thorns and grass of the kind you encounter in the fields/forest. They were very painful, the dog couldn’t stand on his own, but they were not life threatening. Knowing that Ismail Ay, the veterinarian of Hasdal would NOT bother treating those injuries and that the infection would quickly spread through the body we requested to take the animal to a private clinic immediately.
This request was refused. Ismail Ay wanted to deal with the case himself… he then proceeded to drop the dog in an isolation cage and told the volunteers to stay away. Days later even Ismail Ay was horrified when he entered the cage. The most disgusting smell inmediately hit him on the face and spread throughout the shelter. It’s was the smell of rotten flesh and death. 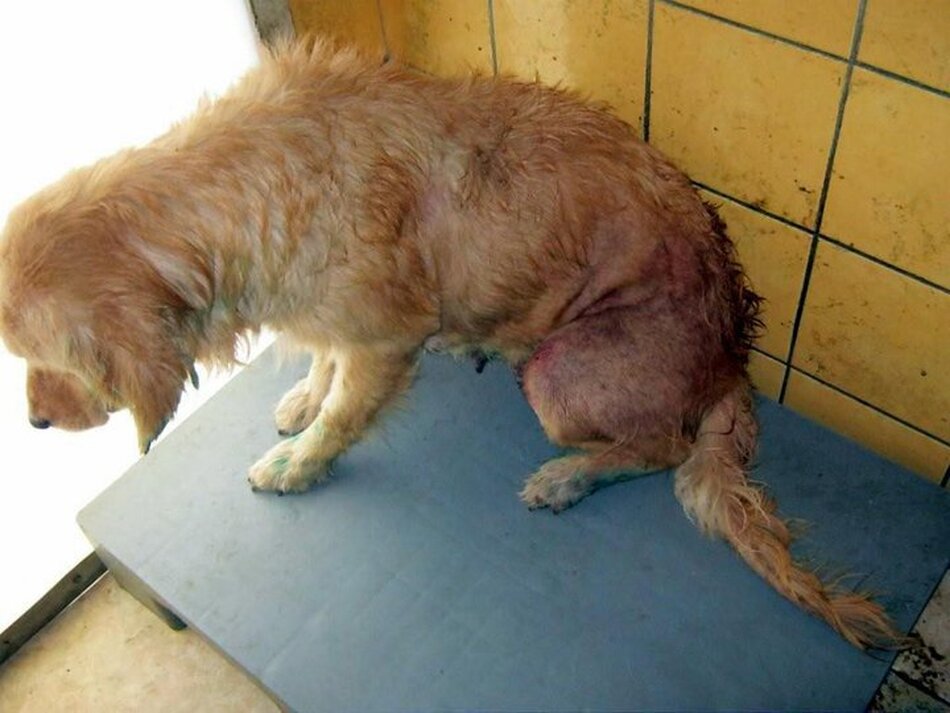 Ismail Ay, the veterinarian at Kadir Topbaş Hasdal shelter was happy that day. None of the dogs he had neutered the day before had died on his operation table. A rare occasion considering that usually about 15 to 20 dogs a week die at Hasdal due to incorrect veterinary procedures. They neuter all the dogs, young or old, small or big, it does not matter. There was a male dog about 3 months that had been neutered. 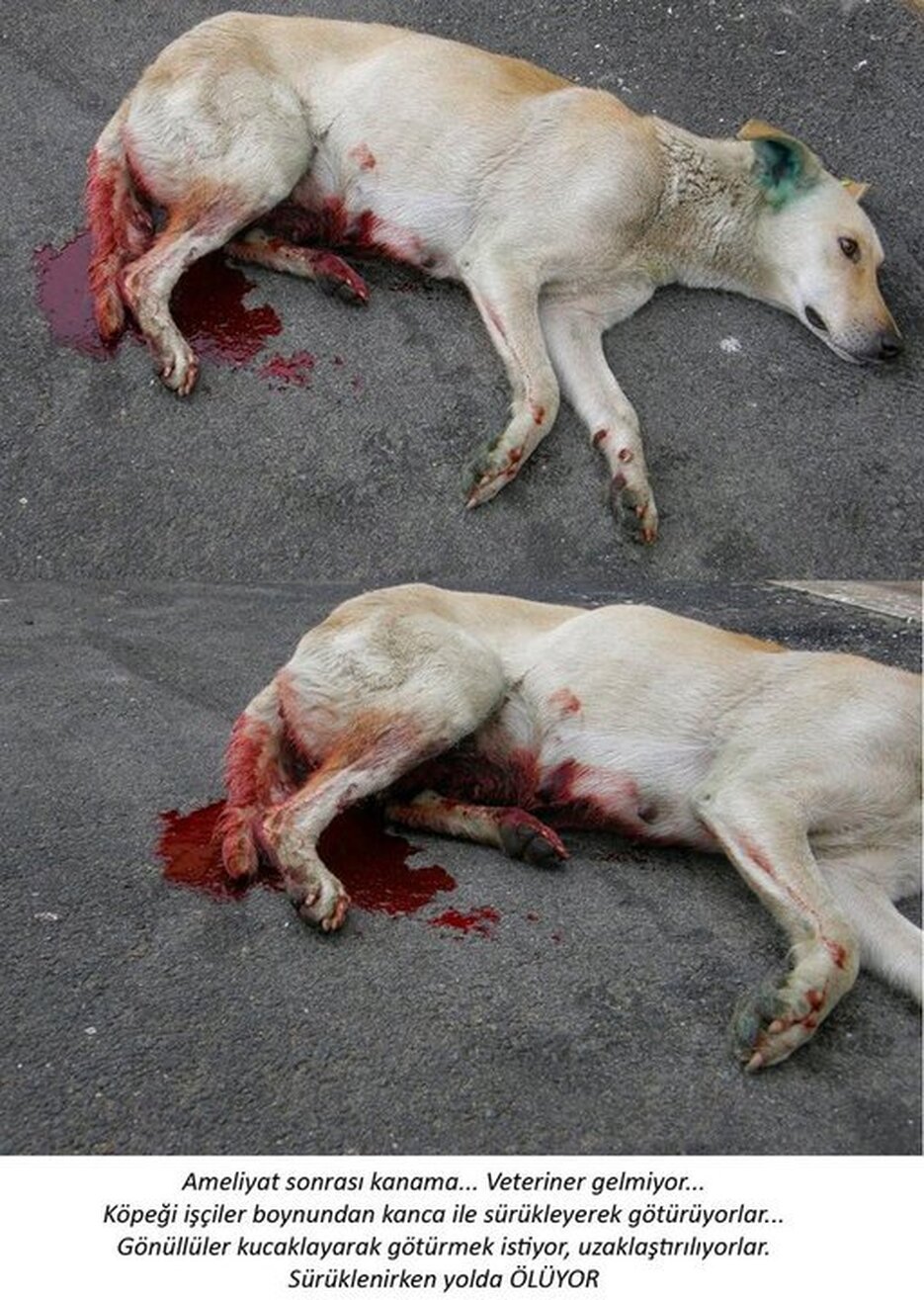 Suddenly the volunteers alerted him that one of the females was experiencing massive lost of blood. Clearly annoyed, Ismail refused to move from his table to go help the animal that was quickly going into shock in the recovery cage. Instead he told the workers to bring the dog to him using their usual catch pole.
There were dead puppies in the waste and the mother was walking around with her breasts full of milk. Mothers with pups were kept in the same cage with big kangals.

In one part of the shelter, they found a dead dog which probably had died 4-5 days ago because there was a stinking smell and worms under the dead body of the dog. There is shit everywhere. The cages were not clean. All the food and shit mix together...

This is what you see in Kadir Topbaş Hasdal shelter if you arrive there early in the morning before the municipal workers have collected all the bodies, an endless stream of death caused by incorrect medical procedures, neglect and brutality. And how does the Hasdal shelter disposes the bodies? very easy… you put them in a garbage bag and thrown them in the trash can, no doubt many of them still alive. To this must add the dogs Kadir Topbas Hasdal releases in the forest die shortly of hunger and disease contracted at the shelter. None of those thousands of deaths are reported. 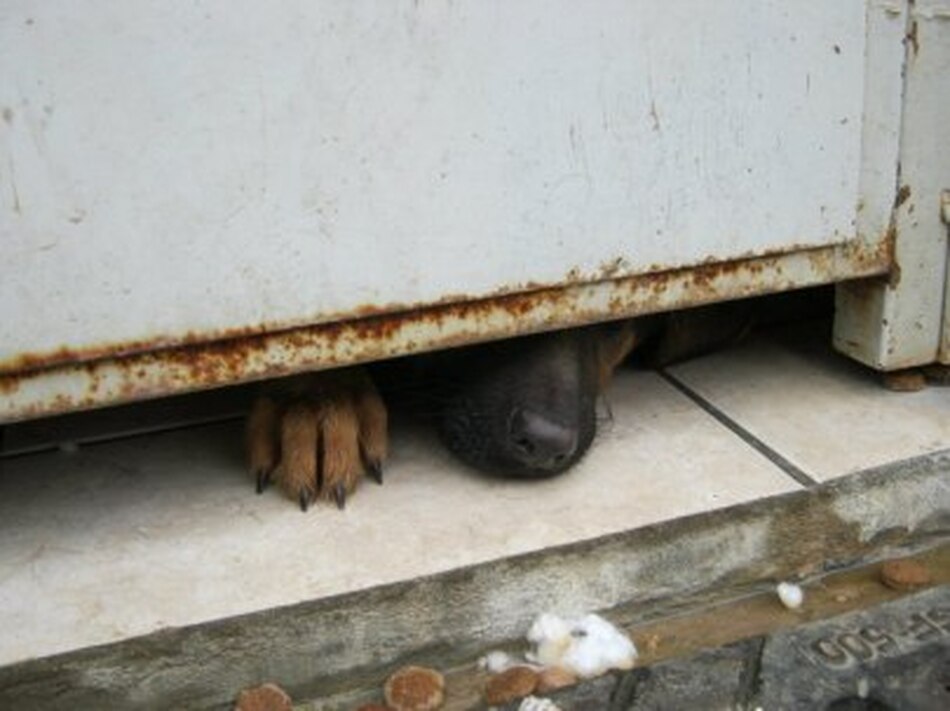 The puppy desperately tries to get a bit of fresh air by sticking his nose under the heavy steel door. In the next few days he will be operated in atrocious conditions and dumped in the forest where he will die of starvation.
Dumped in a remote area for a slow death by starvation and dehydration 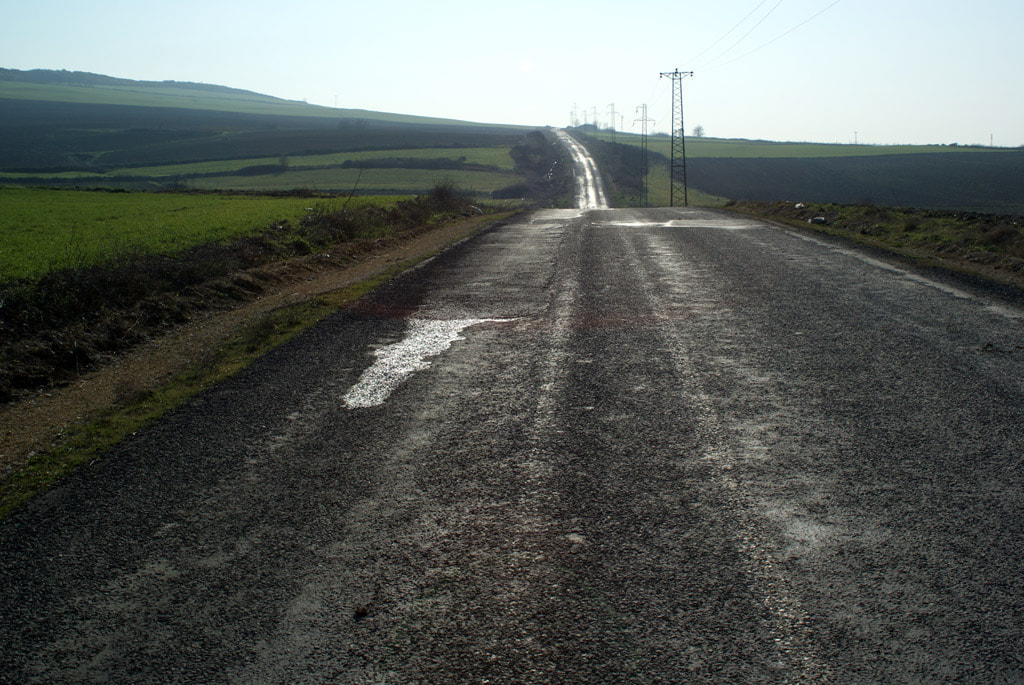 In the back of the Istanbul Municipality's van shaken and terrified, 5 stray dogs violently hit the walls with each bump of the road. The barks and screams can be heard by every villager en route. 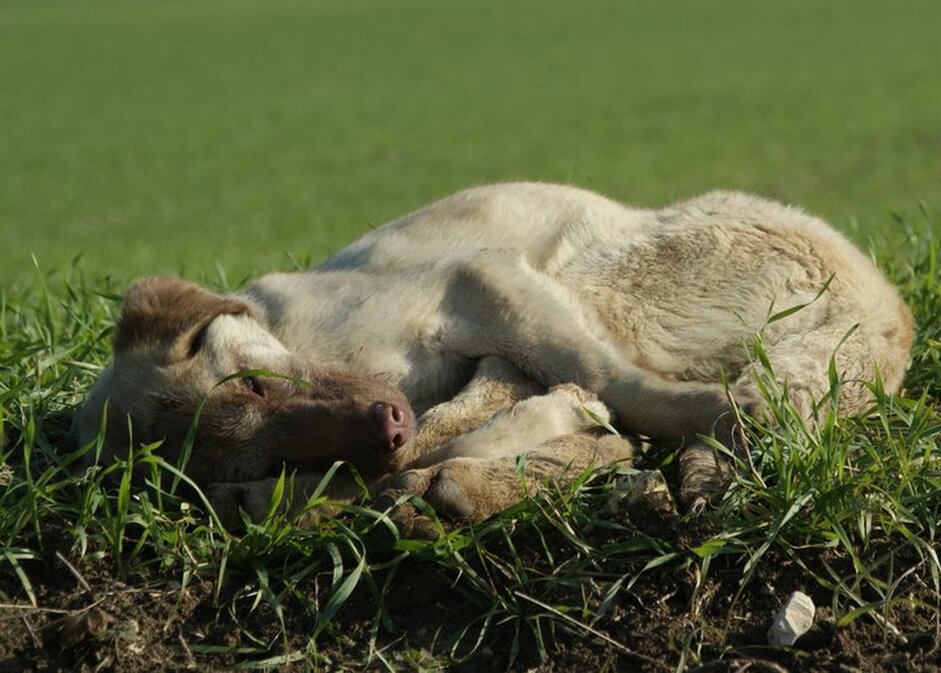 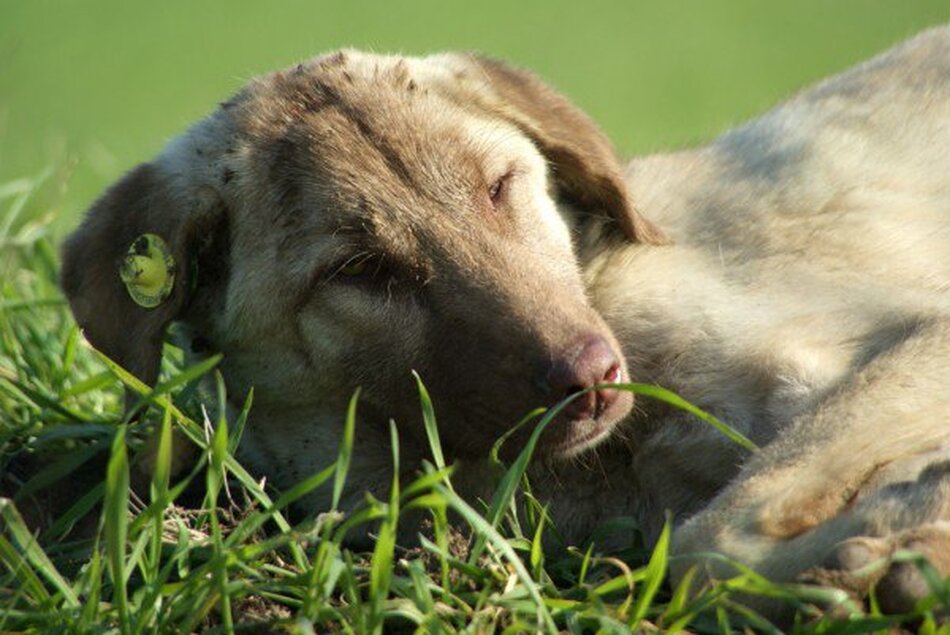 Mila – Dumped and near death on the Roadside.  Dumping dogs by the side of the road is the usual practice of the Istanbul Municipality.....their way to get rid of stray dogs.
This is one of the dogs that was lying next to Mila on the fields... A recent mother completely covered in mange. Her Tag number 003776 Chip number 978.101080586911 Taken from Arnavutkoy, Dumped to Örünçlü Nakkaşyolu (Silivri) on 10.01.2011 at 10:53 AM with IBB car licence number 2724 WITH the heath report "good condition" just like Mila, they were in the same van.....
The forests of Istanbul  is completely filled with the thousands of dogs abandoned there by Kadir Topbas and his team. Every week, teams of volunteers have to go and feed them. Many are extremely sick.
Activists appeal to mayor to stop practice of dog-dumping. A group of around 1,000 protestors met in front of the İstanbul Metropolitan Municipality building to protest what they claim were pictures taken at the municipality’s Hasdal Rehabilitation Center for Animals. For most active animal rights protectors in Turkey, who are very much used to death, bloodshed and pain, not unlike people who live in a war zone, the pictures come as no surprise.

Animal rights group Let’s Adopt! released the pictures online shortly before organizing the protest. The pictures are too graphic to publish or even describe in most publications, showing a shelter in deplorable condition. A golden retriever lying in a pool of blood, bodies of dead dogs strewn around the shelter grounds, both inside cages and out. They have also released pictures of alleged İstanbul Metropolitan Municipality vehicles dumping dogs from the rehabilitation center into İstanbul’s forests. 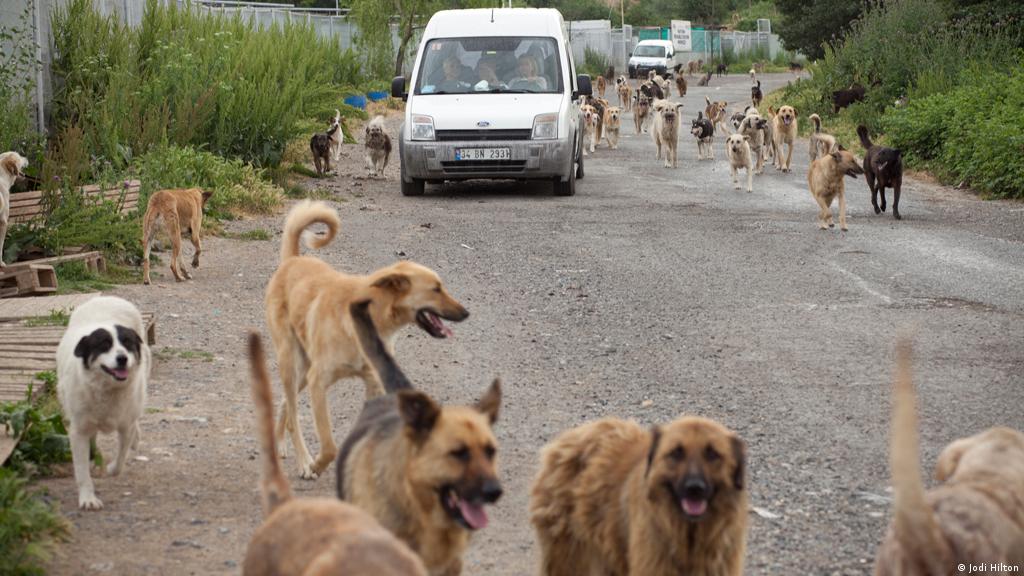 Lawyer Ahmet Kemal Şenpolat, head of the Animal Rights Federation (HAYTAP), notes that the shelter system in Turkey is extremely problematic by its very nature.

“Animal rehabilitation centers have unfortunately been established for animal-haters and for animal-hating municipalities. But the purpose of forming these establishments [by law] was to serve all animals who are unable to take care of themselves.

There is no hotline you can call after 5 p.m., no ambulances. No municipality has a desk you can approach when an animal is hit by a car.” He said the practice of dumping animals in forests is a modernized and updated version of throwing dogs on islands near İstanbul to starve, a practice seen in Ottoman times.

“The problem is not being solved. It is just being moved from one location to another.

Şenpolat says, however, that as long as the source of the problem - such as uncontrolled breeding, the ease of importing and selling animals in pet shops or online, the lack of a program to teach dog owners the importance of neutering, an absence of laws that hold dog owners responsible for dogs dumped and the lack of legislation limiting dog breeding - is not addressed, both animals and people will continue to suffer.