Over 1.1 billion tourists travelled abroad in 2014!

We want to pay attention to all - As a tourist, you have the power to influence countries that you visit. Each time you visit a country as a tourist, you are giving the country income and jobs - often tourism is the largest source of income in the so-called "tourist" countries - by visiting and be a tourist in countries with poor animal welfare - you give in fact, indirect consent to animal cruelty.

The biggest protest you can do is not to visit a country that you perceive to be a country where government, culture and tradition do not care about animal welfare. Inform the tourist office why you do not want to go to a specific country - all part of the tourism industry needs to know that many, in fact, do not accept animal cruelty.

﻿Take the Tourist Pledge - for the Animals sake!﻿ 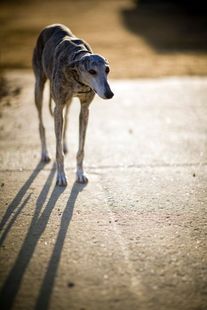 YOU have the power to end cruelty in tourist countries - imagine if everyone at the same time boycotted Thailand a single tourist season - and demanded that the dog meat trade must stop - it would speed up and force the government and the whole of Thailand who live almost exclusively on tourists' money - to hunt down criminal gangs and thugs who live on animal cruelty - no doubt about that!

This example would of course work at all so-called tourist countries - countries that live largely on visitors who spend their money during their vacation.

YOU can help to bring comprehensive pressure on countries and governments that for decades completely ignore animal suffering - start by signing our standing petition - and in doing so show your position and that you choose to boycott animal cruelty.
Petition
We have the power to stop visiting tourist countries that turn a blind eye to animal cruelty - In this way, we demonstrate our disgust, to force governments to take their responsibilities. We have jointly decided to stop visiting countries and thus stop fatten its horrific animal cruelty culture - we have taken the Tourist Pledge.
To:
Countries that live largely on visitors who spend their money during their vacation and that turn a blind eye to animal cruelty.

We will never visit and give our money to a country as long as the government demonstrate such indifference for the suffering of dogs, cats and other animals in the community.

We are a united people who recognition that animals are sentient beings and we have taken the Tourist Pledge to forcefully demonstrates our disgust against the cruel treatment of animals.

We have thus jointly decided to stop fatten the horrific animal cruelty culture and traditions.

We demand that animal welfare are respected in all European countries.