Hunting - the only species on earth that kills for pleasure - is man .....

Hunting dogs are used extensively in Europe. Spain in particular are known for their hunting with Galgo and Podenco. Hunting dogs are used to hunt different games for a few weeks of the year. The rest of the year are the dogs usually chained to a barrel or some other poor protection or kept in dark, cramped sheds/places. Dogs are often receive no care or barely human contact during these months.

In Eastern and Southern Europe, it is common that hunting dogs are given moldy bread or other nutrient-poor food and water, just enough to avoid starvation. This is because, especially in Spain, it is believed that starving dogs hunt better.

In many cases, the hunters in Eastern and Southern Europe are extremely cruel to their hunting dogs, and the dogs are seen exclusively as tools. The owner completely lack empathy for these dogs. Usually it is old traditions carried over from generations that allows this cruelty to continue.

Hunting dog grim living can be seen all over Europe, including countries in Scandinavia and Western Europe. Many dogs are tied alone or living in cramped enclosures main part of the year.

Hunting is not really necessary for survival in those days. The hunt nowadays is also about beating each other's hunting team over how many animals they managed to kill and to brag about how many hunting trophies and cups they won. ﻿In many ways it can be said that the hunting dogs would serve no real function then to serve a lazy hunter. 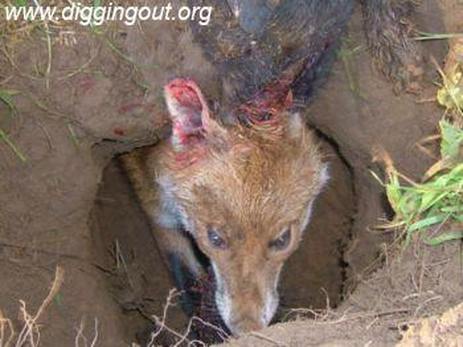 This burrow hunting is extremely grim. Digging with shovels and pickaxes to get the dogs in the aisles, if this does not help, take the hunters pliers and pull out the hunted animal. This fox suffered tremendously and was bitten by the dogs - nothing can justify such a practice that should be banned! 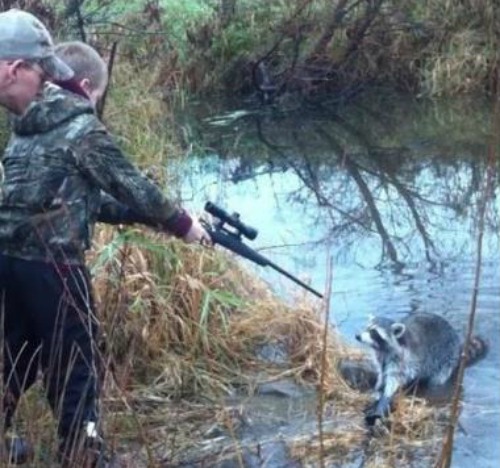 "There is nothing more vile than to kill innocent sentient beings for fun, except training children to do it."