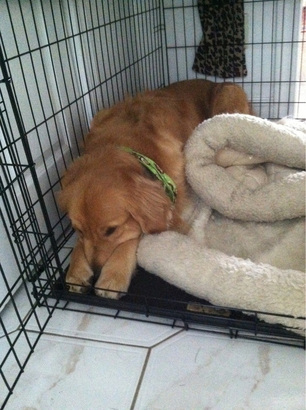 A dog experiencing always a form of abandonment when left alone - this is in the genes when the dog is a distinct pack animal.

To become or be abandoned is also seen by the dog as a kind of punishment. It deprives them a strong genetic instinct - to be together in a flock. The flock consists, in a modern society, by the members of the family where the dog lives. The dog is build strong ties to his flock. A dog may also have other acquaintances that it can create strong ties with.

Dogs can get depressed and get anxiety - in fact, abandonment - being left alone in the backyard or live alone in the kitchen, or alone in a cage - is the most common way to be cruel to a dog - by the owner, who does not have knowledge, but also of lax owners who are concerned about their fine carpets and furniture.

A dog NEVER likes being forced to be alone and abandoned - because a dog is a typical pack animal - NOT a solitary animals. 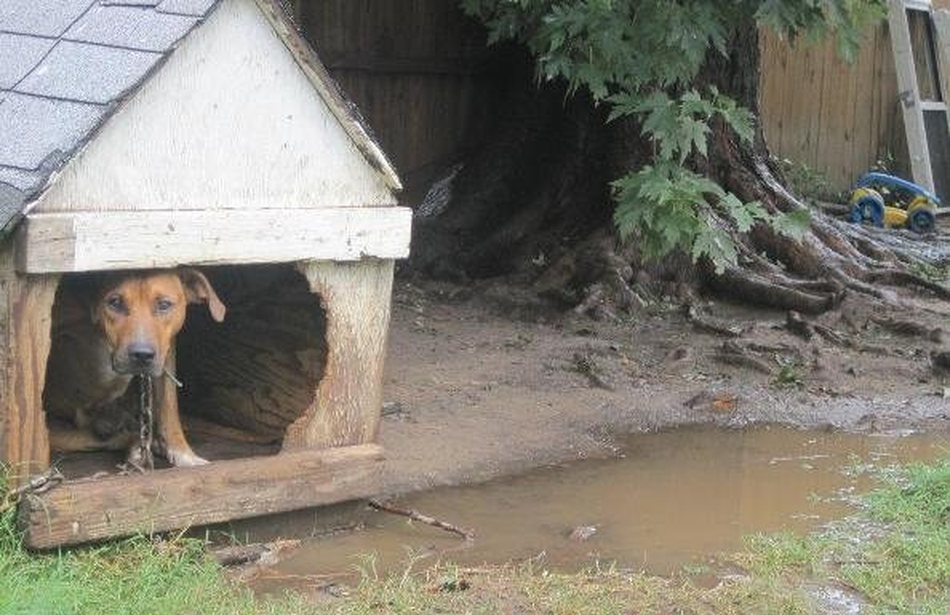 The most common cruelty to dogs - alone, imprisoned and deprived of their lives.

The most common way to get rid of an unwanted dog is to neglect the dog and let it starve to death. Some owners simply shoot the dog in the woods. Other owners choose to hang the dog in a tree and let it slowly strangled to death. There are also owners who take the dog to a deserted area and leave it there to starve to death. In order that the dog will not find back home, cut some owners out the dog's eyes.
Serbia - An old faithful servant has run its course - the thanks he gets for this, is to be picked up brutally by municipal employees and transported to his final rest.
cruel dog owner 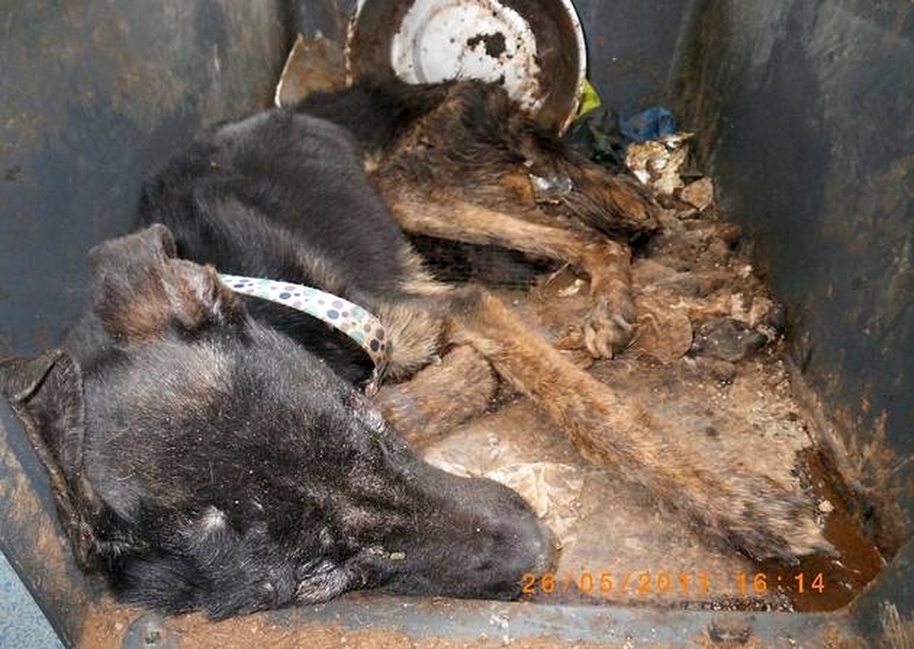 (2012) Romania - A person kicked so that the jaw got broken on this old female dog. She was lucky to be found by an animal friend who saw her with difficulty trying to drink water from a puddle, the water ran from her mouth as she could not close it. Without help, she slowly thirsted and starved to death because she can not use the jaw at all. This cruelty is only part of what these poor, abandoned, left and unwanted dogs suffer - because of incompetent politicians, bad laws, and citizens who do not take responsibility for the neutering of their dogs and cats.

(2010) Romania - A farmer stabs a dog because he thought that the dog threatens his grazing cattle.

(2011) Romania - An image from a video showing how the owners almost completely whip the life out of the horse who can not pull the heavy load but falling down in the snow - in spite of this, the owners continue to whip and beat the horse - Romania and in other (EU) European countries treat animals (horses/donkeys) very badly and they are seen mainly as replaceable working machines, without the need for care or emotional feelings.

(2011) UK - Someone stopped caring about the dog, who almost starved to death.

Italy - He was burned with acid - This barbarous act was committed in Capua, in the province of Caserta. 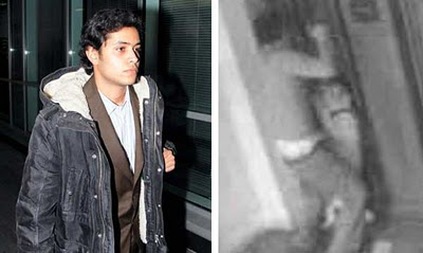 Mohammed Abou-Sabaa, a student at Manchester University, was caught on CCTV delivering more than 20 blows to the five-month old Golden Labrador,

In a final sickening attack, the 21-year-old kicked the dog down a flight of stairs outside his city-centre flat. Animal welfare groups described the assault as despicable.

And although magistrates were visibly shocked as they watched a six minute-long video of the attack, they didn't send Abou-Sabaa to jail. He was instead given a six-week sentence, suspended for two years, and ordered to do 250 hours of unpaid work. He was also banned from keeping animals for four years.

RSPCA inspector Paul Heaton said: “It was a despicable act. I was incensed when I saw the video – it just went on and on. He said he had applied for a job apparently and had not got it and he was having a bad day. I do not know of any training school that says that smacking a dog is a way of training it.

Abou-Sabaa's father, a Tunisian diplomat, travelled from his home country to hear the case. He said afterwards: “I have had words with my son and my family and I want to apologise for what he did.”.  Abou-Sabaa, who is studying mechatronics - a combination of engineering elements - was ordered to pay costs totalling £1,000. - Source
The court made an order signing Poppy over to the care of the RSPCA.
Turkey - Barabaric act of cruelty in turkey......Baby bear beaten severely and tossed in a river to drown.