TRAFFICKERS & SCAMMERS ‘BIG, BIG BUSINESS’
Animal campaigners are trying to put a stop to people making money by illegally selling dogs. The most dogs are captured in Eastern Europe and are then taken to richer countries, where the traders can get lots more cash for selling them.

But the dogs aren't very well looked after being caught, and some are taken from their mum too early. The campaigners want laws brought in to make it much harder to move animals around Europe. Some of the animals even have fake pet passports to make it easier to move them around.

Experts think the trade in illegal animals could be worth as much as £260m (300 million Euros) a year. An Italian politician said it's really important to make more people aware of the illegal trade, saying: "especially in a period like holiday seasons, when people think that these cute little things can be given as a Christmas present". 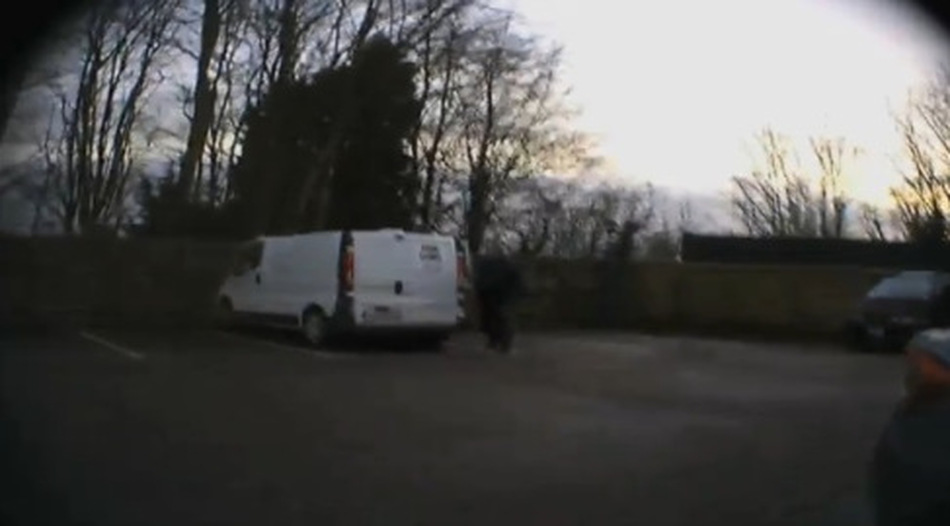 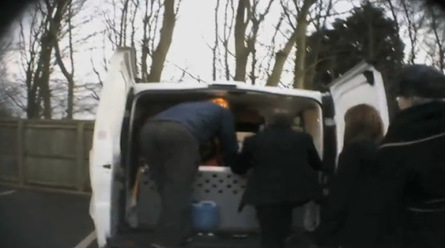 The trafficking of animals and the subsequent scamming that precedes is said to be the 3rd most profitable illegal business outside the sale of drugs and weapons. According to award-winning investigative current affairs program ‘Dispatches’ thousands of puppies are being imported illegally around europe each year.

In Britain alone, every year thousands are imported from Eastern Europe sparking reporter Anthony Barnett to go undercover with just one puppy-selling business and track down the importers. In 2012, the British government relaxed Britain’s quarantine rules to come into line with the rest of Europe. 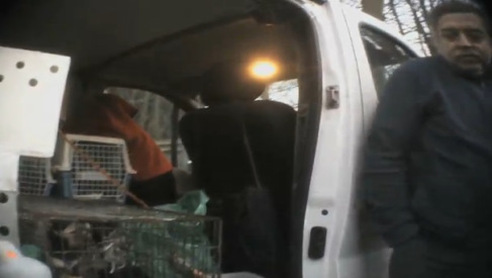 The move sparked a dramatic rise in the number of dogs coming into the UK. Many of these are young puppies coming in from countries such as Greece, Hungary, Lithuania, Poland,  Slovakia and other parts of europe.

Illegal traders are abusing the Pet Passport Scheme to bring dogs into the UK from Eastern Europe to sell at a huge price to unsuspecting British families.

Some of those dogs are young puppies, which animal welfare experts believe are transported thousands of miles across the continent in poor conditions.

More worryingly, many come with suspect paperwork, which means they may not be properly vaccinated against diseases like rabies. 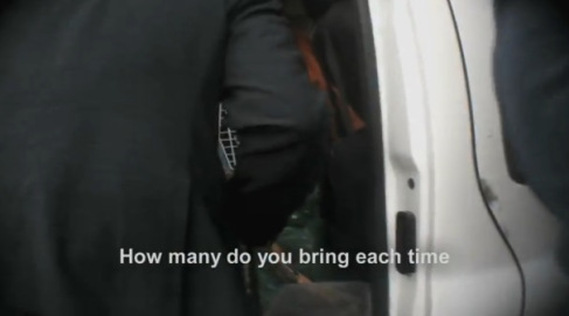 Following the relaxation in quarantine rules, the City of London Corporation, which runs the quarantine centre at Heathrow Airport, recorded a large increase in the number of illegal dogs they detained, compared to the previous year.

The ‘Dispatches’ investigation indicates that this could be just the tip of the iceberg.

Undercover reporter Antony Barnett, arranged a meeting in the car park of British Motorway service station with 2 Slovakians (Father & Daughter) who had brought 45 dogs in a van from Slovakia to the UK to be sold.

The dogs, they claimed, were brought into the UK under ‘Commercial Livestock’ not ‘Pets’ and under current EU / UK (Pet Passport Scheme) regulations, there are no laws to regulate how long the animals can be kept in these transport vans or to whom and how much the animals can be sold to and for.
The selling price of these dogs and to whom and where the animals finally end up, shows that these animals are EXPLOITED to the full and used simply for profit. Any stray animal in europe can be taken from the streets and SOLD in another eu country for profit. This is why the trafficking of animals and the subsequent scamming that precedes is said to be the 3rd most profitable illegal business outside the sale of drugs and weapons, it is worth MILLIONS, if not BILLIONS of euro’s. 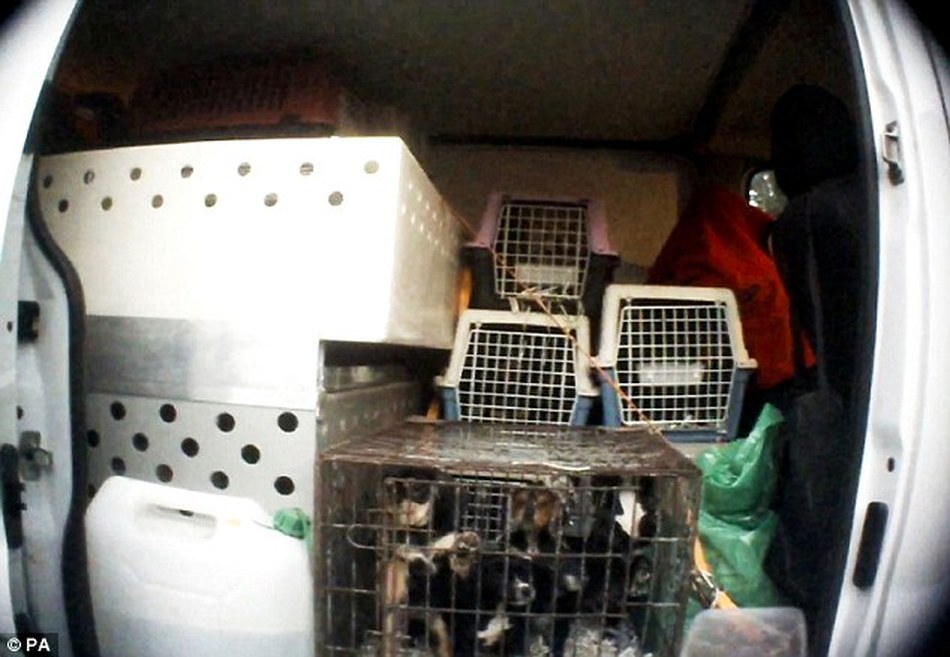 UK - March 2013 - Prospective pet owners have been urged to only buy dogs from legitimate breeders amid claims of a surge in puppy smuggling following changes to quarantine rules.

An undercover investigation found the rule changes have sparked a dramatic increase in the number of dogs being brought into the country, many illegally. Among them are small designer puppies - made popular by celebrities - imported from countries like Lithuania, Hungary and Slovakia, the investigation found.

Before the quarantine laws were relaxed last year, owners needed to vaccinate their pets against rabies and wait six months before taking their animal overseas on a pet passport, meaning only older dogs could come in and out of the UK. But since the changes last January, young puppies aged 15 weeks and above, which have been vaccinated for rabies, can now leave and enter the country on a pet passport. 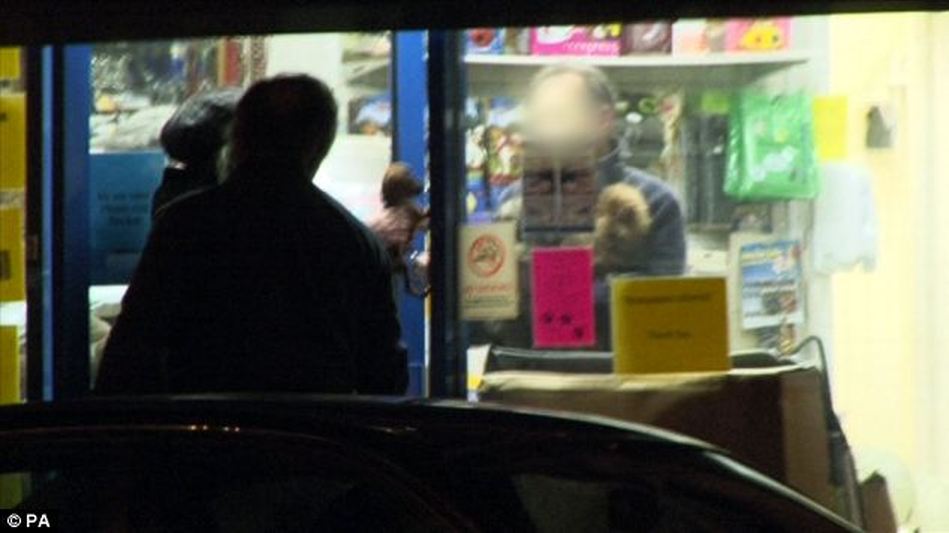 During the documentary, Sharon Edwards, City of London animal health inspector based at the Heathrow Quarantine Centre, said she had detained four times as many illegal dogs since the rule change. - Ms Edwards said: 'We're seeing the tip of an iceberg.'

She added: 'Some of the animals we've picked up, the passport supplied with them don't even match the puppy. Some of them have been obviously changed. I personally just think it's money, you know that you are getting these puppies very cheap in Eastern Europe... they are getting what looks like a bargain.'

Chief Veterinary Officer Nigel Gibbens denied the change in rules had increased the risk of rabies entering into the UK. He said in a statement: 'There are strict rules in place on movements of pets to protect against rabies entering the UK and to protect the animal's welfare.

'Those that look to evade these rules are breaking the law and we are determined to crack down on this illegal trade. 'It's crucial that we are told about suspected criminal activity so we can clamp down on it.

'The ferries, trains and airlines have a legal obligation to check that all pets travelling to Britain comply with the rules and are working with them to make sure these checks are carried out properly.

'Pet owners have the power to tackle this criminal trade by only buying from legitimate breeders. By seeing the puppy with its mother before you buy it, buyers can be assured about its health and welfare.' - Source

Puppies found in Dublin 'were being trafficked to UK' 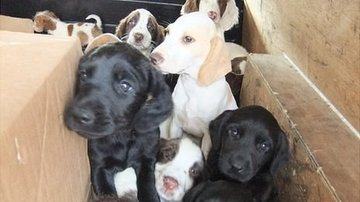 Thirty-six puppies found in Dublin by police on Tuesday were being sent to the UK from puppy farms in the Republic of Ireland, it is believed.

The puppies, including cocker and springer spaniels, Labradors and Jack Russell terriers, were recovered in two cars on Malahide Road.

Animal welfare officers said they suspected the animals, which were found in boxes, were being trafficked for sale in the UK. Two men were arrested at the scene.

Officers from the Dublin Society for Prevention of Cruelty to Animals (DSPCA) took the puppies into quarantine and secure accommodation following their discovery. Some of the puppies are suffering from a number of treatable conditions including mange, ear mites, fleas, eye infections and parasitic infections. 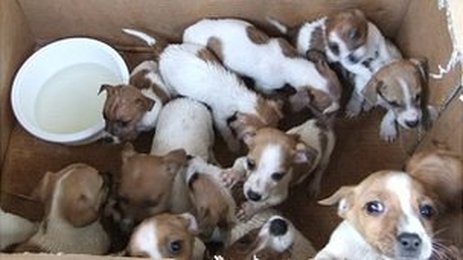 "They are doing very well today compared to the condition they were found in," said DSPCA spokesperson Gillian Bird. "We don't believe they were puppies for the Christmas market as it's too early. This is an example of animal trafficking which can happen at any time of the year.

"Several of the puppies are receiving special care as they were too young to be removed from their mothers."

Many of the pups had had their tails docked and their dew claws removed and are receiving treatment for minor infections.

The DSPCA has confirmed that none of the puppies are available for new homes until DSPCA inspectors have concluded their investigations. "When the dogs are ready to go to new homes, we will put it up on our website and our Facebook page" said Ms Bird. Source 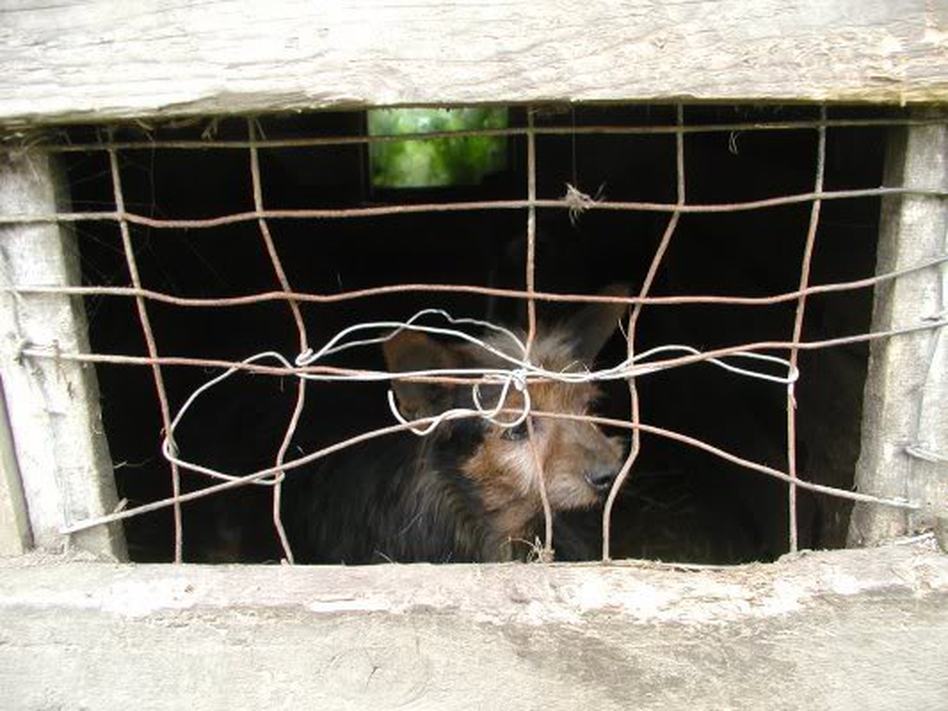 IFAW - The Puppy Files - An investigation into the illegal trade of puppies from Eastern Europe to the Netherlands and beyond.
PDF

Italy - Drug traffickers caught stuffing live dogs with drugs in smuggling scheme
March 2013 - Around 75 people were detained in Italy for the scam, which caused the death of 50 hounds, including Great Danes, Labradors and Mastiffs.

One of the dogs seized by Italian authorites that was being used as a drug mule. International drug traffickers have been busted using dogs as mules.

The heartless gangsters were force-feeding the innocent animals bags of cocaine — and then slicing open their stomachs to pull them out once they had arrived at their destination.

These plastic-wrapped packets of drugs, each weighing 2.8 pounds, were force-fed to the dogs by traffickers. Around 75 people were detained across northern Italy and Rome for the scam, which saw 50 pups — including Great Danes, Labradors and Mastiffs — die. 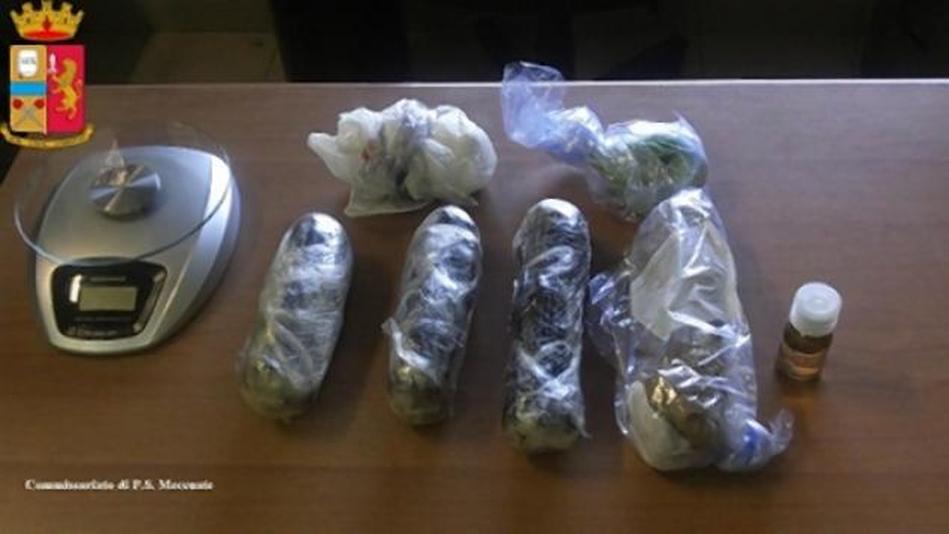 Some of the confiscated drug packets, shown off by Italian authorities. The dogs were stuffed with the plastic packets that each contained 2.8 pounds of the drug. It's not the first time dogs have been used to get around customs officials - Source 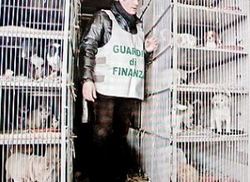 They were crammed inside a truck stopped on the highway A4 in the town of Palmanova, in the province of Udine: 270 puppies of different breeds, requested from the black market - Chihuahua, Pinceer, Yorkshire Terriers, Great Danes, Saint Bernard, Spitz, Cavalier King, Labrador - all from Eastern Europe, particularly Hungary.

Crammed into cages so small that in some cases (danes and boxers) the poor animals continue to keep the neck bent even after being removed from the cages. False documentation also in coarse manner.
Illegal trade of pet animals, animal abuse and neglect allegations reported can face a fine between 3,000 and 15,000 euros, as well as imprisonment from three months to one year - Source

The ventilation holes are covered to not reveal barking and noise from the truck - the most important thing is to transport the dogs unnoticed through Europe's borders - not that the dogs can breathe properly.

Puppy Farms is still legal in England, Wales and Scotland - to contact the responsible politicians in Wales: National Assembly for Wales and the Welsh Assembly Government.