The Idea of Progress

In historiography, the Idea of Progress is the theory that advances in technology, science, and social organization inevitably produce an improvement in the human condition. That is, people can become happier in terms of quality of life (social progress) through economic development (modernization), and the application of science and technology (scientific progress). The assumption is that the process will happen once people apply their reason and skills, for it is not divinely foreordained. The role of the expert is to identify hindrances that slow or neutralize progress. 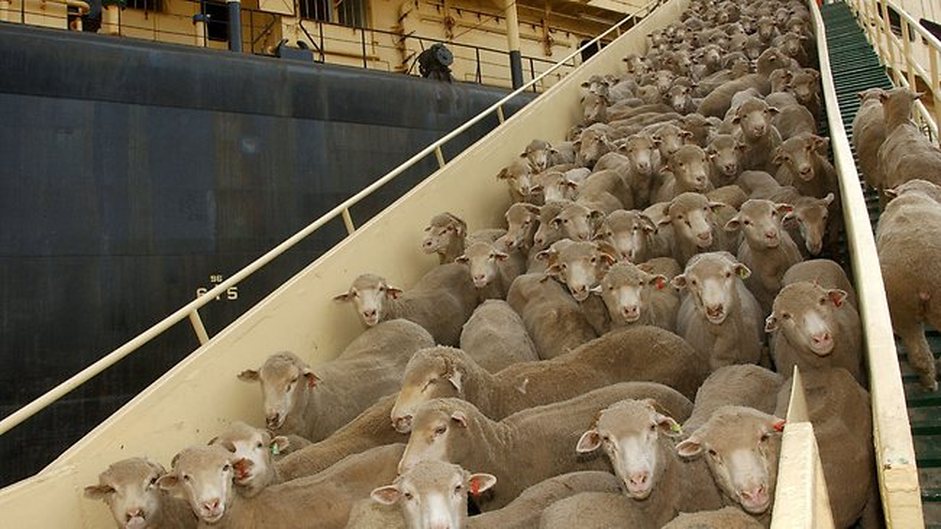 The Idea of Progress emerged primarily in the Enlightenment in the 18th century. Significant movements in this period were Diderot's Encyclopedia, which carried on the campaign against authority and superstition, and the French Revolution.

Some scholars consider the idea of progress that was affirmed with the Enlightenment, as a secularization of ideas from early Christianity, and a rework of ideas from ancient Greece.

The theory of evolution in the nineteenth century made progress a necessary law of nature and gave the doctrine its first conscious scientific form.

The idea was challenged by many in the 20th century who argued that that destruction, as in the two world wars, could grow out of technical progress and belie the basic premise of the Idea of Progress. It remains a matter of debate among intellectuals.

In economics, rationalization is an attempt to change a pre-existing ad hoc workflow into one that is based on a set of published rules. There is a tendency in modern times to quantify experience, knowledge, and work.

Means-end (goal-oriented) rationality is used to precisely calculate that which is necessary to attain a goal. Its effectiveness varies with the enthusiasm of the workers for the changes being made, the skill with which management applies the rules, and the degree to which the rules fit the job.

Rationalization aims at an efficiency increase by better use of existing possibilities: A same effect can with fewer means, or with same means to be obtained.

In the industry thereby frequently the replacement of manpower is designated by machines (rationalization investment). It is the reasonable, appropriate organization of operational conditions under changing conditions to increase with the goal, productivity and economy. 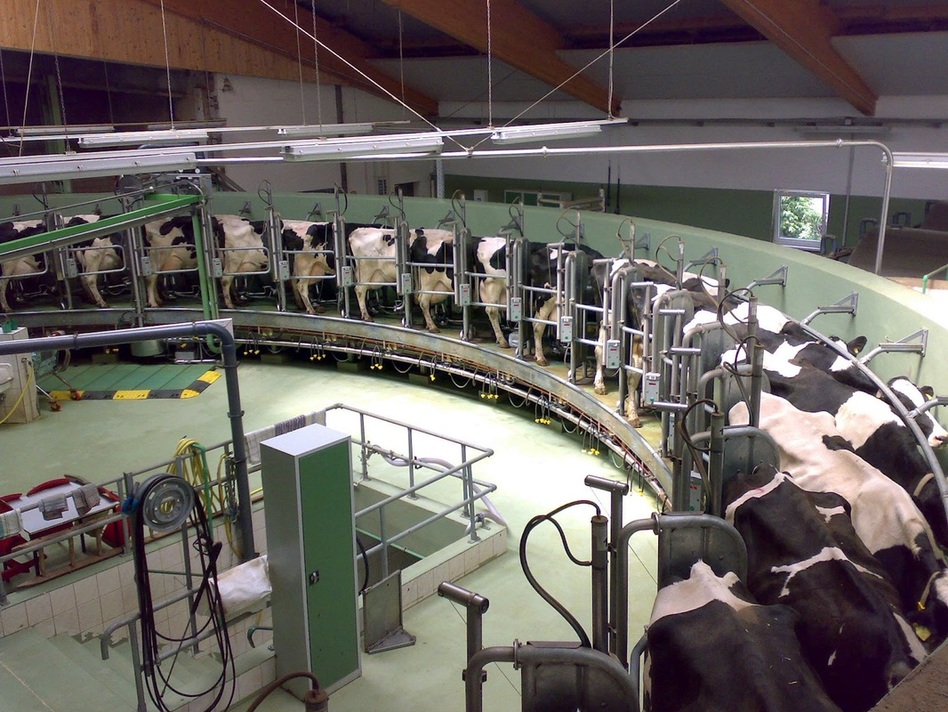 Modern food consumption typifies the process of rationalization. Where food preparation in traditional societies is more laborious and technically inefficient, modern society has striven towards speed and precision in its delivery. Fast-food restaurants, designed to maximise profit, have striven toward total efficiency since their conception, and continue to do so.

A strict level of efficiency has been accomplished in several ways, including stricter control of its worker's actions, the replacement of more complicated systems with simpler, less time-consuming ones, simple numbered systems of value meals, the addition of drive-through windows, and even the use of uncomfortable furniture to discourage loitering. 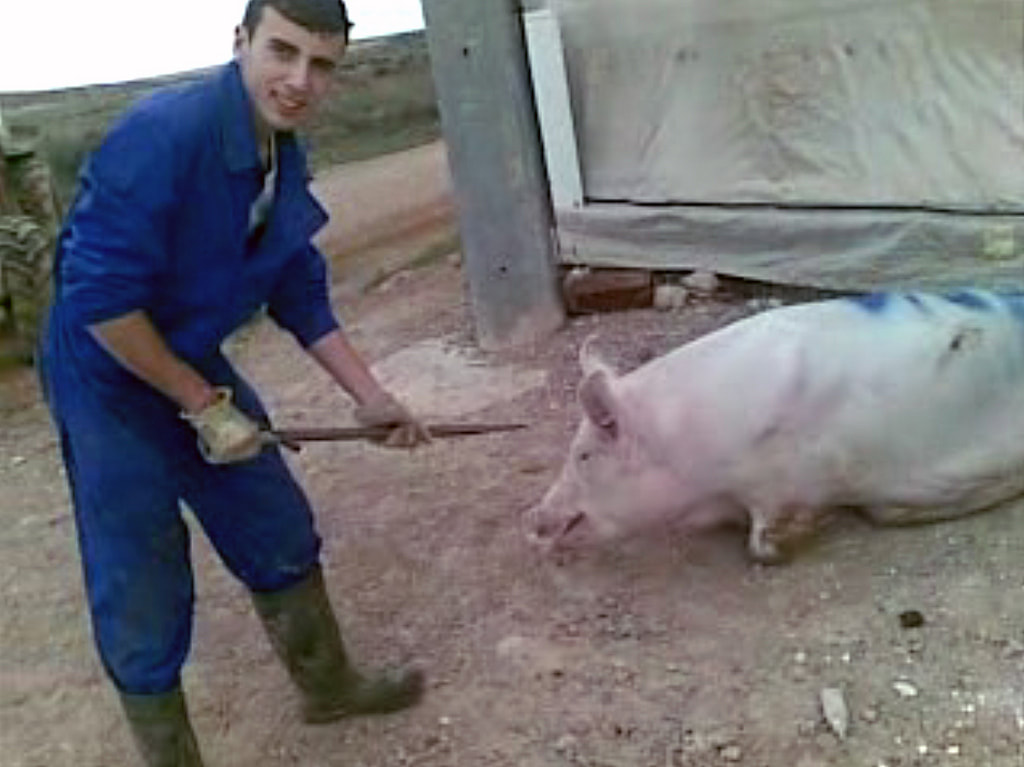 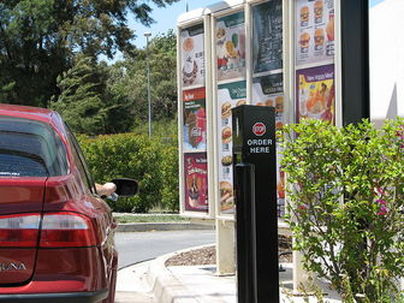 The case of Wal-Mart is one strong example demonstrating this transition. While Wal-Marts have attracted considerable criticism for effectively displacing more traditional stores, these subjective social-value concerns have held minimal effectiveness in limiting expansion of the enterprise, particularly in more rationalized nations, due to the preferences of the public for lower prices over the advantages sociologists claim for more traditional stores.

The sociologist George Ritzer has used the term McDonaldization to refer, not just to the actions of the fast food restaurant, but to the general process of rationalization.

We live in a capitalist world 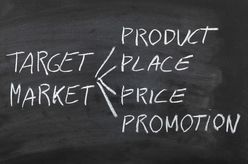 Capitalism is an economic system based on the private ownership of the means of production, with the goal of making a profit. Central elements of capitalism include capital accumulation, competitive markets, and a price system.

There are, however, multiple variants of capitalism, including laissez-faire, welfare capitalism, and state capitalism. Capitalism is considered to have been applied in a variety of historical cases, varying in time, geography, politics, and culture.

There is general agreement that capitalism became dominant in the Western world following the demise of feudalism. Economists, political economists, and historians have taken different perspectives in their analysis of capitalism. 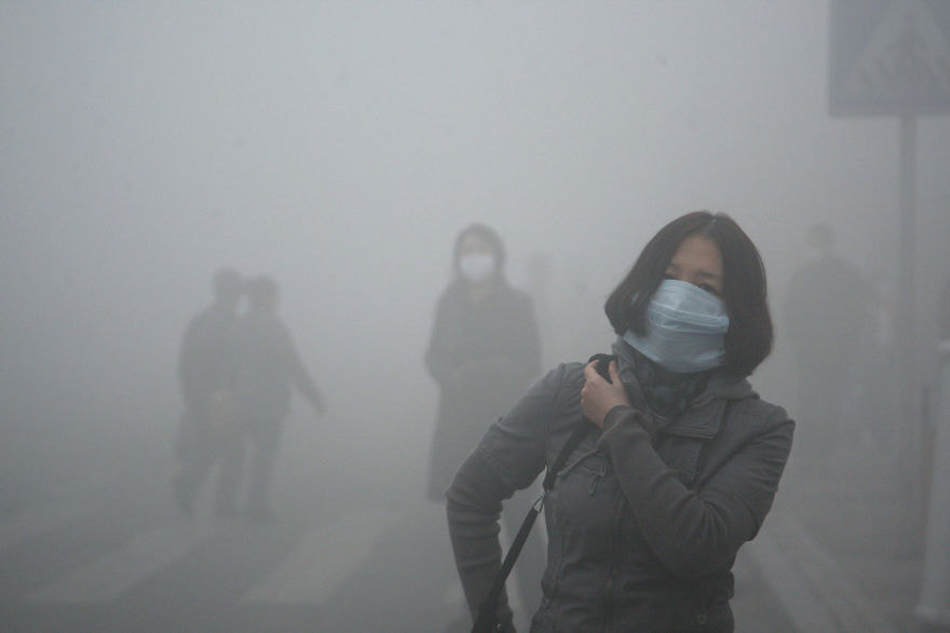 Laissez-faire economists emphasize the degree to which government does not have control over markets and the importance of property rights. Others emphasize the need for government regulation, to prevent monopolies and to soften the effects of the boom and bust cycle.

Most political economists emphasize private property as well, in addition to power relations, wage labor, class, and the uniqueness of capitalism as a historical formation. The extent to which different markets are free, as well as the rules defining private property, is a matter of politics and policy. Many states have what are termed mixed economies, referring to the varying degree of planned and market-driven elements in an economic system. 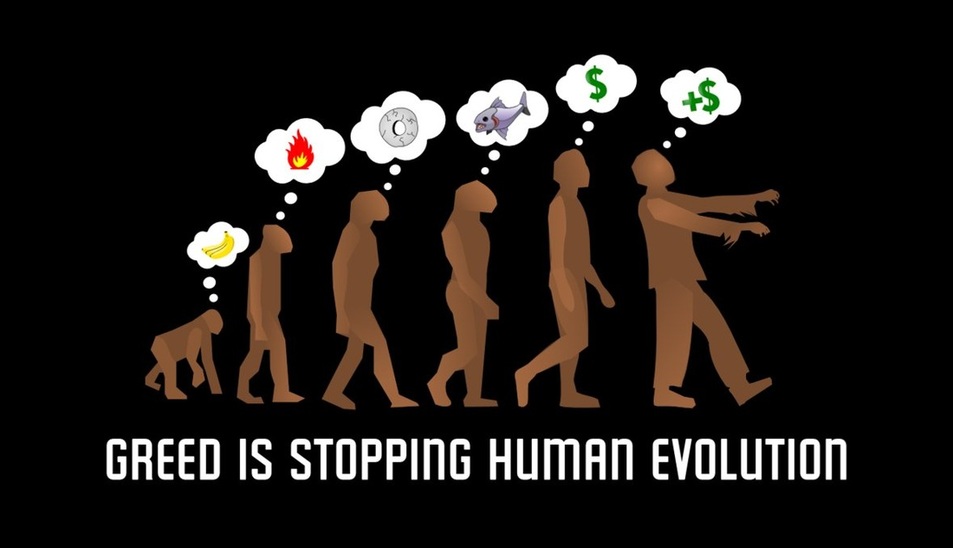 As capitalism itself is a rationalized economic policy, so is the process of commercialization it utilizes in order to increase sales. Most holidays, for instance, were created out of a religious context or in celebration of some past event.

However, in rationalized societies these traditional values are increasingly diminished and the aim shifts from the qualitative aim of a meaningful celebration to the more quantitative aim of increasing sales.

In many countries for example, most major holidays now are represented by rationalized, secularized figures which serve as a corporate totem.

In more traditional environments, gifts are more often hand-crafted works which hold some symbolic meaning. This qualitative value of gifts diminishes in rationalized societies, where individuals often offer hints or speak directly about what present they are interested in receiving. In these societies, the value of a gift is more likely to be weighed by objective measures (i.e. monetary value) than subjective (i.e. symbolism).
Julien Freund defines rationalization as "the organization of life through a division and coordination of activities on the basis of exact study of men's relations with each other, with their tools and their environment, for the purpose of achieving greater efficiency and productivity."

The rationalization process is the practical application of knowledge to achieve a desired end. Its purpose is to bring about efficiency, coordination, and control of the natural and social environment. It is a product of "scientific specialization and technical differentiation" that seems to be a characteristic of Western culture.

Rationalization is the guiding principle behind bureaucracy and the increasing division of labor, and has led to an increase in both the production and distribution of goods and services. It is also associated with secularization without its more positive component of humanism, with depersonalization and with oppressive routine.

Increasingly, human behavior is to be guided by observation, experiment, and reason (zweckrational). Change in human character is expected to be part of the process; rationalization and bureaucratization promote efficiency, and materialism, both of which are subsumed under Weber's concept of zweckrational. Source - Wikipedia 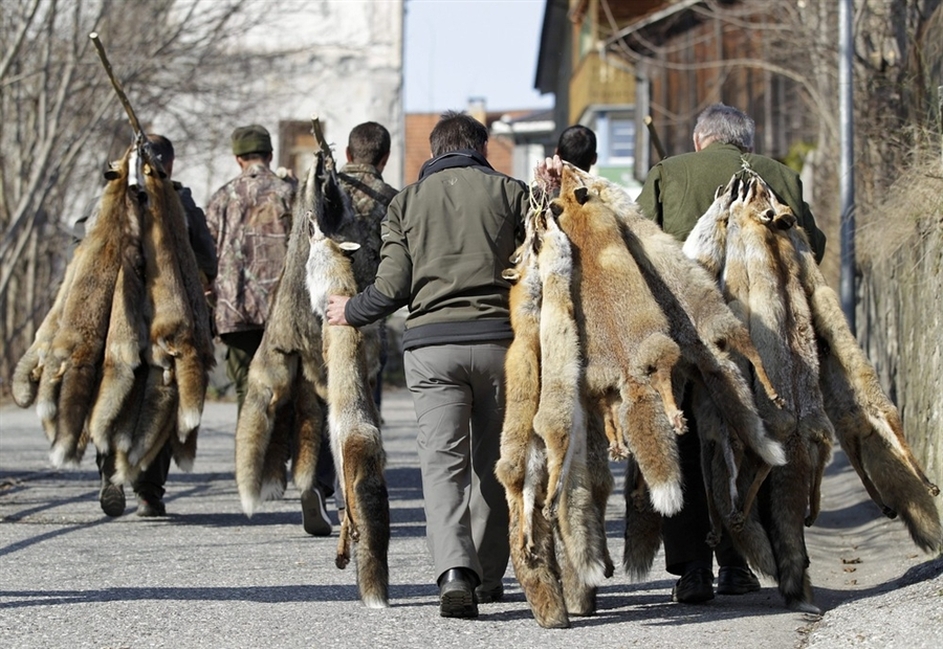 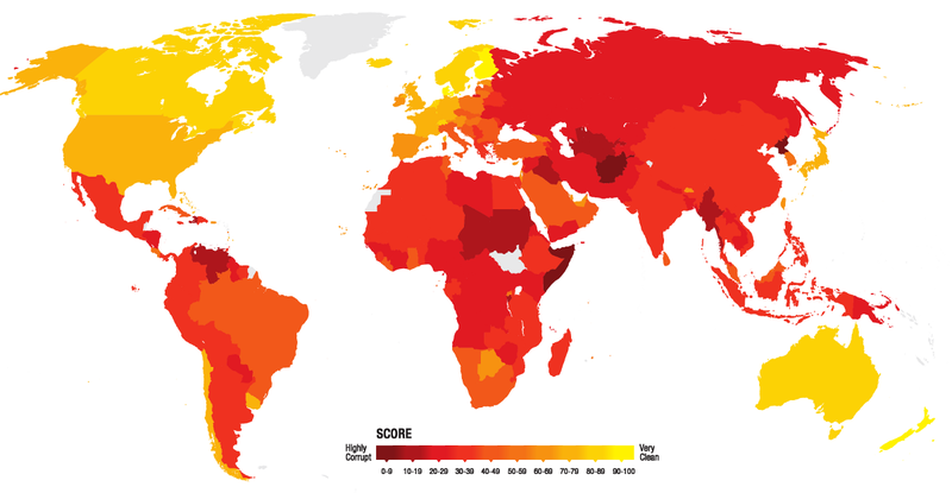 Government or Public Sector corruption is one of the more dangerous forms of corruption as corruption of the governing body can lead to widespread effects. Recent research by the World Bank suggests that who makes policy decisions (elected officials or bureaucrats) can be critical in determining the level of corruption because of the incentives different policy-makers face. 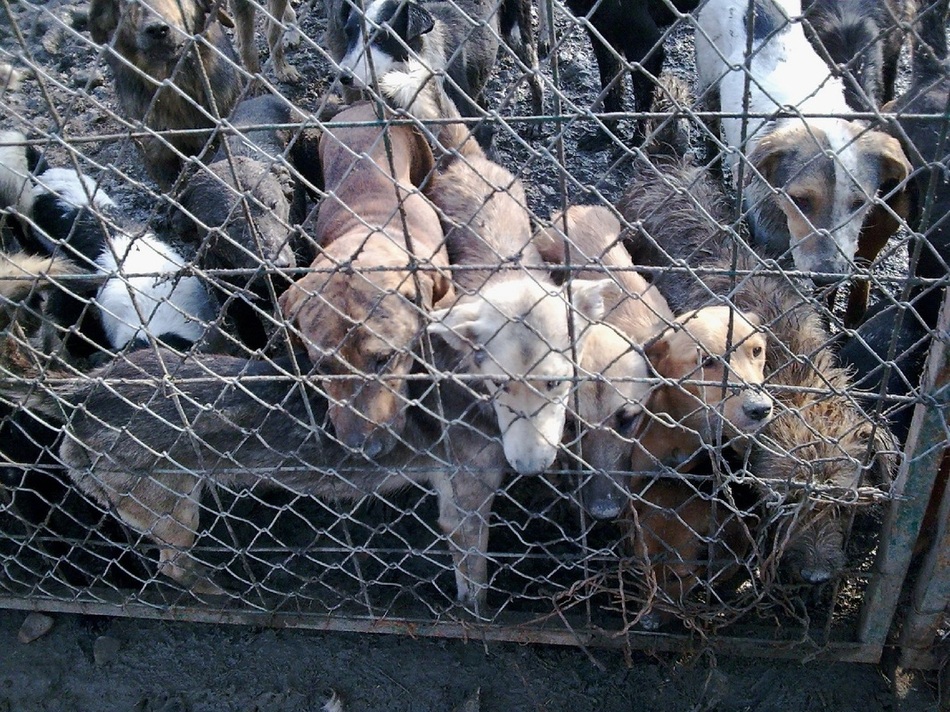 Systemic corruption (or endemic corruption) is corruption which is primarily due to the weaknesses of an organization or process. It can be contrasted with individual officials or agents who act corruptly within the system.

Factors which encourage systemic corruption include conflicting incentives, discretionary powers; monopolistic powers; lack of transparency; low pay; and a culture of impunity. Specific acts of corruption include "bribery, extortion, and embezzlement" in a system where "corruption becomes the rule rather than the exception." Scholars distinguish between centralized and decentralized systemic corruption, depending on which level of state or government corruption takes place; in countries such as the Post-Soviet states both types occur.

Animal ethics - past and present perspectives

But the obscenity involving what one human group or class does to another to advance its own interests in the name of “progress” is exponentially greater if we consider the worst case of this injustice, which involves what humans do to other animals.

The entire human species gains at the expense of millions of nonhuman animal species and countless billion of animal individuals that are enslaved, exploited and slaughtered to grow human populations, wealth, comfort, while operating under the illusions that their technoworld exists autonomously from the natural world and that this holocaust does not have the most severe consequences for nature, biodiversity and society in direct ways.
In the greatest zero-sum game of all, human advances exist in inverse relation to the massive losses of freedom and life suffered by other animals. Thus, the more humans gain, the more animals lose; the greater the human comfort, the more suffering and death for animals, and rises in human population numbers bring extinction to other animals and reduce biodiversity.

While helping humanity in highly uneven ways (as determined by class, political power, and systems of hierarchy, discrimination, control, and violence), modern technoscience intensified the misery and slaughter of animals, and exacerbated the destruction of the earth. 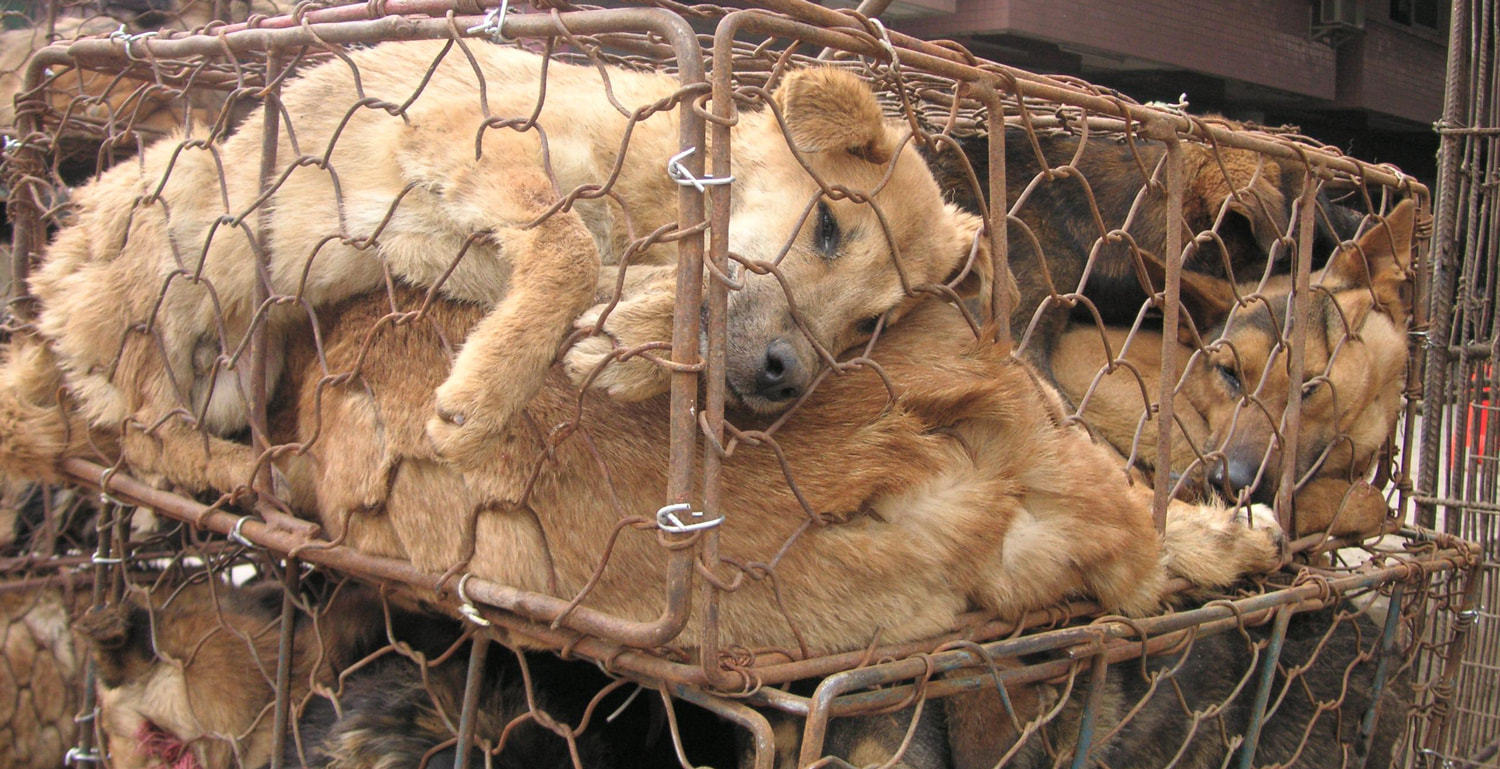 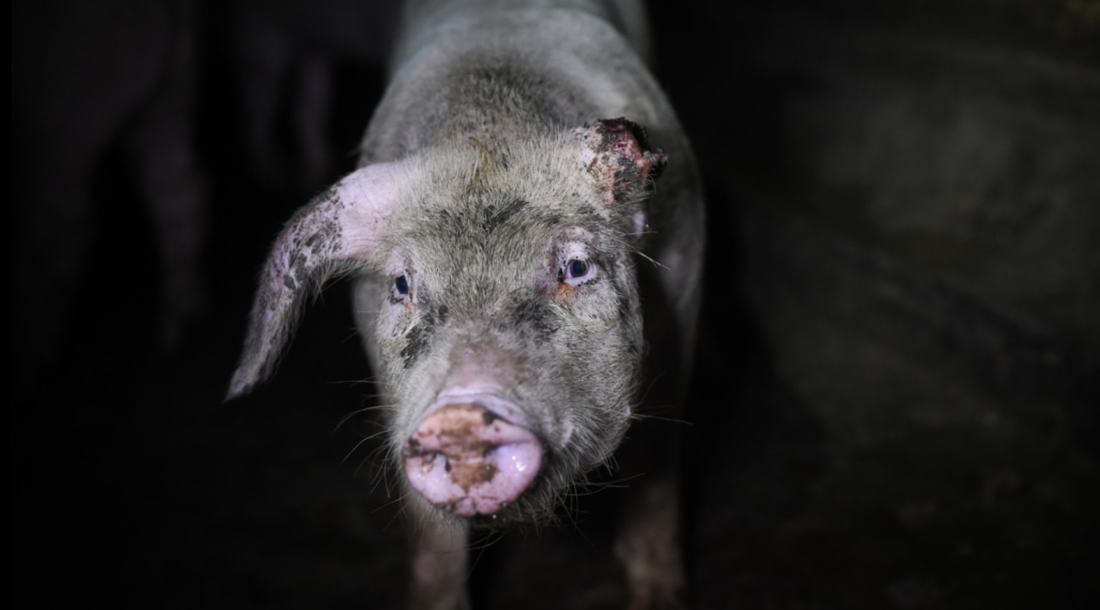 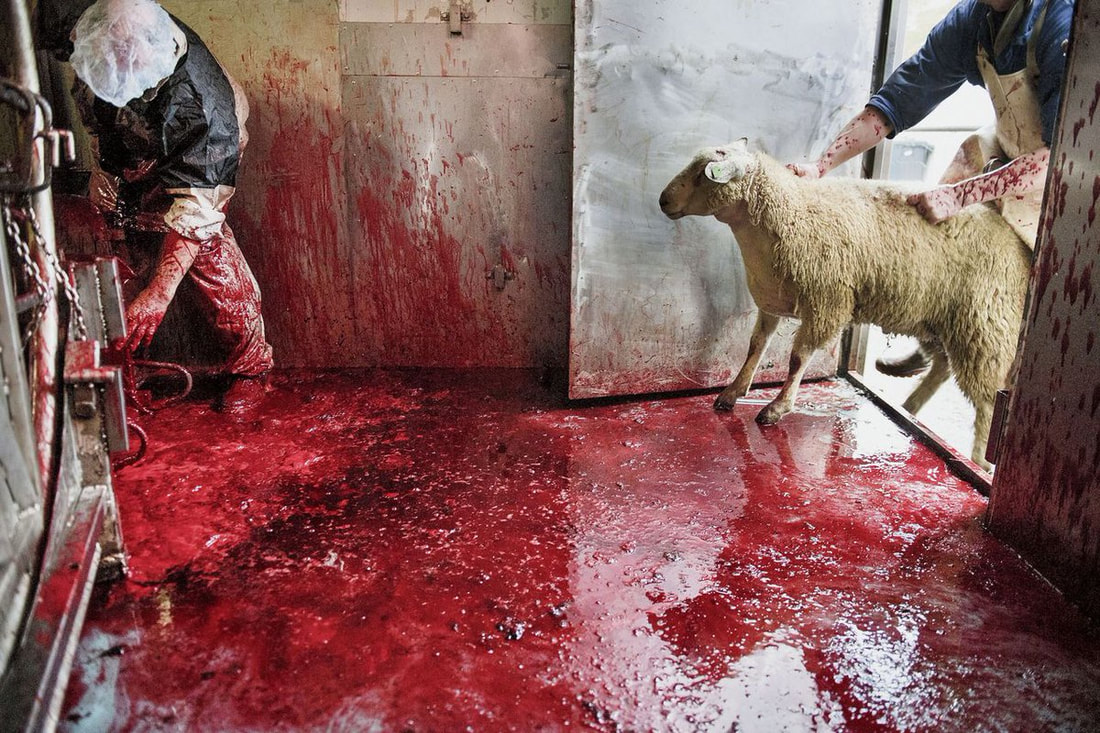 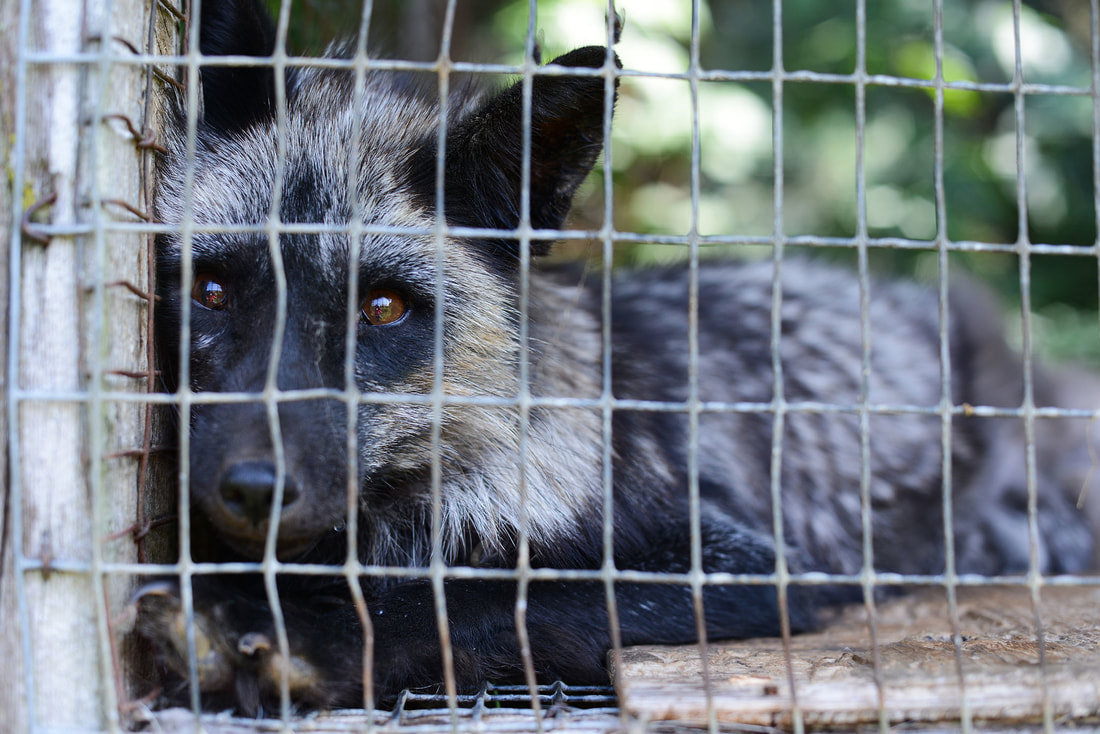 This is evident in the growing horrors of vivisection, factory farming, slaughterhouses, fur farming, and sundry systems of exploitation, as humans brought about the sixth great extinction crisis in the history of the planet, polluted and poisoned all aspects of their physical surroundings, and provoked catastrophic climate change.

From the animal and ecological standpoints, therefore, “progress” is regress, humanism is barbarism, the “light” of Reason brings darkness and madness, and science sanctifies sadism.

And since injury and damage to nonhuman animals and ecosystems inevitably undermines human existence itself, the “gains” resulting from modern innovations are short-term and partial at best.

The bill for the true social and ecological costs of industrial capitalism is now due, and will be shouldered most by underdeveloped nations who contributed least to conditions of crisis, while future human and animal generations will incur the heaviest costs and greatest suffering, as already climate change is taking a huge toll on humans and other animal species.
Read more: ANIMAL ETHICS - Past and Present Perspectives

~ The greatness of a nation and its moral progress, can be judged by the way its animals are treated ~ Mahatma Gandhi