The massive stockpile of melamine-tainted milk powder seized from Chinese warehouses is the latest in a long line of food scandals. Here are 10 others: 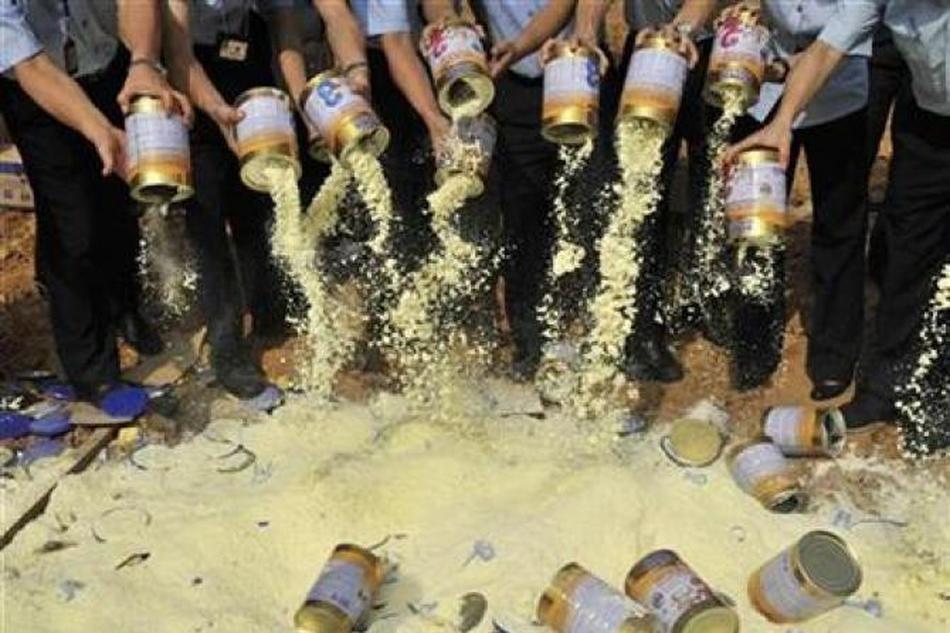 Melamine Milk scandal
In 2008 six babes were killed and 300,000 were left sickened after consuming infant formula contaminated with the industrial chemical melamine. The scandal, which was hushed up for several months to avoid embarrassment during the Olympic Games, caused outrage in China and smashed public confidence in the government and its ability to regulate the food industry. 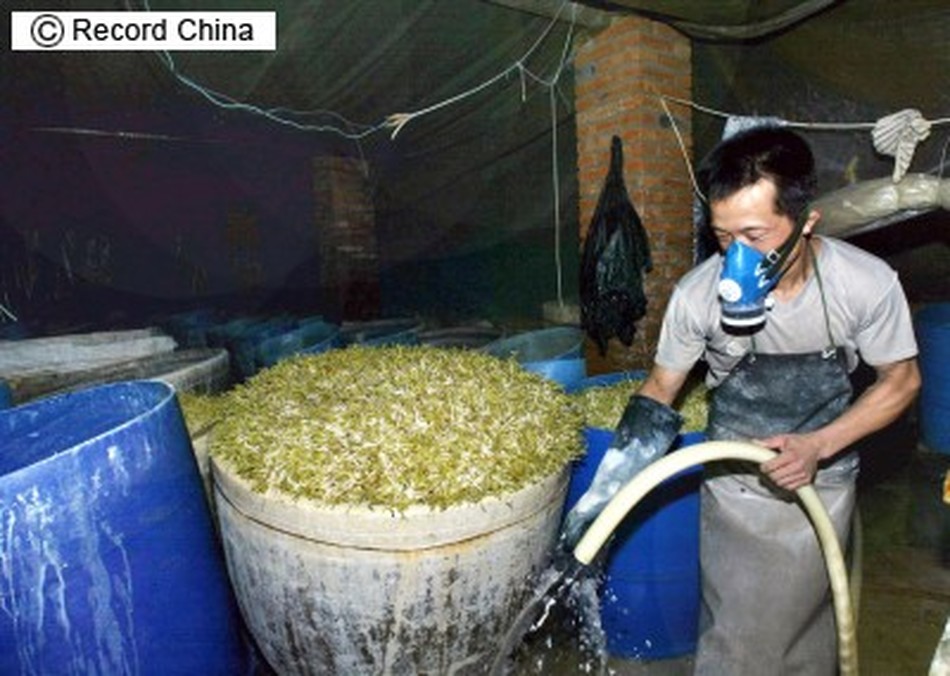 Toxic Bean-sprouts
Police in the northeastern city of Shenyang seized 40 tons of beans-prouts in April 2011. The tainted vegetables had been treated with sodium nitrite and urea, as well as antibiotics and a plant hormone called 6-benzyladenine. The chemicals were used to make them grow faster and look ‘shinier’ in the market stalls. 12 people were arrested. 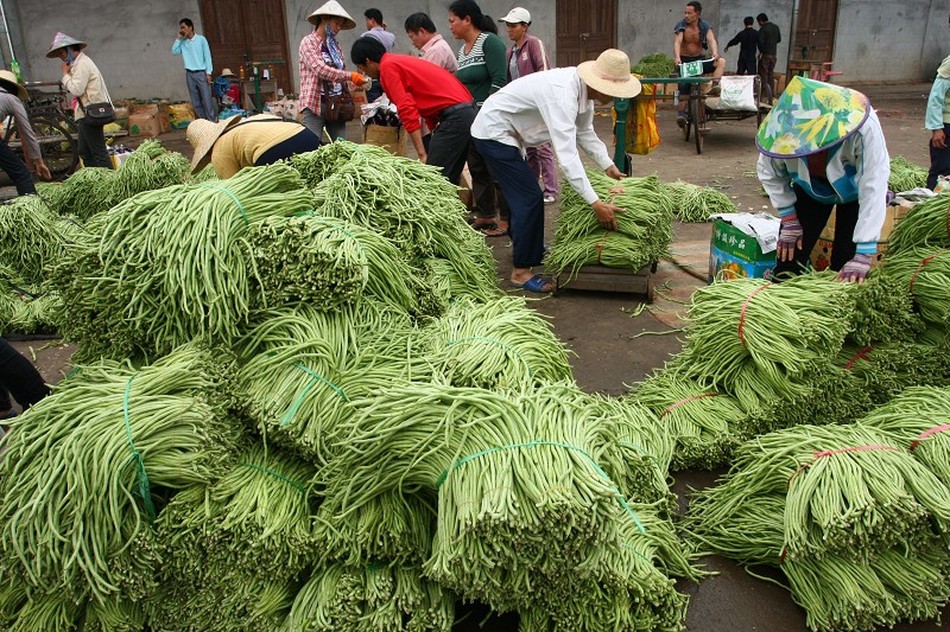 Pesticide-drenched ‘yard-long’ beans
More than 3.5 tons of “yard-long” green beans contaminated with banned pesticide isocarbophos, were destroyed after being discovered on sale in the central city of Wuhan in March 2010. The beans had come from the southern city of Sanya, and allegations of another attempted cover-up followed after the Sanya agricultural law enforcement bureau said it was “inconsiderate” of Wuhan authorities to publicise the case. 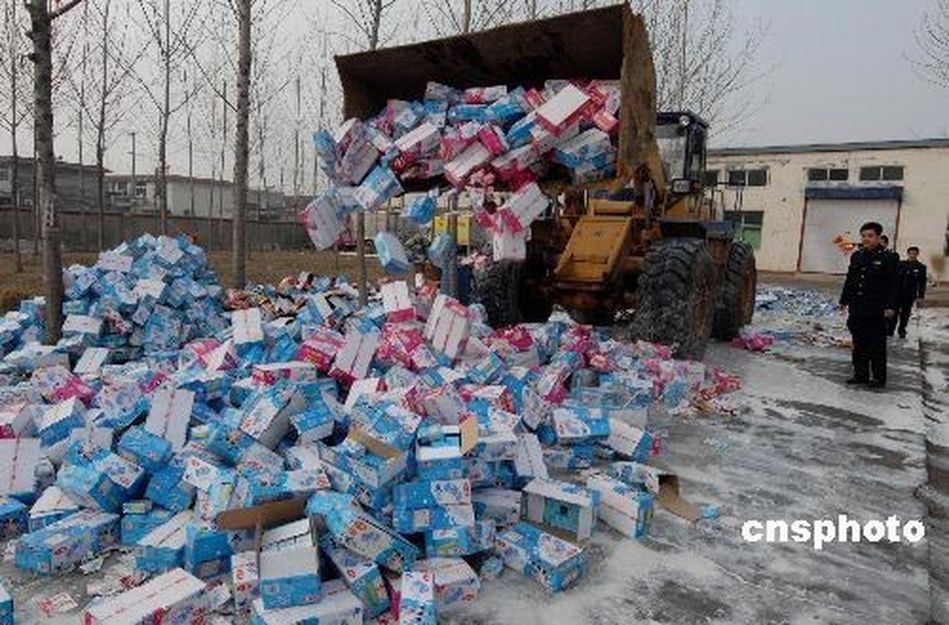 Leather milk
In February 2011 reports emerged of another milk contamination scandal, this time using leather-hydrolyzed protein which, like melamine, appears to boost the protein-content of milk, thereby enhancing its value. The problem had been detected as early as March 2009 reported the official China Daily newspaper reported Friday. China announced this month it was closing almost half of its dairies in a bid to clean up the industry. 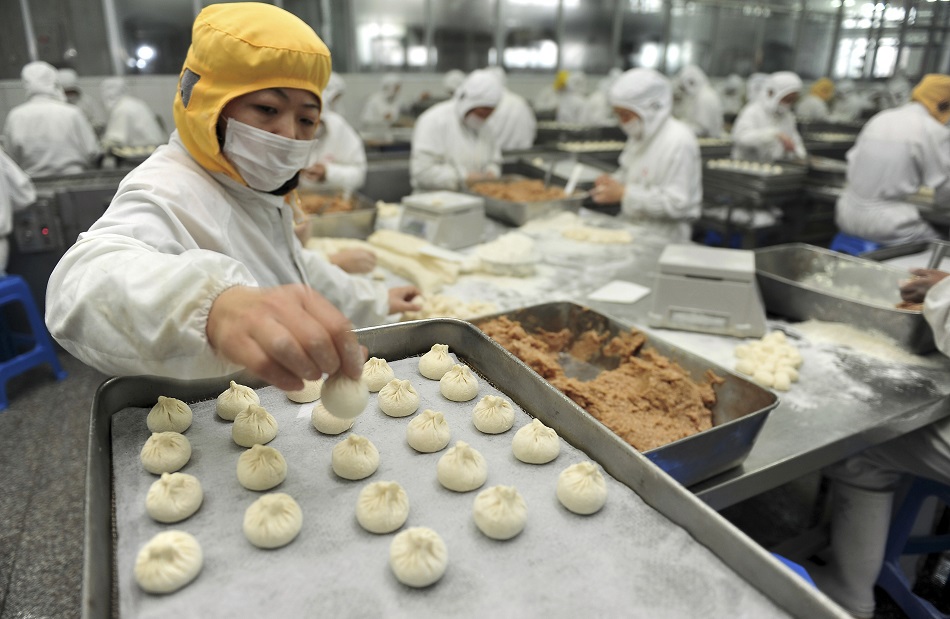 ‘Aluminium’ dumplings
After reports that much of China’s rice crop was contaminated with heavy metals, health authorities in Shenzhen, southern China tested 696 samples of food made with flour, including dumplings and steamed buns. Nearly one third (28pc) were found to have levels of aluminium above national standards, the Shenzhen Standard reported. The contamination was blamed on excessive use of baking powder containing the metal. 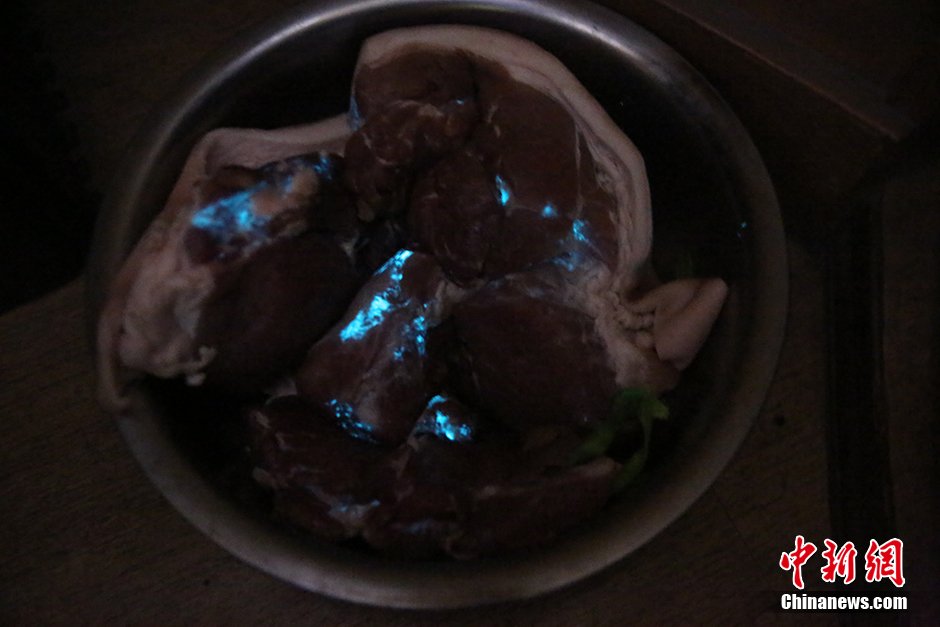 Glow-in-the-dark pork
Reports and photographs surfaced last month showing pork that glowed an eerie, iridescent blue when the kitchen lights were turned off. Online users dubbed it “Avatar” meat and remained sceptical despite reassurances from the Shanghai Health Supervision Department which said the pork that has been contaminated by a phosphorescent bacteria and was still safe eat if well-cooked. 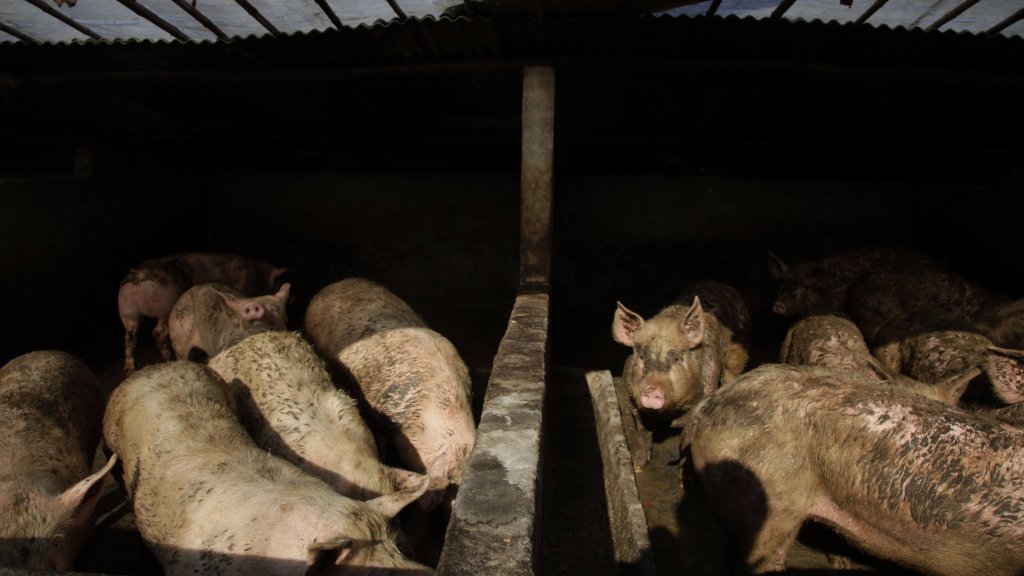 `Lean meat powder’ pork
China has fought a long-running battle with the use of the steroid clenbuterol in pork production. Known as ‘lean meat powder’, it can cause dizziness, heart palpitations, diarrhoea and profuse sweating. The most recent case occurred last March in a stock market-listed pork producer, but China has acknowledged 18 outbreaks of food-related clenbuterol poisoning between 1998 and 2007, according to a report on the Shanghai Food Safety website. 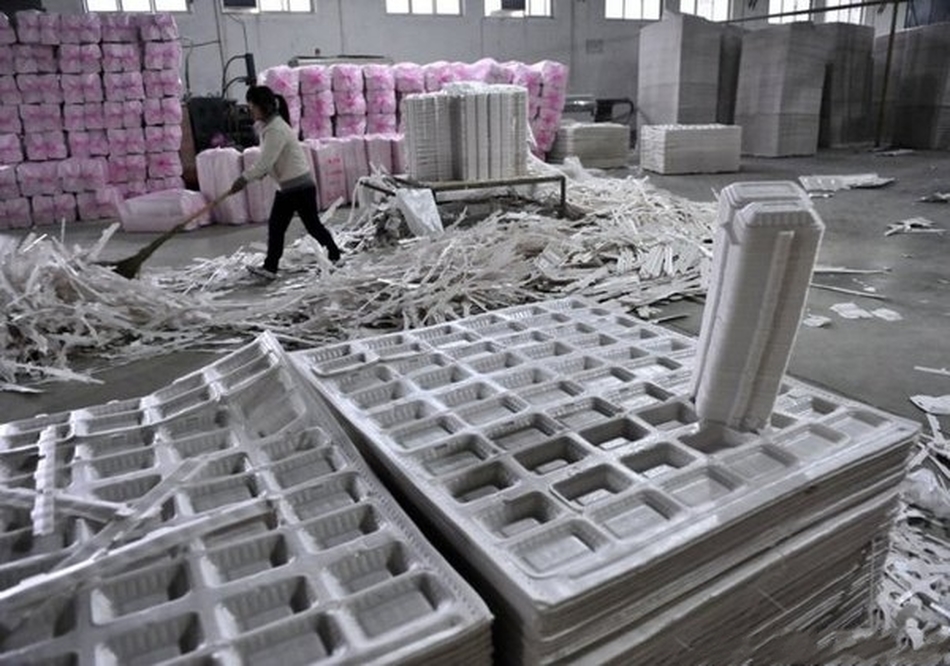 Toxic take-away boxes
In April 2010 more than 7m toxic disposable food containers were seized in eastern province of Jiangxi. Although banned in 1999, the foam-boxes are still in widespread use in China, releasing toxic elements when warmed by food. The chemicals have the potential to damage livers, kidneys and reproductive organs. Plastic foam dinnerware, allowed to be used again after a 14-year ban was lifted recently, is being made from industrial waste and toxic chemicals in a city in south China's Guangdong Province, according to an undercover newspaper investigation. 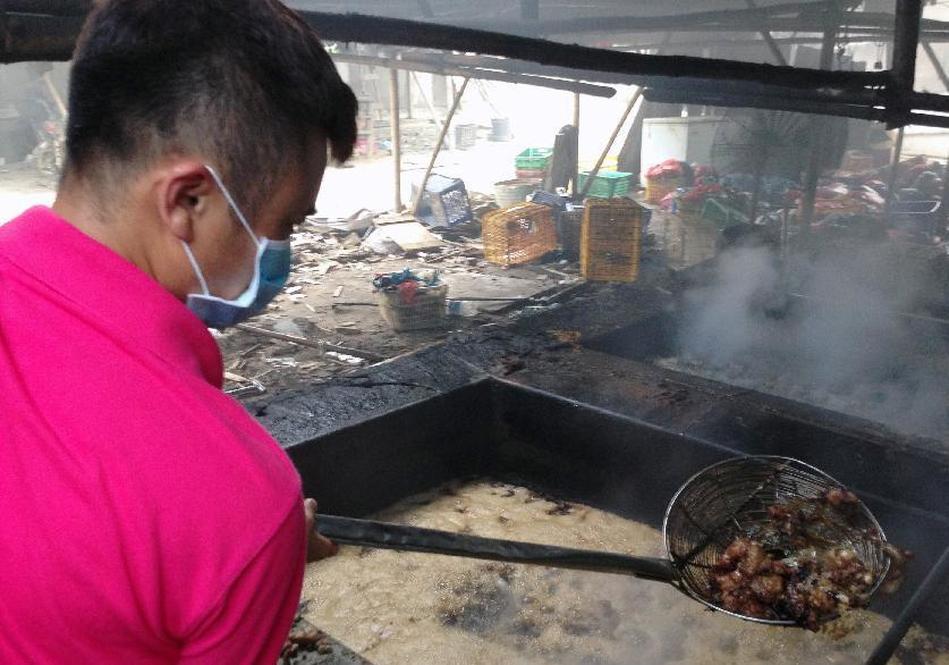 ‘Sewer’ oil
An undercover investigation by a professor from Wuhan Polytechnic University in March 2010 estimated that one in 10 of all meals in China were cooked using recycled oil, often scavenged from the drains beneath restaurants. The State Food and Drug Administration issued a nationwide emergency ordering an investigation into the scandal of the so-called ‘sewer’ oil, which further dented public confidence in the food industry.
The Making Of 'Gutter Oil' or 'Sewer oil' still in market. 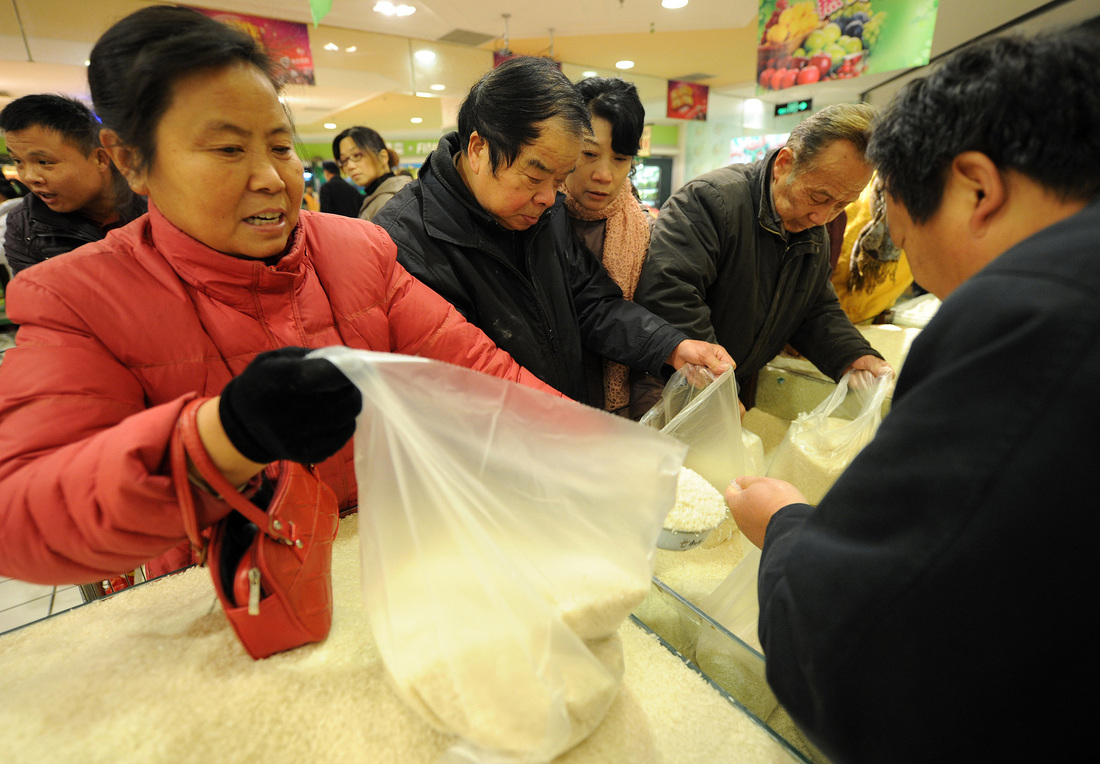 ‘Cadmium’ rice
Research published in February claimed that up to 10 per cent of rice sold in China was contaminated with heavy metals, including cadmium. Data collected by Nanjing Agricultural University found that the problem was most acute in Southern provinces, where in some areas 60 per cent of samples were contaminated, some with up to five times the legal limit.
Source: The Telegraph
Greenpeace East Asia report - Heavy metal pollution of China's rice crops - pdf

Soil in China’s leading rice-producing region shows high levels of heavy metal contamination, in a study that suggests that the proximity of mining and industry to agricultural areas is posing serious threats to the country’s food chain.

In some locations of the study, the researchers found soil containing cadmium levels more than 200 times the national health standard, adding to a growing body of evidence that parts of the country’s soil are heavily degraded after decades of fast industrialization and high economic growth. All but one of the rice samples exceeded the maximum level of cadmium in rice for human consumption in China. 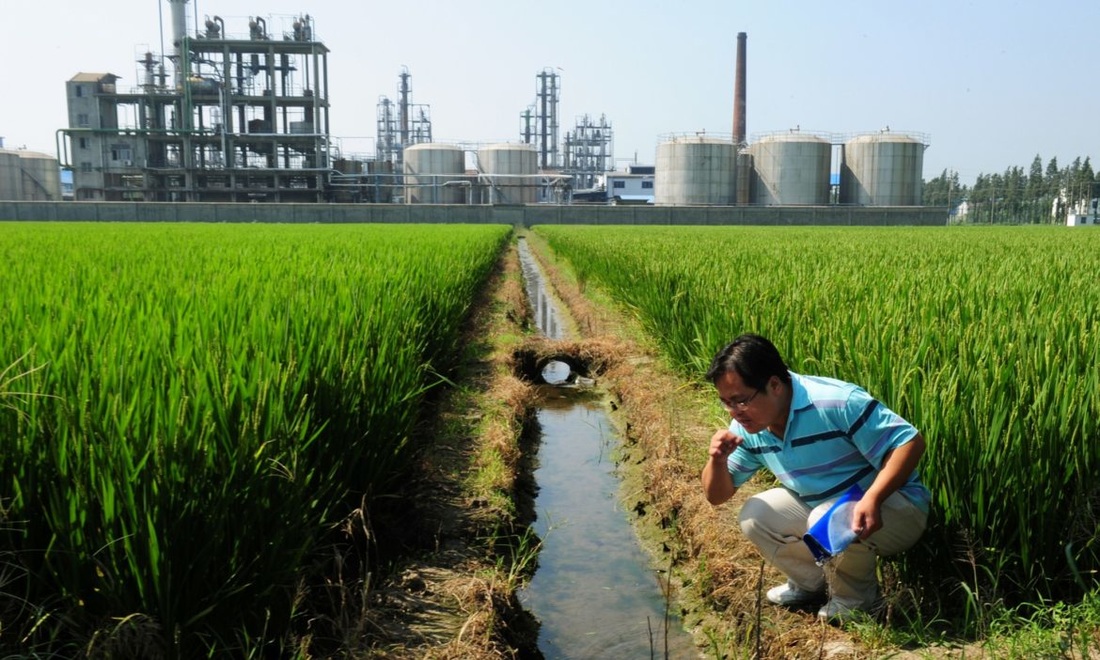 “Cadmium rice” is a well-known term in China since a 2013 Guangdong Province government report that 44 percent of rice samples had excessive levels of cadmium attracted attention. But the Greenpeace study extended the concept by listing “arsenic rice,” “mercury rice” and “lead rice.” Of those four toxic substances, only mercury levels appeared relatively safe.

With “a fast pace of urbanization, China is struggling to save enough land for farming and keep a high rate of grain self-sufficiency. But apart from quantity, whether it can maintain soil health remains a question,” Tang Damin, a communications officer at Greenpeace, wrote in an email. The study tried to pinpoint the source of the cadmium — according to another recent government study, 7 percent of soil in China is polluted with the metal.

Greenpeace noted that many provinces where metals mining and smelting was widespread were also major grain-producing provinces. It supplied two maps that showed colored-in provinces representing metal-smelting areas and grain-production areas that mapped closely to each other. 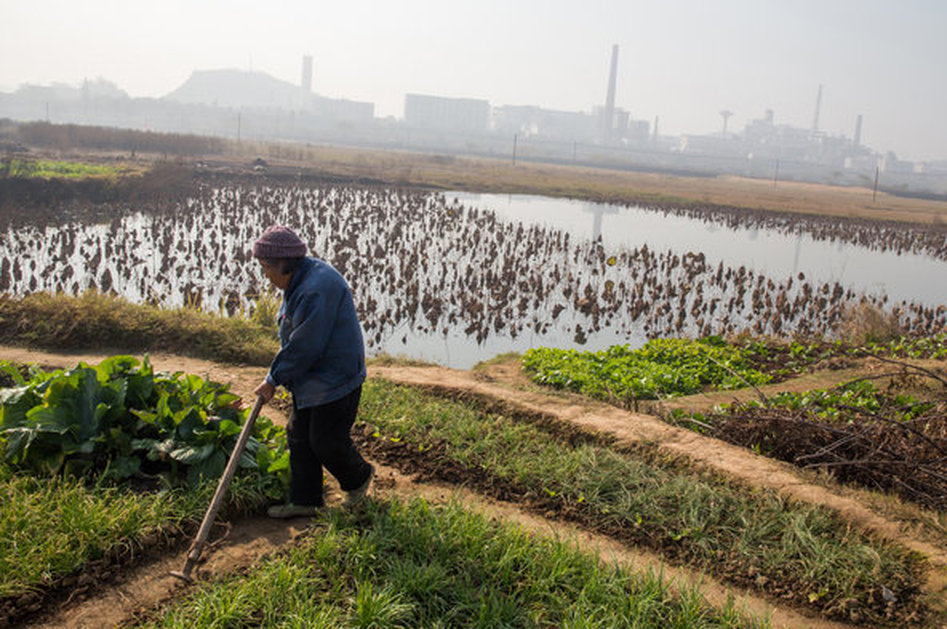 A farmer works her land near a lead smelter in Hunan Province.
“The main sources of cadmium pollution are emissions from smelting plants,” said Chen Nengchang, a soil expert at the Guangdong Institute of Eco-environment and Soil Sciences, chiming with the study’s findings.

In rice, “the cadmium levels were most notable, with all but one of the samples exceeding the maximum allowable level of cadmium in rice for human consumption in China (0.2 mg/kg), with the highest level exceeding the limit by 22 times,” it said. 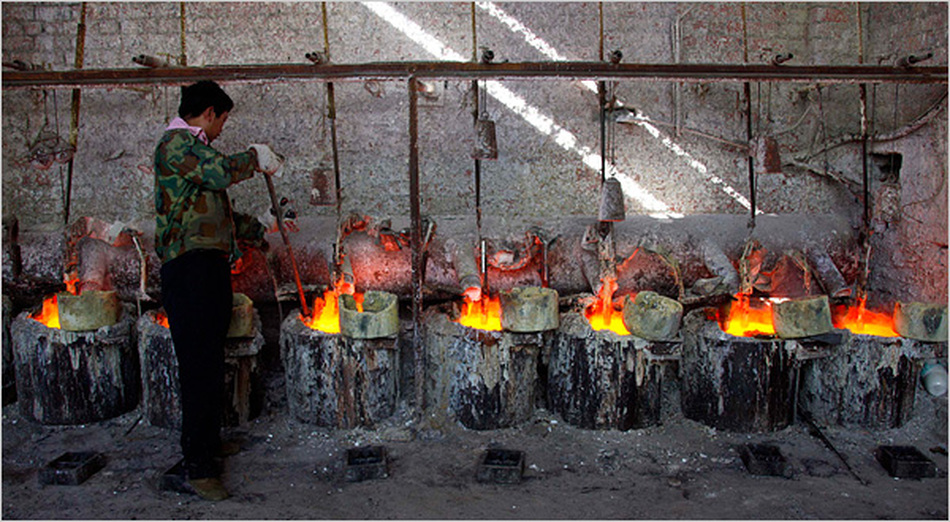 Rare-earth mining in China comes at a heavy cost for local villages.
In a telephone interview, Mr. Chen said : “Cadmium intake through food is a chronic intoxication process by small doses. It’s a very slow accumulation, but its excretion and drainage is even slower. Its half life is about 17 to 38 years, that’s to say it would take that long to reduce by half. Basically once inside, it will stay there — if not all your life, at least the better half of it.”

“About a third of the cadmium absorbed by the human body will concentrate in the kidneys, another a quarter in the liver. Its damage to human health is formidable. Generally speaking, one can’t take in more than two grams of cadmium in a lifetime,” he said.

Rice is China’s favorite food, but it is also unusually vulnerable to pollution as it easily absorbs metals from the soil, Deborah Blum reported last week in The Times’ Well blog.

It is “one of the most widely consumed foods in the world,” and “also one of nature’s great scavengers of metallic compounds,” Ms. Blum reported. Rice contamination with cadmium and arsenic was also an issue in the United States, she noted. However the levels found in the study, in Texas, were “not high enough to provoke alarm.” Last week, the Chinese government disclosed for the first time that one-fifth of China’s farmland was polluted - Source: The New York Times 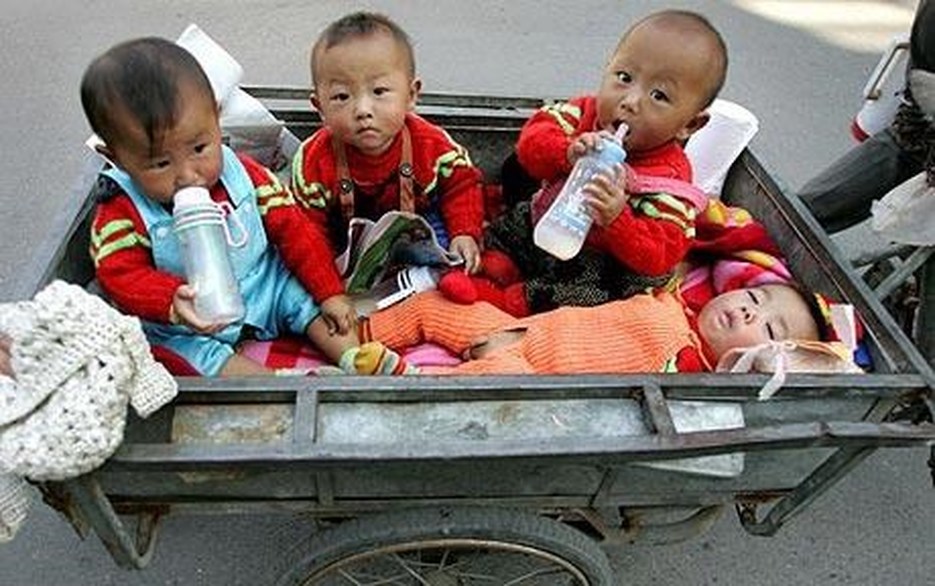 At least 121 children living around a battery factory in eastern China are suffering from lead poisoning, according to officials - The Telegraph